I’m not the Daily Mail and I’m not about to lay the blame of every single teen gun massacre on video games as a result. I am however 36 and has been playing games since 1982 and have even had the odd review published on a games site. As a parent I want to tell you some things about the games your kids might either be playing or want to play because their friends do that you might not appreciate.

The impetus to share my knowledge with other parents has come from reading a question on a parenting site that asked whether it was okay for a 13 year old to play 18 certificate games, specifically Call of Duty and Grand Theft Auto. The parent who asked the question said they sometimes let their boy watch 18 certificate films if they’d watched them first and vetted them but when it came to games, neither of the parents played them and didn’t have the first clue.

Active not passive
Although it is possible to get caught up in a film, especially at the cinema or if it’s in 3D, the act of watching a film is by nature very passive. The viewer sits there and watches the film. End of. Gaming is very different, it is an active experience where the gamers decisions and actions influence what is happening on screen. That’s stating the obvious really but what if I were to give this example: 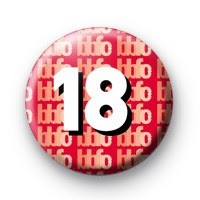 In Pulp Fiction, Jules and Vincent Vega execute Brett in a rather dramatic fashion whilst retrieving a briefcase. They’re a bit nasty in the lead up to it all but that’s to be expected in a Tarintino film. In Grand Theft Auto 4 (and the rest of series for that matter), you can make your character have sex with prostitutes, then beat them up and take the money back or even shoot them.


Okay, you don’t get to see graphic sex but the language is blue, the car rocks to the action and afterwards you can pump the victim full of lead and leave her in a pool of blood. Not quite Space Invaders is it?


Times they are a changing

Video games have changed in the last ten years. The graphics, the capability of the machines that run the games, and the budgets have all increased dramatically. When Rambo came out on the Spectrum in the 80’s, an indistinct little blob shot other indistinct little blobs. Nowadays you can shoot peoples kneecaps off, dismember them with chainsaws or knives, blow them in meaty chunks with hand grenades and a million other graphic deaths. When the original Playstation came out in the mid 1990’s the storage format from games changed from cartridges (like the Nintendo DS still uses) to CD and over night the storage increased by several hundred times, allowing for video clips, animated sequences, which when coupled with the powerful 3D capabilities of the new machines saw the beginning of the march towards ultra realistic graphics in games.

That’s not to say I subscribe to the school of thought that says “Ban this sick filth!” because I don’t and for some very good reasons. Did you know that market research in 2008 showed the average gamer had been playing games for a minimum of 12 years and was around 35 years old? These violent 18 certificate games are targeted at 30 somethings who have the life experience (and maybe the maturity) to differentiate between fantasy and reality. They can see that games like Grand Theft Auto have their tongues firmly in their cheeks. And lets not forget that these games are certified, albeit in a confusing manner at the moment. Games with certain themes (like violence or those that encourage criminal activity) are certified by the BBFC, the same organisation that certifies films. This will be passing to the Video Standards Council soon but the principle is still the same. For those that fall outside of this remit, the PEGI voluntary rating scheme is used.


The numbers behind the video game industry are frightening, in 2009 in the US alone, revenue from the sale of games was over $10bn. There are games out there that have the budget of a Hollywood movie, and the gritty realism to match. You wouldn’t let a child go to the cinema to watch something like The Expendibles on their own, why would you let them play an inappropriate video game?