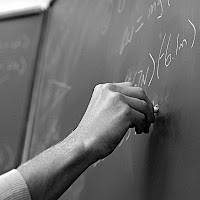 Chris Woodhead, the ex chief inspector of schools in England is at it again with a seemingly bonkers riposte to the governments exploration of raising the school leaving age to 18, as detailed in an exclusive interview with the Times. If, like me, you don’t like paying the Murdoch empire a penny, the BBC has a report on it. The headlines you’ll see will be about Woodhead’s suggestion of dropping the leaving age to 14. Of course there is a lot more to it than that but we do live in a soundbite society don’t we?

The cynic in me says 18 is a heck of a lot better than 16 because currently, as we enter the double dip of the double dip recession,the largest group of unemployed are the young school leavers. So obviously it’s in the governments interest to keep all those thousands upon thousands of school leavers off the unemployed statistics for another year or two. But I’m trying ever so hard not to be cynical.

No matter how some want to couch academic failure as deferred success, want kids to play uncompetitive sport or whatever, at the heart of the matter, there are a lot of kids that aren’t suited to academic education past a certain point. It doesn’t make it any different if you give it a name or call it a syndrome, school doesn’t make them happy and they’d rather be off elsewhere doing something else.

Of course Chris Woodhead isn’t suggesting we abandon 14 year olds to work on building sites or deliver sofas. He uses words like apprenticeship and further vocational education. This may be as hopeful as he suggests the government are being, already there are lots of comments about how difficult it is to get placements for apprentices training at the moment, let alone after a huge swath of 14 year old are let loose on the market. I’m unaccountably reminded of the world of the Tech College that Tom Sharp pictures so well in his Wilt novels too.

Woodhead paints the two diametrically opposed positons as reality (his view) versus idealistic hope (the governments view) but both have elements that are laudable. Is it really wrong to try and educate people to better themselves? History tells us it was only 250 years ago that the fight to get any education at all for a lot of kids who would otherwise be down a mine or working in a factory during the industrial revolution actually began. If you go back three or four generations in my family, we were all tenant farmers. Is it a big step backwards taking so many children out of academic education at a relatively early age? An age where they might be more swayed at earning 50 quid a week working than actually learning things that they might regret not knowing in later life?

Getting access to education later in life is nearly always expensive and time consuming, are 14 year olds really old and mature enough to make that decision? Conversely if they’re not in school due to truanting, does it make a real difference?

I’m torn on the subject. I suspect what it will mean is a large number of boys leaving school at the earliest opportunity. Will this lead to a widening of the influence of public schools in providing leaders, both political and in business or is that a moot point?

On the other hand, will it mean that with the disruptive influence removed from the classroom, we can begin upping the standards in GCSE’s, past the farcical state where an A is so meaningless they’ve had to come up with an A* grade?

What do you think on the subject? I’ll leave you with the words of Pink Floyd from 1979, from Another Brick in the Wall Part 2…