With Christmas less than a month away (PANIC!) one of the best ways of saving a few quid is to go to a price comparison website and that’s where you’ll find Idealo quite handy. You’ll find loads of great bargains on there for example this Fisher Price Laugh and Learn Puppy which can be found on the web from £15 to £32.99. I’d be really annoyed if I hadn’t looked at Idealo to find the cheaper price!

There is a reason for me picking Idealo as a suggested price comparison site as they challenged me to spend £75 of their cash finding the best stocking filler toys for my kids. Apparently a few years ago the average spend on Christmas presents was £75 per child. With toys getting ever more complicated and expensive, getting a good range of products for this price was a real challenge, even with the help of a price comparison site. A lot of retailers are now getting stingy on free delivery, which can suddenly make things uncompetitive.

This is what I chose in the end: 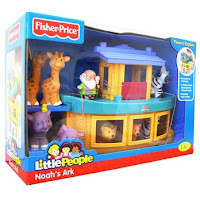 Fisher Price Noah’s Ark
We’ve recently got Fifi a Playmobil Noah’s Ark, so we thought it would be good to get another one for her little baby brother who is due around Christmas. One of the ways of her welcoming the new baby into the house is going to be giving it a Christmas present!

Hot Wheels Mega Garage
The boy is a massive Hot Wheels fan, but until now he’s had to put his toy cars down a Little People garage ramp, because that’s all we’ve had. He is going to be enormously pleased with this on Christmas Day.
Peppa Pig Sticker Fun sheets
As a final filler, I got Fifi some Peppa Pig sticker sheets. She absolutely loves stickering things, people, furniture, toys, anything that doesn’t protest too much really. I can honestly say I’ll happily endure Christmas plastered if it will make her happy. 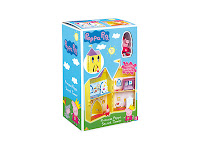 Peppa Pig Secret Tower playset
We’ve got a lot of Character TV themed playsets, ranging from Postman Pat to Fireman Sam and a couple of Peppa Pig ones too. The best thing is they’re all to the same scale, so there is often interactivity across the brands. Like most two year old girls, Fifi is an enormous Peppa Pig fan, even though I find it slightly condescending towards Dads (Daddy Pig is the worlds most useless idiot isn’t he?) 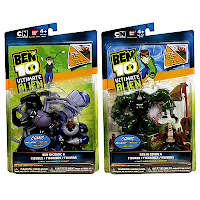 Two Ben10 Ultimate Alien play figures
Power Rangers and Ben10, Action Man, G.I. Joe all fight and have adventures together in our house. If only Ben10 wouldn’t change into so many pesky aliens, we’d probably not have the endless demands for additional aliens. Occasionally they go on the rampage against Peppa Pig but small girls appear to be a lot more ruthless than boys, so this usually ends in tears.

Not bad for under seventy five quid eh? I’m really pleased with this little lot and I think the kids stockings will be bulging.

Looking around without using Idealo gave me an idea of how much of a nightmare it can actually be getting a good deal. Some retailers were selling at RRP, some at a big discount but with hidden postage costs or no actual stock in. Running it all through a price comparison site, that covers a large number of reputable retailers is a real time saving.

Idealo.co.uk don’t just act as a price comparison site for toys, you can find pretty much everything on there including fashion and electrical stuff. I’m on the hunt for a decent priced media streamer, I have been keeping an eye on the site with a view to getting a pre-Christmas bargain. Keep your fingers crossed for me. And for wifey who undoubtedly will have to put up with the cursing and swearing I go through to get it to work.

Many thanks to Idealo, their generous gift has really helped us this Christmas and I am sure there are two small people who will be thrilled come the big day!