The astute amongst you may be aware that we added a new small baby to the family on New Years Day. Well, I say we, I obviously mean wifey, my involvement was about 3 minutes almost ten months ago. NHS cuts meant our local hospital, the QEII in Welwyn Garden City, no longer has a maternity unit, so we had a longer trip up the road to Stevenage. The Lister hospital has a brand spanking new maternity unit. Which is 30 miles away.

Not that it would have mattered of course, if a little bit of common sense had been applied. Wifeys waters broke at the usual time, 2am. I actually heard them pop as I’d just nipped to the kitchen to get some cold & flu and was just settling down. We had an abortive trip to the hospital for a bit of monitoring in the morning and were home for lunch. I don’t know why they got us in, I just think they take a perverse joy in it.

We ended up going back in late afternoon as wifey was running a bit of a temperature. On the ward there were a couple of other labouring mum’s making varying degrees of fuss. One lady seemed to have been there for a week or so and was even on first name terms with the cleaner, the other woman hadn’t even got a softening of her uterus but was screaming, panting and making a fuss like a woman about to give birth that very second. I’m a man, therefore I wasn’t in any sort of position to call her a drama queen but wifey did. Quite loudly too. Not that she would have heard over the panting and shrieking of course.

So far so good, even though on New Years Eve the cafe closed 45 minutes before it was supposed to have, leaving us to subsist on Walkers Crisps and chocolate. Then things took a turn for the weird. The hospital leaves it 24 hours from the waters breaking before inducing a pregnant lady. Since wifeys waters broke at 2am, they decided to induce her at 8pm. The Labour ward’s visiting hours finish at 8pm. You can see where this is going can’t you? 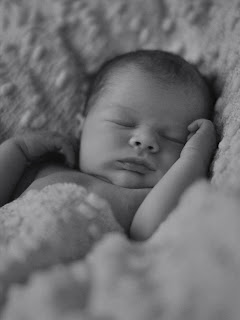 I was allowed to wait about half an hour to see if there was any effect from the pessary and then booted out. I popped out of the hospital complex in the car, racking up more carparking charges in the process and failed to get a Burger King from the local restaurant so had to settle for a McDonalds. I then returned to the secure access lobby to wait. Around ten thirty, I hunkered down on the sofa for a bit of a kip as I had an inkling it was going to be a long night. Each of the wards was also behind a secure door, so I was a bit confused when I was woken up by a midwife and ten past midnight and effectively thrown out of the hospital. Apparently I was a security risk. That’s right, I’d be let into a secure access lobby and with my wife all of thirty feet away, I was now a security risk. In hindsight I think it had a lot more to do with the hospital wanting to charge me at least £100 to stay in one of their amenity rooms rather than any security issues but there you go, a return to the bad old days of a two tier health service for the haves and the have nots. I was grade A fobbed off, told that nothing was likely to happen overnight if it hadn’t already and that it didn’t matter that it was our third one jot.

I did complain but not too vigorously as I didn’t want to be refused re-entry. If they were going to be jobsworths, they could really stuff me up by refusing to let me in when the baby was actually born. It was about twenty past twelve at this point and although it was mild, it was far far too cold to sleep in the car (did I mention the clutch was on it’s last legs? No? We thought it would make things more exciting but I couldn’t actually let the engine run to keep warm for fear of breaking the car). And so it came to pass that I was at home on the sofa at quarter past one in the morning. I’d literally just taken my shoes off when my phone went. “I’m in labour, they’re taking me to the delivery suite, hurry!”

Since this is a public record, I did exactly 70mph on my return trip to the hospital, and not a mile an hour more. 22 minutes later I was pegging it up to the entrance. My phone shows that at 1.48am I tried to call wifey to get the staff to let me in- they hadn’t answered the entrance intercom on any of the four wards for over 5 minutes. Of course I later found out wifey was giving birth at that exact moment, so was unable to answer her phone. She wasn’t even on twitter, so it must have been intense. Fortunately a new dad needed a ciggie and let me in on his way out. I got into the delivery suite just in time to see the baby’s arm follow his head out.

So I more or less saw little Danger (it’s his middle name) being born but the hospital robbed me of the chance to be there for my wife and support her during her labour. Yes it was a quick one and the midwives actually told her to cross her legs in the lift, but since it was our third baby and they knew we lived 40 minutes away, should they really have sent me home ? Personally I feel massively let down by the treatment I had at the Lister. It made me feel that dad’s are genuinely second class citizens, as well as guilty for not being there for wifey.

Still, at the end of it all we have a true miracle baby and I suppose that’s whats really important isn’t it?