There are certain things I would definitely do if I were in charge of planning a wedding, and not all of them would be likely to get the wedding called off either. Long ago I realised asking a lady to walk down the aisle to the Imperial March from Star Wars is a sure fire way to get her back up.

I think the first thing I would do would involve the wedding invitation cards, not the design or the quality of card they’re printed on or anything like that, just who they’re sent to. You know those elderly relatives that only seem to come out of storage for weddings and funerals? Well they wouldn’t get an invite for starters.

I’d keep it all traditional though, we did have a lovely church wedding ourselves almost 7 years ago. There’s no point turning it into something that your future wife will hate, this is after all her big day and you want to remember it for the right reasons and not because it’s destined to appear in a future episode of You’ve Been Framed. 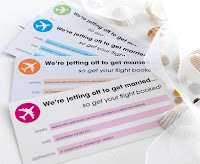 Being a bloke though I am obviously inordinately organised so to that end I would chose some obviously sensible wedding accessories. Some table plans that would be based on my favourite scene from the Cannonball Run (the bit where Burt Reynolds and Captain Chaos stop at a diner with the pretend Nuns), and so would detail the seating as “boy-nun, boy-nun.” Of course only my mates would really get that, so there would be a fairly large number of confused people around.

If at all possible, the reception would have a Motorhead covers band (or one of the three genuine Hawkwind bands that seem to be permanently touring at any given time) because lets face it, everyone plays Wedding Singer style 80’s cheesy classics at their wedding reception and a bit of metal would be a nice change wouldn’t it? Of course the real clincher for the perfect day would be the perfect woman and I was lucky enough to get that myself when I married my wife :)