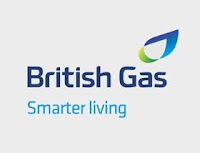 As the lucky winner of a Nissan LEAF electric vehicle in Nissan’s Big Turn On Competition, I was faced with a welcome problem when I found out I’d won.

How the dickens was I supposed to charge the car? During my time test driving the vehicle, I rather naughtily ran a cable under the garage door and charged the car overnight that way. Unfortunately we now no longer have a garage door. Or a garage for that matter. No, we now have a playroom and have successfully decanted the kids and the vast majority of their injection molded stuff into what used to be the garage.

Fortunately some enterprising council lead scheme has seen a company install 4 charge points across our fair city of St Albans. Parking is free and for a tenner a year you can register your car and charge them up.

However, there are 3 ways of charging an EV, and the standard way, the way these charge points employ, mean that it’s roughly an 8 hour recharge time. Not much use unless you want to leave your nice shiny new car on the public highway all day or night. For the record, I don’t! And that’s before you get into the situation where camper vans see them as a viable parking spot.

So before British Gas got in touch, I was thinking about running a cable through our letter box in a real Heath Robinson style bodge job. I wouldn’t have been completely irresponsible, I would have used an RCD as well. Honest.

Fortunately British Gas did get in touch and said “Hey! We do electricty too you know!” As part of their smarter living scheme British Gas survey and install domestic EV charge points. It’s not all smart meters and clever indoors stuff, although they do obviously do all of that too.

Since it’s a company of British Gas’s stature, you’re immediately assured your £30,000 car isn’t going to fall foul of a bit of dodgy wiring, and their staff are always very polite. 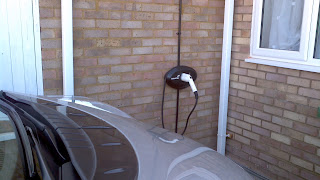 Once I’d said “Yes please, feel free to fit me an EV charge point for zero of your Great British pounds.”, the whole process was very well managed. I had a call for the site survey, a reminder via text message, and the same for the actual installation.

Initially I was surprised that the chap thought it would take two days to install but the level of the installation and the safety aspect of the installation soon became apparent. The charge point was earthed to the rising main on one end, and into the front garden on the other (I think this was to earth the car whilst charging).

There was some nice trunking hidden away inside on our nice new walls, and the actual charge point itself is tucked away next to what used to be our garage door.

The whole process from booking the site survey to installation took under two weeks and was done with an air of professionalism I could easily get used to.