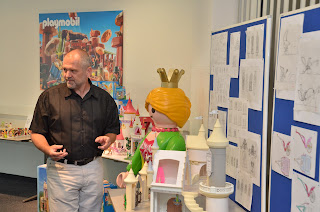 As I’ve already talked about in a previous post, the care and attention that goes into designing Playmobil figures and sets is almost without precedent in the toy industry. Heck, for their 123 range, they don’t even use safe recycled (from their own manufacturing process) plastics, it’s all brand spanking new.

But I did promise to show how that process actually works because it’s not either magic or some bloke whittling a large block of plastic down. Having said that, by the time we’d had our tour of the factory, I was veering towards the magic side of things. The sheer precision with which the silicon paint is applied is frankly astonishing and the ability of the injection  moulding process to do two colours of plastic at once is mind boggling. But I’m getting ahead of myself so lets go back to basics.

After a design has been finalised, the next step in the process is to make a mould. Each individual part of a figure or set has it’s own separate mould. These are made out of steel and are incredibly heavy. Often they’re put together in rows for the injection moulding machines so more than one can be punched out at any one time. The picture below shows one side of a horse mould. 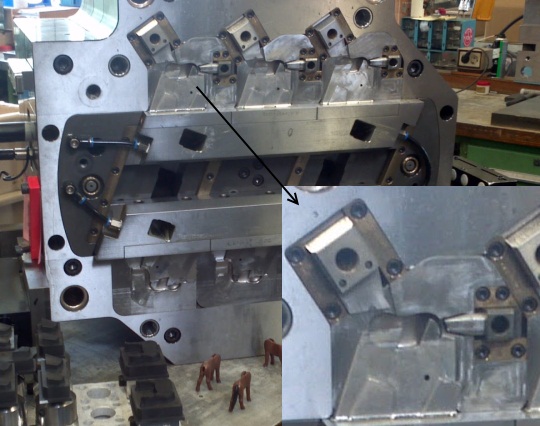 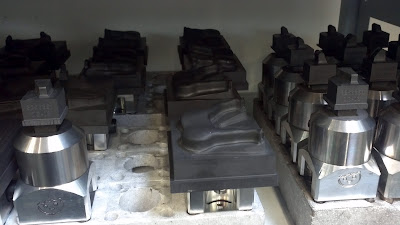 So these enormously large moulds are then shifted via fork lift truck (you wouldn’t want to drop one of those on your foot) to the factory floor which looks like something out of a sci fi film. 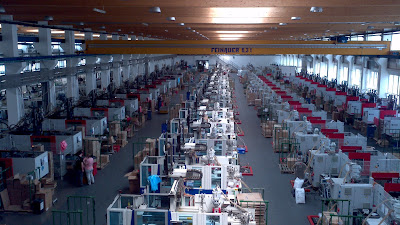 These huge great machines (check out the scale by looking at the person) hydraulically push both sides of the mould together, inject coloured plastic into the mould, and then pull apart to allow the moulded pieces to get removed onto a conveyor belt.
There is some waste plastic but long strands are simply the plastic that’s set in the conduits into the mould proper. This can and is recycled onsite.
The plastic pellets that are actually used in the manufacture process are housed outside in large silos that have underground pipes running to the factory. There is a lot, and I mean a lot, of piping in this place: 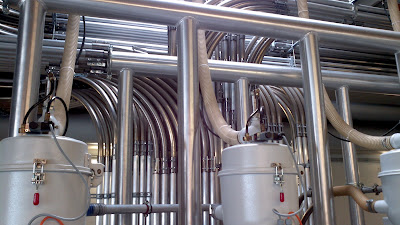 But what comes out of the press? Well in this instance, we got some legs. Not just any legs of course, bona fide North Pole Santa legs. In 3 different colours and thanks to my one handed shooting, not entirely in focus either: 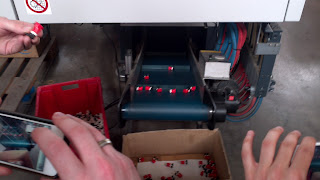 So there you have it, that’s how little pellets of plastic are turned into Playmobil. In case you ever wondered. 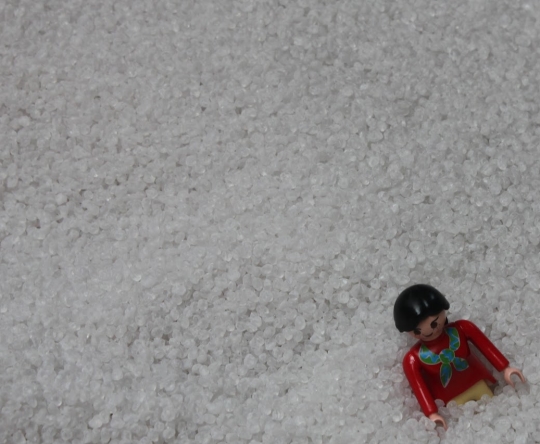