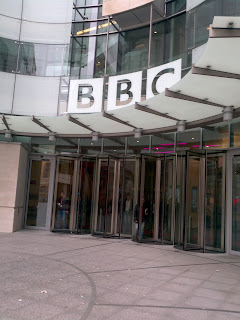 The Jimmy Savile scandal is one of the major news stories of the decade here in the UK. A deceased radio DJ, TV presenter and general “personality” who worked with children across 5 decades has turned out to have done a lot more than work with them. Currently the police are investigating more than 300 instances of child abuse tied to the man, with more coming in on a daily basis.

Savile spent the vast majority of his professional life working for the public sector broadcaster, the BBC and there have been allegations that some of the offences occurred on BBC premises. Of course there were also allegations that newspaper editors got phone calls any time some victim went to the press, saying that Savile would pull all his considerable charity work if any lurid stories were published. Everyone in the media is culpable to some degree or another.

However over the three weeks that this news story has developed, the BBC’s handling of it has, in my opinion veered off target. There have been some internal issues at the BBC; the culture in the 1970’s has been criticised and some editorial decisions more recently involving pulled stories involving Savile before the scandal broke, and these issues are now coming to dominate the BBC’s coverage of events. Somewhere, something has been lost in what I’d describe as a morbid attempt by the BBC to crucify itself in public.

Anyway, the BBC have a weekly programme called NewsWatch that lets viewers comment on how the BBC report news, so I emailed my thoughts in. Next thing I knew, I was in the new Television Centre at Portland Place, spending 5 minutes in make up.

You can watch the whole show (it’s not very long) in context on the BBC iPlayer here.

What Jimmy Savile did was horrendous, lets not forget what the story is really about…