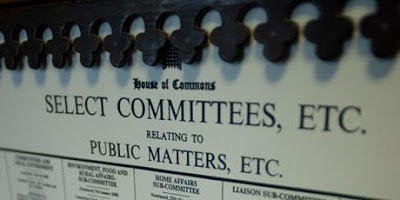 Wouldn’t it be great if we could stop cutting services here in the UK because the government was getting all the money it’s owed? Cutting services and making savings is really going after the low hanging fruit; it’s easier than tackling the bigger problems of inefficiency in the system and tax avoidance/evasion.

Thanks to Reuters investigation into the amount of tax Starbucks pay, the Public Accounts Committee is now grilling a lot of multinational companies over their technically legal (but morally wrong) business practices. You know, like Amazon funnelling all it’s profits through Luxembourg (15,000 people employed in the UK, 500 in Luxembourg yet no tax paid in the UK), or Starbucks charging itself large royalty fees to syphon profit out of the UK, or Google employing people in the UK simply to transfer phone calls to Ireland so ads can be sold there in a low tax environment. You can read about how the multi-nationals fared on the BBC.

The companies came up with some jolly spurious arguments, like saying they contribute a lot of PAYE (they don’t, their employees do) and VAT (again they don’t, it’s an end user tax levied on you and me as the end purchaser that companies just collect on HMRC’s behalf), which hasn’t helped matters much either.

But is there firm policy behind this or is it just political grandstanding?

You see the Public Accounts Committee will be very aware of the HMRC Tax Gap Analysis report that was issued in October (copy in PDF here). HMRC regularly look at what they call the tax gap. This looks at the amount of tax that Revenue & Customs thinks it should be collecting based on a very detailed and robust analysis and compares it to the amount it actually receives.

At the moment the underpayment, the tax gap, stands at £32bn for 2010-2011. Collecting this “missing” tax could clear the deficit in 3 years with no cuts to public services.

And according to HMRC:

We estimate that the small and medium-sized enterprises (SME) customer group is responsible for nearly half of the tax gap, and that most evasion is carried out by SMEs. In addition to the wide range of tailored and targeted educational support, which aims to provide customers with greater certainty that they have got things right at key points in their business lifecycle, we have invested heavily in additional compliance staff to tackle evasion, and in cutting-edge technology to identify it sooner.

The cynic in me worries that public roastings for multinationals is nothing but an attempt to look good in front of the camera and will see no real improvement in tax revenue collected. Unless of course the government then follows it up with more headline policies to go after small and medium sized businesses who account for about £16bn a year of missing tax from home grown enterprises that don’t turn over billions.

Of course it’s important that tax avoidance (legal but morally questionable) and tax evasion (illegal) are dealt with because fundamentally the money to run the country comes from tax’s collected and if money isn’t collected, then services have to be cut. I’m sure people will argue to forcing companies to pay this tax over will put some of them out of business or push inflation up but that misses the point that it’s profit that’s being taxed- if the companies weren’t making a profit they wouldn’t have the tax liability in the first place that they’re trying to avoid.