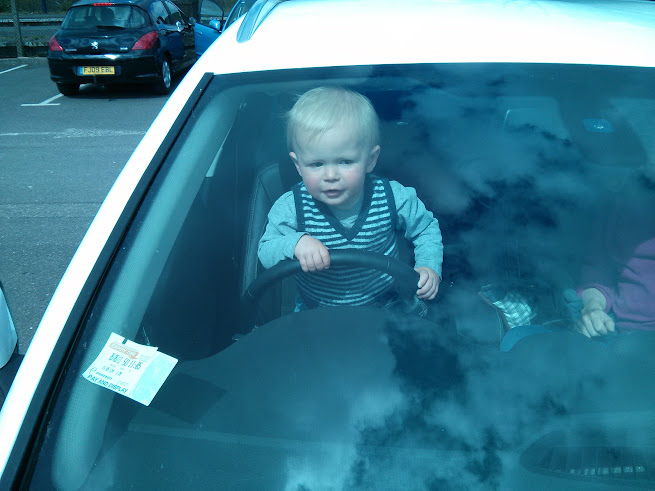 I’ve driven a lot of cars in my time in a lot of different countries (and even on a couple of fairly famous race circuits like The Nurburgring and Ferrari’s own Fiorano test track). I’ve even been bamboozled by the German language satnav on a VW Sirocco Yuri and I hired in Germany once but nothing strikes fear into me or anyone that knows me as the words “road atlas” do.

So when Car Hire Market contacted me and proposed I took part in a speed limit/sensible driving road race from our house to a secret location, against another blogger, with one of us using a road atlas and the other a satnav, it was almost a fait accompli that I would get the road atlas part of the challenge. Like I said, I have some demons to exorcise in this area…

Road atlas’s and I started our tempestuous relationship in 1995 when I got my first car, a natty C reg Vauxhall Nova with 78,000 on the clock. It cost me a little over £1,000, which in turn worked out as the entire 12 weeks of the university summer holidays working in a bacon packing factory from 2pm until 10pm. I was at university up in Lancaster and, freely liberated by my wheels, embarked on a series of road trips with some chums. Back in the mid 90’s, not a lot of students had cars. I knew about a dozen people with one, all of which were in various states of becoming clapped out.

4 of us were on a trip to South Wales, to a hostel of some description. I merrily jaunted down the M6, noted a sign post for North Wales, and decided to continue on the basis that if they were that geographical specific, the sign post for South Wales would be a long shortly. It wasn’t, and we ended up in Northampton for a cup of tea at Hope’s mum and dad’s place. If only I’d actually opened the road atlas.

My second navigational disaster wasn’t entirely my fault. We were on a family holiday in Scotland (the last one I went on with my parents and brother actually), when I failed to find Glasgow. I was in the second car with my mum driving but there were mitigating circumstances- our 1975 hardback Shell Road Atlas was so old at the time it completely omitted the M8. Which is Scotland’s busiest road. We got half way to Aberdeen before we managed to correct ourselves.

So you can imagine my joy at the prospect of navigating somewhere two hours away from our house with only my wits and a road altas for company. Oh, and wifey and the three children too of course. Needless to say the Haribo had been cracked open before we even left our estate.

I had a nice surprise when I strolled down to our local Enterprise rental place to pick up the car that Car Hire Market had sorted me out with. It was a large white Mondeo Estate, and the hire price on the invoice was really rather impressive- £128 for the bank holiday weekend- picking up Friday and returning Tuesday before midday. If that’s the sort of deal that an aggregation site can find, I’m all for them. The car was pretty awesomely spec’d too- it even had heated/cooled driver and passenger seats, on top of keyless ignition and parking sensors.

So the morning of the challenge came and we loaded up the car, poured over the road atlas, took the kids out for ANOTHER wee, put the kids back in and then, finally, set off.

Our destination was a carpark on Victoria Street in Spalding. Spalding itself was relatively easy to find using the road atlas Even with the cries for sweets starting before we’d actually left the estate, we were able to concentrate enough to get most of the way to the town with only one pit stop. The fun and games started when we actually arrived in Spalding for our mystery event.

Road altas’s have a section at the back with major town centre maps in at a higher level of detail than the general road maps. Spalding is by no stretch of the imagination a major town centre, so after a few minutes of fruitlessly driving around, we decided to park up and explore on foot.

So we parked up at the train station and, after getting distracted by some rather nice vinyl in a local charity shop, finally stumbled across the aforementioned road, only to find the car park had a funfair installed on it!

I checked my phone to find a message from the organisers saying we were being relocated due to the fun fair, and so it was we rendezvoused with the challenge masters from Car Hire Market (dot com) and eventually, Clare, who had got marooned in the traffic that was heading in for the flower parade.

So we’d won the challenge by dint of not getting stuck in a horrendeous traffic jam- we came into Spalding from the opposite direction! We had a great lunch in a local pub and then headed off to the flower parade: