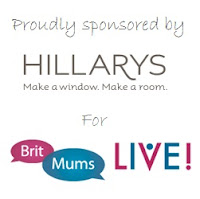 Saturday saw me abandoning the family to a soggy St Albans festival to go to Britmums Live. I’d missed the Friday afternoon stuff due to work commitments and a rather interesting trip to the opticians with the boy.

I got my timings horrendously wrong and ended up arriving part way through the opening keynote (which was a mite early for a Saturday morning), so I had a wander round the sponsors area and a nice cup of tea and a biscuit. I’d only gone to the BiBs last year and in 2011, Britmums was actually CyberMummy but with the exception of the name, it was very much the same.

Having found some of the sessions a bit lacking last time, I tried to select my sessions from professionals, rather than from self taught bloggers. The WordPress session back in 2011 was a case in point. With that in mind, I went to a session on Building you YouTube audience, one on shooting video, another on WordPress and one on activating your social media network. I’m pleased to say with the exception of the first one, they were all great. 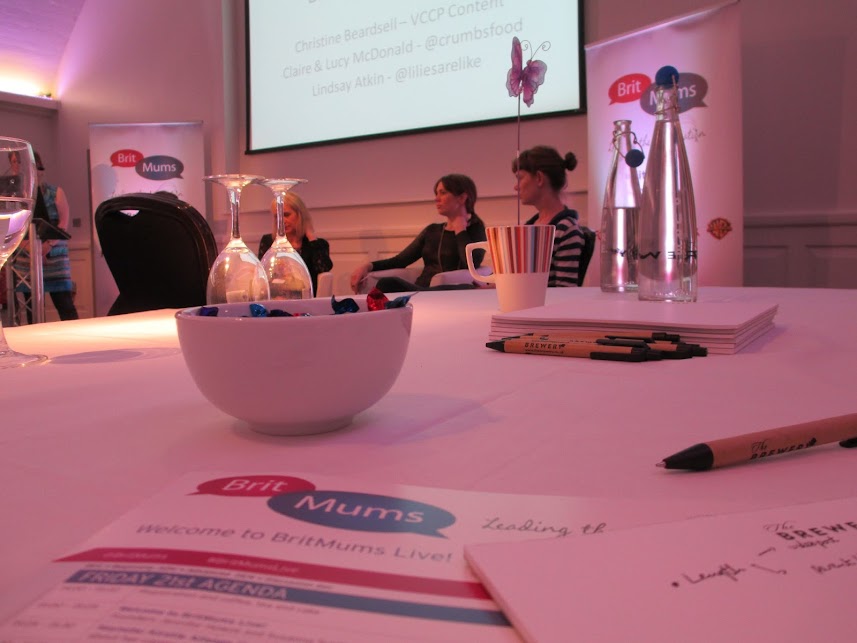 The YouTube session failed for a fairly basic reason- although lovely people were on the panel, they really only talked about their YouTube channels and their experiences. Yes, one of them had 50,000+ subscribers and a few of her videos had over 250,000 views but I left the talk none the wiser as to how I could grow my audience- my channel has only around 18,000 views in total. It was a missed opportunity, which is a shame.

The video session with the awesome Nigel Camp blew me away though, and a lot of his material is on his blog, The Video Effect. Nigel is one of those rare people who knows his stuff, is willing to share it AND is an effective communicator. I came away from his session brimming full of ideas for making better videos, and lets face it, if you’ve ever seen any of my videos, you’ll agree that can only be a good thing!

This is one of the videos off his site, I’d advise you to check it out if you’ve any interest in video:

Make a video using a smartphone or iPhone from Nigel Camp on Vimeo.

The WordPress session was similarly useful- the speaker was addressing a wide level of abilities, some who knew their limits and some who thought they knew more than they did, but overall I came out knowing more than I did when I went in, which was good.

The final session I went to on activating your social media network was interesting too. Another professional expounding the use of G+ as the future, which is good since I’ve had a G+ account since it wasn’t popular to have a G+ account. I’m none too sure about tying my linkedin profile to my blog since the worlds of parent blogging and accountancy don’t mix very well but overall he sent me away with some food for thought. It was lead by Paul Armstrong, who is a very fast talker! He’s just sent me the embed code for his presentation, which is below:

So those were the sessions I attended, the majority of them were pretty good but I did set out with an agenda of picking sessions that looked like they would be useful. I’ve heard various comments on some of the ones I didn’t attend but you can gather those for yourself, there are certainly no shortages of posts about Britmums Live.

The other aspects of the conference worked well for someone who is naturally gregarious like me- it was nice to meet people in real life who I’ve only ever chatted to online- big up to Bod for Tea, sorry I only had the briefest of chats with you but it was good to finally meet you. Conversely, with so many people about and with my terrible faculty for names and faces, if you spoke to me and I spoke to you and we ended up following each other on twitter, please do say hello, because I am that useless I’ll have probably forgotten your name within the week. You’ll forever be that person I sat next to in that session.

This is well illustrated when I attempted to introduce the Mutterings of a Fool to Me the Man and the Baby, but I got his surname wrong. Sorry Mr TIPPING.

Once again it was interesting to be in the minority as a dad at a parenting event that has been marketed to and sold as an event for mums- some of the sponsors looked confused when I strolled up and chatted to them but at least I had a jolly good chat with the PR chap from Acer. I really love the look of their W5 tablet/laptop hybrid too.

It was also a pleasant surprise to make it into the paper without actually talking to anyone from the paper- if you look carefully at the article below which chats to Darren, Lewis and John, you’ll see one highlighted on the right as one of three dad blogs to read. Which is nice.

Apparently on the Friday, one of the organisers suggested during the opening presentation the mums might like to talk to a dad blogger to make them more welcome. I’ve no idea if this is true or not but if it was, it comes across as well meaning but patronising. Yes, dads are a statistical anomaly in the parent blogging arena, making up about 5 or 6% of the UK blogs but I’ve known some of the mums at Britmums Live for over 4 years, ever since the June 2009 Rain Forrest Cafe meet up and they are for the most part perfectly normal and capable of talking to a man without requiring special training.

In fact I could hardly stand and talk to anyone without a couple of people walking past and saying hello to me- I’m sorry I didn’t get a chance to talk to everyone I’d have liked to, there was for once a limited amount of me to go round. I think on these occasions you have to decide whether you’re going for the social side or for the sessions, and I tried to split it a little too tightly. I feel particularly guilty about hearing Emma say she found some of my YouTube videos funny, only to run off immediately after she said it to another session. It must have looked like I was just basking in the glory before going and come across as very rude. I also found I wasn’t following people on twitter I’m sure I was following on twitter, which seems to happen all too often nowadays!

I was able to go to Britmums Live this year because of the largess of my sponsor, Hillarys (with two L’s) Blinds. Hillarys Blinds  were kind enough to pay for my ticket and train fares, which meant I could afford to buy some Omlett Chicken food for our hens with the money I’d saved. The picky hens have decided they don’t like the cheaper food from our local farm shop. But I digress, thanks again Hillarys Blinds, and please be sure to check them out if you ever need made to measure blinds. We did previously when we needed a blind for our newly refitted bathroom and we were very pleased with the service.