As a bloke I have a warm glow of pride when the 6 year old works the Boxee Box on his own, or the 4 year old entertains herself on the iPad without any prompting. They’re growing up in the technologically advanced world that Tomorrows World used to promise was just around the corner.

I’m 38 but I still have the Gadget Lust. I’m eagerly looking forward to seeing the Xbox One (and to a lesser degree the PS4) in action but won’t be able to afford the cost or time investment to get one. There are however a number of other gadgets I’ve had my eye on for a while and thought I’d share with you.

Aside from having possibly the coolest name for anything in the history of things, the Oculus Rift is also fairly unique (at the moment at any rate) in being a virtual reality headset that looks like it will be both technically competent AND affordable. The idea of strapping a headset on and being fully immersed in a video game has been knocking around for donkey’s years but keeping the concept of donkeys to the fore, most attempts at implementing it have sucked donkey balls.

You can watch a demo of a prototype in action:

It’s not available at retail yet but should be properly revolutionary when it is.

I first came across Memoto on BBC’s Click! of all places but have been following it’s development with interest. Basically the Memoto device is a a lifelogging camera- you wear it clipped to your clothes and it automatically takes a picture every few seconds, providing you with a log of what you’ve done at the end of each day.

I love the idea of getting a log of what you’ve done during the day without interrupting the moments to take photos. I liked the idea so much, I had an email exchange with the marketing director with a view for borrowing a pre-release version for Britmums Live but sadly they couldn’t logistically manage it. Like the Oculus Rift, the Memoto is Kickstarter crowd funded and should be out soon for $279.

I recently sat in on a Skype conference call which ran through a demo of the new SuperHub and I came away very impressed. Our cable broadband is about to get upgraded to 100meg but I worry that parts of our existing home network don’t actually get near that speed. For example the media streamer in our bedroom talks to the rest of our network at a paltry 32Mb/s, which is more than a bit feeble.

The wifi range on the new SuperHub looks so much better than anything I’ve used so far, so it might just sort this problem out if I get a decent bridge- Virgin even had a bloke on a roof a long way off connecting to it via his smartphone, it was that good at the wifi thing. Currently we use a separate router to our original SuperHub but if I can get my mitts on one of these, things will change. It looks like Virgin have taken on board all the issues people initially had with the original SuperHub and over-engineered it’s replacement to be as good as it can be, which is about as far from what you normally get from ISP supplied boxes as you can get. I particularly like the way you can turn the LED’s off in the settings.

The New SuperHub is available to all new customers on 60meg or higher connections and as a £50 upgrade to existing customers.

I’m a fan of tablets and a fan of netbooks. Which is a shame as netbooks seem to be on the way out, replaced by ultrabooks at several times the cost. Such is progress eh? Well recently at Britmums Live I had a play with the Acer Iconia W510 which is a ten inch Windows 8 tablet with a keyboard dock. What stood out to me was how great Windows 8 is on a touchscreen, and just how much like a proper laptop the W510 is with a docked keyboard. Windows 8 makes much more sense to me now.

The only downer is the price- £499 for an Atom based device puts it up against the value end of the ultrabook market. Still, for your money you get a well built device, with astonishing battery life. The tablet and the dock both have 9 hour rated batteries in them, which means you get genuine all day battery life from the W510, something that is deeply appealing. Whack a 64GB microsd card into the device, and Bobs your Uncle. I’m hopefully going to get a borrow of one of these soon for a play- can’t wait! 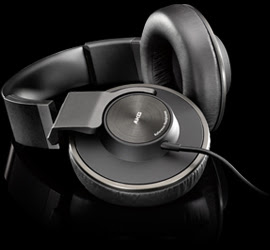 Harman Dad’s event I went to. I’ve had some expensive headphones in the past, and currently I’m using a pair of Ferrari R300 headphones that I didn’t pay £269 for because I won them in a competition. The sound from the AKG 550’s blew my current headphones away in terms of clarity and breadth of sound. Most importantly though, they had a really honest sound; nowadays there’s a complete obsession with bass that can ruin otherwise really great sounding ‘phones. I only had a brief play with them but left feeling enormously impressed.
I’m a bit of a headphone/earphone nerd, and I like a decent set that actually manage to reproduce the music I’m listening to well and that’s what initially drew me to the AKG 550 at the recent