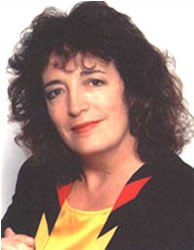 Long gone are the days of Judith Hann and Tomorrow’s World. We have the gadget show on Channel 5, which is sort of like Top Gear without the cars, in that it’s a programme that features tech (rather than cars) but you often get the impression that it’s a facilitator to what goes on rather than the focus of what they’re doing.

YouGov reckon by August there will be 10 million tablets in the UK. That’s a tiny fraction of the people who own a smartphone. Or a Xbox 360, Playstation 3 or even a Wii (U). And yet the BBC gives us Click, in a truncated version as part of Breakfast and on the news channel at some obscure time.

Where is the 8pm prime time tech programme for the millions of people out there that use technology every single day of their lives? Click at least gets it right by not patronising it’s viewers like just about every single programme that deals with technology, from Watchdog, through to the news manages to but it’s about as marginalised as it can get.

The ease with which kids are adopting technology for their TV habits is something I blogged about last year. If our kids can use Netflix and are happy working their way around a touch screen, if my Dad (73) has managed to set Airplay up to stream music from his Mac to a Bluetooth speaker using his iPad as a remote, and if Gary sitting next to me at work can successfully use stuff like the Telegraph Fantasy Football app and SkyGo on his iPhone, there isn’t really an excuse for there not being a mainstream prime time tech programme that is unashamedly aimed at an informed audience, not the sort of ill informed claptrap we see tucked away on the abstract end of the scheduling.