I remember one of the Two Fat Ladies TV cooks (I think it’s the one who’s dead now) once saying “Don’t put low fat, reduced salt, less sugar or whatever in your cooking, just give a smaller portion of something that tastes better.” and that’s stuck with me. Not just for cooking but for life generally. Who wants endless blandness? 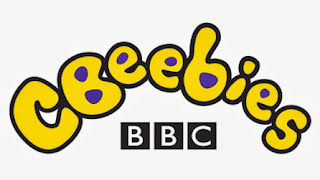 Anyway, I think the same approach is pretty key to letting your kids watch telly. I know some people who let nary a moment pass without their kids glued to the £145.50 a year baby sitter (that’s the price of the license fee dontcha know). I also know some other parents who are conversely strict and mandate television on birthdays or special occasions only. What I’ve never heard, is the clamour for the evening switch off at 7pm for Cbeebies and CBBC to be extended until later. Even Breakfast News’ attempt to get two contrasting points of view on the sofa for a discussion failed somewhat as the “let them watch telly until later” woman said they could just watch satellite telly instead.

So why then does the BBC Trust think that kids TV should run later? Even as recently as May, the BBC ran a news story on how sleep deprivation was ruining kids education. Getting to sleep is a little more complicated than just lying down in bed when you’re tired and there is fairly compelling evidence that bright screens trick your brain into staying alert, which is why television (or videogaming, computer use, etc) right before bedtime is very unhelpful in settling down to sleep.

Personally, with our eldest being 6 and our middle child being 4, we try to aim for a bedtime between 7 and 7.30 anyway. We have a fairly strict routine that usually sees the television off by 6.30pm at the latest. Then, it’s either some music (and maybe a bit of a boogie to use up any excess energy) and then maybe some drawing or reading, followed by a bath and a bedtime story. I’m not suggesting that our kids go down to sleep like magic though. Even as recently as last night, the boy was bringing me drawings down until gone 8 o’clock but I don’t see how increasing the switch off of the BBC’s children’s channels can be anything other than a deterrent to proper sleep. Lets face it, kids are already spending more time watching TV than they spend at school, and some experts reckon CBeebies target audience should be limited to half an hour a day, with CBBCs audience limited to an hour.

It’s a bit of a no-brainer isn’t it? Rather than pandering to the future couch potatoes of this country, we should instead be educating parents to do what Why Don’t You? asked us to do all those years ago: “..switch off the TV set and go and do something less boring instead.”