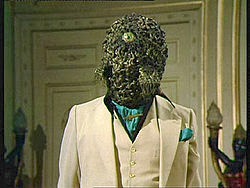 The boy is a big Doctor Who fan and at the age of 6, the modern Doctor Who with it’s focus on action, lack of intelligent plotting and what the Doctor himself calls “timey whimey” stuff, is right up his streets. He loves it and spent most of yesterday building a Vortex Detector out of his circuit board construction set in case a big swirly vortex appears like it did in Saturdays episode. Bless.

We banished Fifi and wifey upstairs to watch it in bed, while Ned ranged between upstairs and downstairs, foraging for some of his secret stashes of biscuits like a louder version of an urban fox.

I enjoyed the Day of the Doctor, the slower pace than normal meant the boy’s attention drifted on a couple of occasions. During one particularly interplay between the three Doctors, he attempted to show me a complicated finger puzzle for example. The pace of new Who is frenetic and the pace of Day of the Doctor wasn’t. Perhaps this had something to do with the 94 minute running time but there was plenty of time for talk (perhaps a little too much at times) as well as a bit of action here and there. The verbal sparring between the three Doctors was very good and Matt Smith felt genuinely like the Doctor in front of his fan favourite predecessor. Even the boy prefers Tenant to everyone else 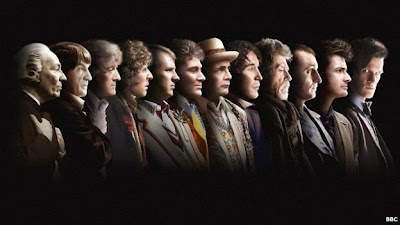 There were plenty of nods to Who spods like me (who grew up loving Who before the internet made being a nerd about something really really easy) but overall it fell a little bit short. The trailers with lots of shooty shooty stuff from the Time Wars (and even the minisode on the web released last week), made it seem a lot more action orientated as it dealt with the mysterious incarnations resolution of the Time War. In the end we got Billie Piper not being Rose Tyler and some shonky box with a crystal on it. Oh well. What it did have in spades was charisma, clever dialogue and ingenious solutions to problems, which I suppose is what Doctor Who is really all about.