Those lovely bods at Virgin Media invited me to take part in a Christmas movie Q&A on Tuesday, something I’ve Storified and popped at the end of the post.

Growing up in the 80’s, we had to rely on a copy of the TV Times or the Radio Times over the Christmas period if we wanted to watch a festive movie. Even when we eventually got a video player (a top loading Betamax no less), the rental market was in it’s infancy and you couldn’t really buy much to keep. Fortunately things have changed considerably in the last 30 years, so I’m pleased to present my not quite definitive list of great Christmas movies.

What makes a great Christmas movie though? Well to my mind it’s not just a film that features Christmas heavily, it also includes those films that we forever associate with Christmas- much like Christmas hasn’t really started until Hugh’s River Cottage Christmas Feast has been on Channel 4 (you know, the one where he stuffs just about everything that’s ever had feathers on it into a huge turkey). Films like Chitty Chitty Bang Bang and Mary Poppins are as much a part of Christmas and fastidiously avoiding the Christmas afternoon screening of the Snowman.

There are some great films for really little kids over Christmas and near the top of that pile is Disney’s Santa Buddies, one of a series of films based around a gang of little pups. The story starts at the North Pole with Santa Claus and his little buddy Santa Paws checking out the state of the magical Christmas icicle. To be honest, that makes little sense, even to me and I’ve seen the film twice, but at 88 minutes it doesn’t outstay it’s welcome and is absolutely perfect for really little kids. 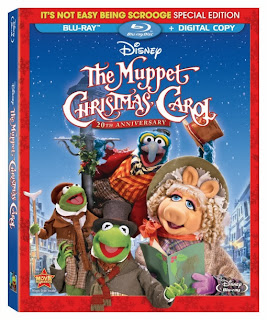 For slightly older kids, we’re completely spoiled for choice and heading any self respecting list has to be the Muppets Christmas Carol. It has everything: Muppets! Songs! Michael Caine! And since it’s very firmly based on Dicken’s A Christmas Carol, it has all the authenticity of Christmas that you’ll frankly not get in a film that has a Christmas Icicle. I used to love the Muppets as a kid and our children like them too. They’re, for want of a better word, perfectly zany, which works well for adults and kids alike.

Sitting somewhere between the two age categories- for the big little ones and the littler big ones, is The Polar Express. It uses the same animation technique used in the new Tintin movie that’s a strong favourite in our house. Tom Hanks is the train driver that whisks a young lad off on an adventure at the North Pole. It’s pretty much distilled Christmas spirit, without being overly schmultzy. At the time it was released there was some comment about the “uncanny valley” nature of the characters eyes but it really doesn’t notice once you get into the story. 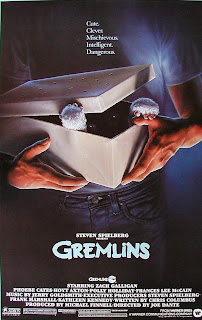 So whilst the kids are dealt with appropriately, I know what you’re asking, what about me? Well I’m going to ignore the obvious in Elf because it’s the first film that EVERYBODY chooses, and give you two grown up Christmas films to pick from. The first of which is the source of a bit of debate being me and my chum Dan. He asserts it is the greatest film made in the 1980’s. I say since it’s called Gremlins and not Ghostbusters, he is in fact wrong but whichever way you look at it, Gremlins is a brilliant film. It ticks all the boxes that a top 80’s film had to have like a completely bonkers old bloke, kids played by older people, great monsters and a running time that never threatens to drag. It’s only beaten to the top by a film that’s pretty much made Christmas it’s own (or at least the journey home to wife and family for Christmas it’s own at any rate) and that film is Die Hard. Forget the increasingly stupid sequels, two or which were adapted from screenplays that had been doing the rounds for ages, and go back to the original because it’s ace. It also has the one missing trope from Gremlins, a fat cop who is irritated with his officious boss. At the time action films were packed with Arnie, Sly and the other muscle bound action heroes, so seeing Bruce Willis (more famous for TV’s Moonlighting at the time) getting beaten to a pulp was a refreshing and decidedly Christmassy change.