On Saturday we journeyed to London Zoo (not much of a journey truth be told) to have a look at the new Nokia 1020 Windows Phone and specifically the rather clever Kids Corner functionality. It’s funny really because although we call them smartphones, they’re really very powerful mini computers that most of us occasionally use for making telephone calls on. If you’re like me you probably even give your smartphone to your kids to get you round the supermarket in peace or keep them quiet on a train ride.

You know, stuff like the new Daddy Pig Puddle Jump game that you can get on all good smartphone platforms including Windows Phone 8: 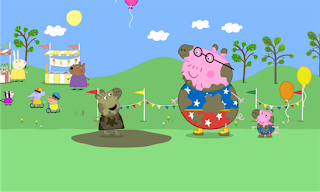 Like me again, you’re probably in complete fear of your kids getting something up on screen that they shouldn’t (I caught my lad playing Fist of Awesome on my Android phone the other day) or making in app purchases that they shouldn’t. You can turn off in app purchases in IOS and set up some level of limitation via a separate profile on Android but both of these are unnecessarily faffy compared with Windows Phone it turns out. 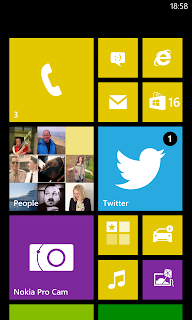 This is the standard live tile home screen you get on Windows Phone 8. It’s about as different as you can get from other mobile phone operating systems but once you get used to it it’s great. You can resize tiles, pin programmes to the start screen (you can scroll down through what you’ve got pinned), some are live tiles that dynamically update, which is funky. 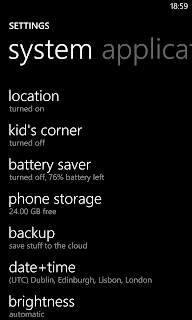 Just go to setting and you’ll see kid’s corner. Click on it and you’re already half way there. It’s that simple. It does exactly what it says on the tin. 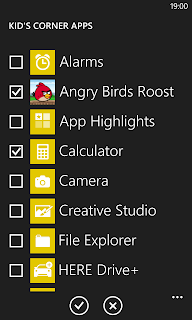 Once you’ve done this you’re pretty much finished, all that remains to do is set a password (if you haven’t already) on your main account. If you don’t, there’s nothing to stop your kids swiping into your account anyway.

Once Kid’s Corner is set up, all the kids have to do is swipe to the right from the unlock screen to reveal the kid’s corner, and then unlock it normally. It’s that simple.

And simple is good really, because you’re giving your phone to your kids to distract them and free yourself to do something else, rather than constantly having to help them fiddle around with getting to what they want to on your smartphone.

The days of people griping that Windows Phone doesn’t have all the big apps is well and truly over. Within 20 minutes of setting up the Nokia Lumia 1020, I’d installed all my everyday app- Twitter, Facebook, Vine, Spotify, Skype and Netflix, with all my photos taken by the rather incredible 41MP camera set up to automagically back up to my Skydrive account.
I use Windows 8 every day on my touchscreen enabled laptop- an Asus S200- so I’m well used to the live tile set up that’s also on Windows Phone 8. It makes sense once you manage to divorce your mind from the grids of icons we’ve had foisted upon us for the last few years. 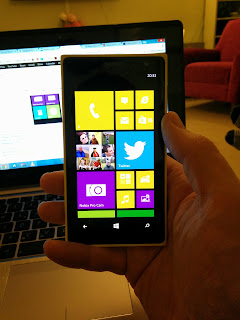 The Nokia Lumia 1020 sits nicely in your hand, and is as well built as you would expect from Nokia. I remember the last Nokia phone I used, one of the last Symbian devices, was built like a tank but was creaking at the seams under an operating system that was on it’s last legs. The combination of Nokia and Windows Phone 8 is a great marriage. It’s smooth in operation and feels really sturdy in your hand. The camera is the main feature of the phone, coming in at 41 megapixels, and actually has a couple of apps for it built in. One is point and click, the other lets you delve a lot deeper, setting white balance manually, playing around with F stops and so on to your hearts content like you would on a proper camera.
If you’re fed up with Androids fragmentation or the built in redundancy that Apple seem to build into it’s iPhones (not to mention the rather aggressive control they exert over apps in the marketplace), I’d suggest trying Windows Phone 8 out. I enjoyed it on a budget phone, the Huawei W1 but on a higher end phone, it makes even more sense.