There is a dearth of decent independent toy shops out there; mostly you’re restricted to chains of out of town barns and catalogue shops with the big online retailers for support when you can’t get your mitts on something specific. Even the likes of Amazon and Play are getting a bit confusing now though, with multiple retailers selling though each making it hard to know whether you’re buying stuff that is being shipped from the UK or even meant for this market.

Fortunately in and around St Albans we have a great small chain of toyshops called Cuthberts Toy Shops. There are 3 branches, St Albans, Hatfield and Letchworth Garden City, as well as an online store that is much more than just an after thought. The most important part of ordering anything online for Christmas isn’t necessarily the price either- although Cuthberts are price competitive with the big boys, they also use DPD as their courier.

I tend to source goods from companies that use DPD now since they never leave stuff in rubbish/recycling bins (this has happened to me, and three other people I know), on the doorstep (my mate Phil had a Xbox 360 left on the doorstep all day in the torrential rain), or in non existent locations (someone I know had her delivery left in her shed. Which was interesting as she doesn’t have a shed. Or for that matter her delivery by funny coincidence). At some point the majority of online retailers are going to realise that their service is only as good as the courier they use but until then I’ll pick and chose retailers that use a decent courier like DPD. 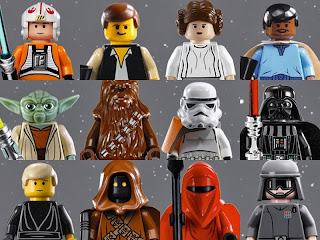 Right, that’s my rant about couriers over; on to the competition. Cuthbert Toys would very much like you’re business because they have loads of top stuff you should buy. But being an indie, they aren’t as well know, despite delivering all over the UK AND having a super awesome range of stuff. If you would like to win something either the Lego Star Wars or Friends Range up to the value of £75, simply answer the question below, follow Cuthbert Toys on twitter before 16 December and if you’re one of the lucky winners you’ll get your prize for Christmas!