As well as spending time with the family and eating too much stuff, Christmas is obviously a time to watch some Christmas telly. Coming from a household where we don’t watch much actual television, mostly films on Netflix or blu ray, winnowing out the crap is always fun, especially when the kids don’t yet have a crap filter. 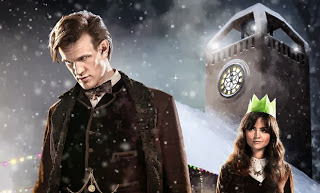 Things got off to a ropey start on Christmas Day with the utterly incomprehensible and more than a bit stupid Doctor Who Christmas Special. It’s like someone watched It’s a Wonderful Life, forgot about the plot entirely, just remembered the fact it was Christmas and then decided to do some sort of greatest hits feature, pulling in random plot lines and aliens and completely messing with any form of continuity. It was a sad way for a great Doctor in Matt Smith to go out but that’s been a bit of a running theme in his tenure. He’s absolutely sublime as the Doctor but was completely let down by poor writing. Time for Moffat to step aside and a new show runner to step in. It’s an effective reboot of Doctor Who anyway, what with the Doctor getting an entirely new cycle of regenerations anyway. The Boy thought it was moderately interesting but hasn’t gone back to see it again, and the regeneration episodes are normally his favourite ones.

We skipped Still Open All Hours as I never liked the original much and I thought that this would be soaked in mawkish sentimentality. I’ve read rumours it wasn’t critically we received but have also read rumours that a series was commissioned even before it was screened. Who knows? 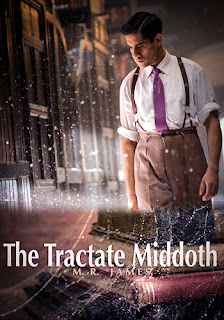 In what turned out to be a very odd turn of events, all the best Christmas telly we saw was written or directed by Mark Gattiss. I liked his League of Gentlemen stuff, even when it stopped pretending to be a comedy and just became an utter horror and we both enjoyed his earlier documentaries on the horror film but he really excelled himself over Christmas. His directorial debut, an adaptation of an M.R. James ghost story, The Tractate Middoth, at first watch was engaging but seemed a little clunky. However after watching the excellent documentary on M.R. James that he also presented immediately afterwards, it was apparent that a lot of what I perceived as clunky was actually clunky, albeit a homage to M.R. James adaptations in the 50’s and 60’s, which were very clunky. Clever that. Of course the Gatiss penned work that most people will know and love from the Christmas break has been the opener to series three of Sherlock. It’s caused one or two TV critics to wildly claim that it’s better than the Conan Doyle novels. I’m not so sure about that but it was very good and the best hour and a half of actual telly I’ve watched in a long time. It wasn’t quite up there with the literature. Perhaps it was a little too frenzied in places, but overall I enjoyed it immensely. It was funny to think the two stars, Cumberbatch and Freeman are both big Hollywood stars now (Star Trek for Benedict and The Hobbit trilogy for both of them).

All in all, it’s a crying shame that Moffat didn’t let Gattiss write the Doctor Who Christmas Special really, given the fist he made of that and how good pretty much everything else Gattiss has touched recently has come out.

So there you have it, we watched very little telly over Christmas. Oh, there was plenty of other stuff on but not necessarily sat down to watch properly. Wifey did watch the P.D. James Death Comes to Pemberly but I couldn’t be faffed with that. A three part costume drama with some woman who has such poor deportment playing Elizabeth Darcy? No thanks.

Finally though special mention must go to the best piece of car crash television I’ve seen in years. Gary Barlow’s new years eve programme (11.45pm, NYE), was utterly fascinating. Barlow attempted to talk to the audience but effectively cut off James Cordon when it became apparent Cordon wasn’t going to be sycophantic enough, went around hi-fiving fans, basking in his own (perceived) glory and so on but all of that fell by the wayside when the greatest act of televisual onanism ever occurred. Barlow said he seldom does duets but then proceeded to do one with a 20 year old video of himself playing at a concert. It was so shocking up itself I may have tweeted:

Was it me or was there a certain frisson, a sexual tension or spark between Gary Barlow and Gary Barlow earlier on?
— Daddacool (@daddacool) January 1, 2014

Things can only get better eh?