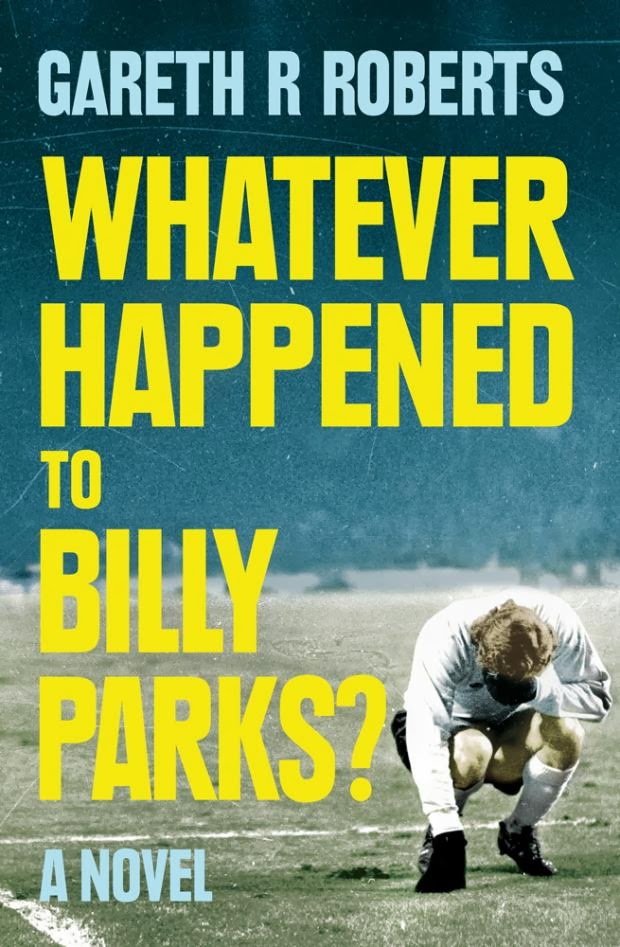 It’s not often I read books about football, despite being a bit of a fan of the beautiful game, once winner of our work Fantasy Football League (and currently fifth, with the last two manager of the month awards to my name) but when I do, I tend to thoroughly enjoy myself. The last football book before this I read was I am Zatlan, the marvelous ghost written autobiography of the larger than life in all meanings of the phrase Zatlan Ibrahimovich.

But when it comes to football and fiction, I’ve not read anything since I was wearing short trousers and reading Roy of the Rovers every week. It’s been a long time. Whatever Happened to Billy Parks has brought an end to that drought and in a thoroughly entertaining way too. It’s been a couple of weeks since I finished reading Whatever Happened to Billy Parks but now it’s out to buy in paperback, I thought it was time to put finger to keyboard and write my thoughts up. I loved the story but am a bit confused as to whether it will have general appeal in football circles. If you take the chap who sits next to be a work, lets call him “Gary”, he is a mad for it Liverpool fan, doesn’t read an enormous number of books but the ones he does are football related. He wont like this book. He’s never seen Star Wars because there was always football to play, football to watch or Pannini sticker albums to fill and whilst this book isn’t Star Wars, it’s central conceit in what is otherwise a very vividly constructed realistic world, is a about as fantasy as you can get without including Orcs, Hobbits or the Millennium Falcon.

The titular Billy Parks could be any one of a number of currently elderly ex football pros from a certain era, he’s in his 60’s, stone broke with a drink and gambling problem and makes his beer tokens by after dinner speaking (often in pubs). He missed a pivotal moment in English football history when Sir Alf Ramsey didn’t bring him on with ten minutes to go in the must win world cup qualifier against Poland and England didn’t win. A mysterious organisation called the Service want to send him back to right the wrong and score the winner.

The current day tale of the Service interviewing Billy to see if it’s him or Kevin Keegan who should right the wrong is expertly interwoven with flashbacks to his early playing days. Anyone who has seen enough Alan Bleasdale over the years will find the flashback pieces very convincing- they capture a working class upbringing post World War II superbly. Once Billy gets his football career going, the characters are well developed enough to make the realism stick too.

As soon as the reader finds out that Billy is estranged from his daughter and grandson (there is a scene at a play park where he gets accused of being a nonce), the reader is left wondering whether the whole Council of Immortals and their Service is an alcoholics pipe dream to sort out the mess he’s made of his life- this is rather heavily pointed out by Billy during the novel too. I’m not going to give that one away because you’ll need to read the book to find out. And you should, it’s brilliantly written and on reflection is more of a book about the human condition than football. Yes, football is an integral part of the novel but it is at the end of the day the mechanism that lifted Billy Parks out of working class obscurity- it could just have easily been an electric guitar or some other thing.

Whatever Happened to Billy Parks

was released as an ebook last autumn but is now available to buy as a proper paper bound book. With an RRP of £7.99, you’ll get good value for money from it.