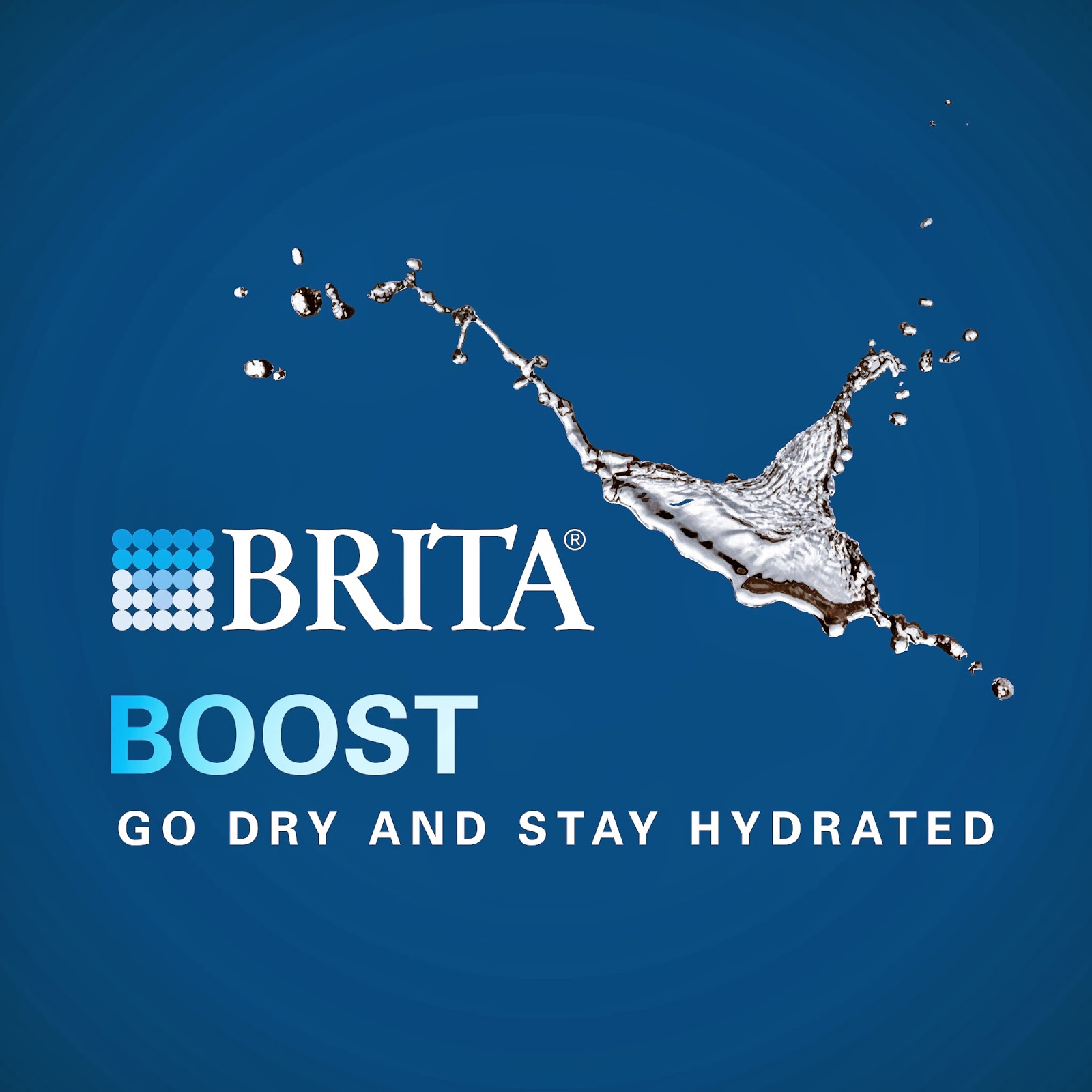 As parents most of our socialising takes place in one of two places, either in the pub once the kids are in bed or in the softplay when they’re awake. If it’s in the pub, I may be tempted by an ale or two. Or three, four or even five. The only time we manage to go out for dinner together is our anniversary and that’s often an indigestion inspiring dash somewhere for a couple of hours.

So when Brita (those of water filter fame) offered me the chance to have a chef come round and cook dinner for us and 4 chums as part of the dry January thing they encouraged me to do, I jumped at the chance. Socialising doesn’t have to involve holding a pint, wine glass, brandy glass, or one of those strange round bottomed Kwak glasses in a wooden stand, but it does have to involve your friends.

I was lucky on the day; wifey spent half the day tidying the house and cleaning the kitchen so the caterers wouldn’t condemn the room to death by fire or something. With sit down scheduled for 8pm, they arrived at 7 and promptly set themselves up in our kitchen (thank goodness we had it refitted last year- if we hadn’t, they would have to make do with a broken oven and rather unimpressive induction hob). 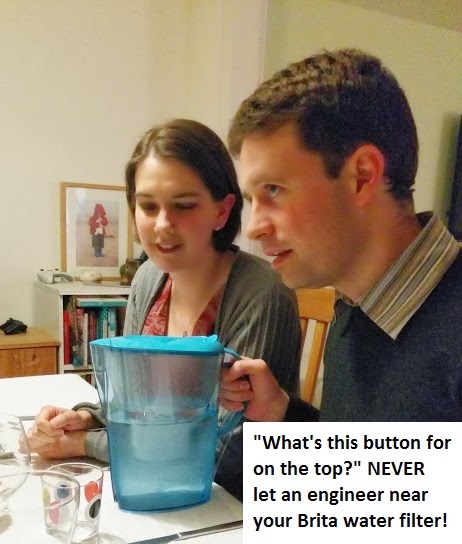 Our guests arrived about half and hour later, all with baby sitters ensconced. This was a perfect example of why we don’t do this sort of thing regularly- coordinating babysitters is hard enough when there are two needed but if we’d had to get one as well, it would have lengthened the odds considerably.

We opted for a fusion menu- quail for starters, venison for main and creme brule for pud. Since one of our guests had a severe nut allegery, it was good to have the chef in our house completely confident that the food was nut free.My suggestion of a party game where we all stood at one end of the room and lobbed the remnants of Christmas’s dry roasted peanut tub at him was met with the contempt it deserved.

By some coincidence, wifey and I had actually dined at the gastro pub the chef used in run in Highgate a good number of years ago and the food he rustled up in our kitchen was every bit as good. Yes, the veg was mostly of the puréed variety as you can see from the photo: 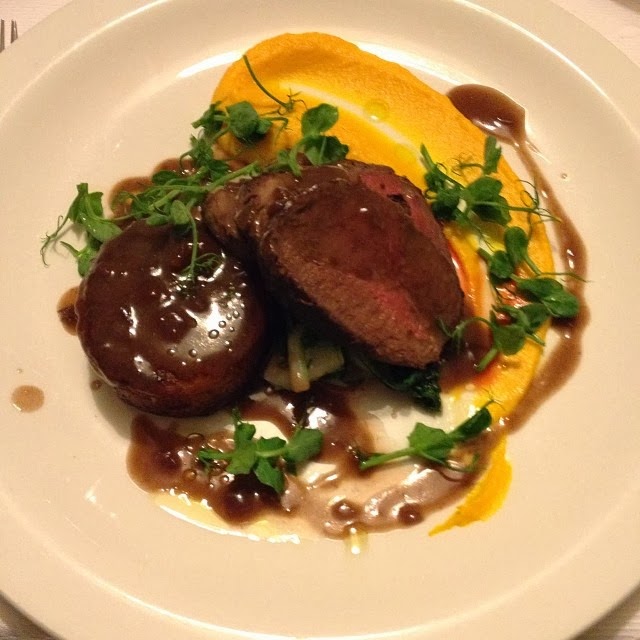 But I have to admit that the fondant potato was particularly impressive, and even the yellow smudge that looked like something from one of Ned’s more troublesome nappies was actually very tasty.

I still can’t believe how quickly it came round to 11 o’clock. I managed to mitigate the lack of alcohol with the aid of some of the non alcoholic cocktails I mixed up, but to be honest our dining room isn’t exactly set up like a speakeasy anyway. We obviously didn’t miss the booze though as the time flew and the discussion got suitably surreal anyway, although we did admittedly talk about our favourite places to buy real ale at one point.

So there you have it, we had a great night out, without going out and managed a perfectly respectable evening of socialising without an drink in site. Hurrah!!!