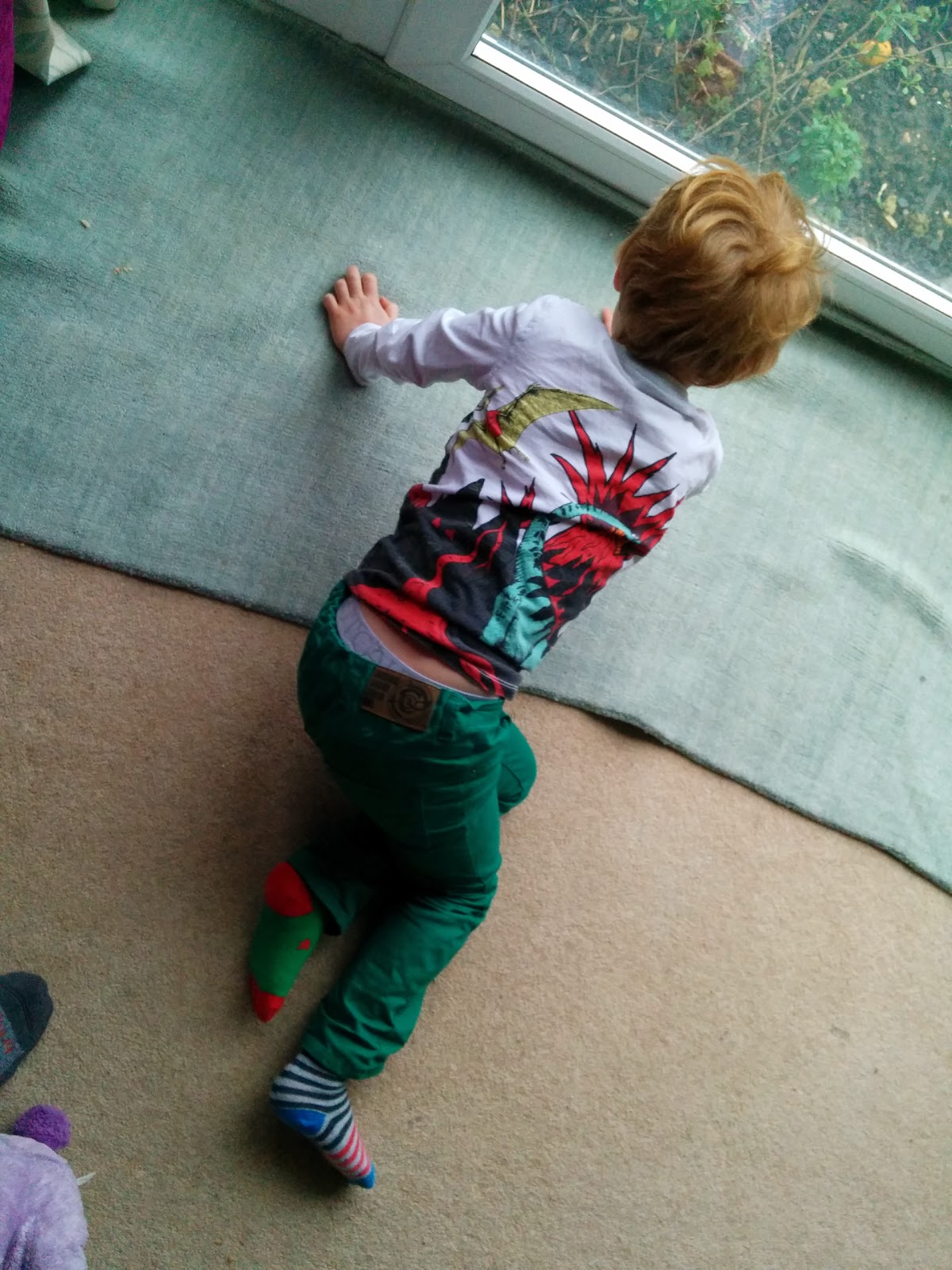 The boy is developing an obsession with staying in. Or maybe not going out. It’s one of the two and perhaps the difference is trivial but if I understood it better, I could probably get a handle on it better. At the moment telling him we’re going out normally involves some sort of throwing himself on the floor, coupled with a bit of moaning or sobbing.

Occasionally if he has warning, he’ll hide himself under the coffee table and it can be a right bugger getting him out. I can commiserate with him to a degree- there are plenty of times I’d rather stay at home and not go out but I usually find once you’re over the inertia of actually getting out of the house, the time spend out is actually okay. Of course when I stay in I don’t tend to attach myself to the sofa and sit down watching the telly for hours on end. And the boy hasn’t really been able to do this over half term either, much to his chagrin.

Still, once we got out, he seemed to enjoy himself: 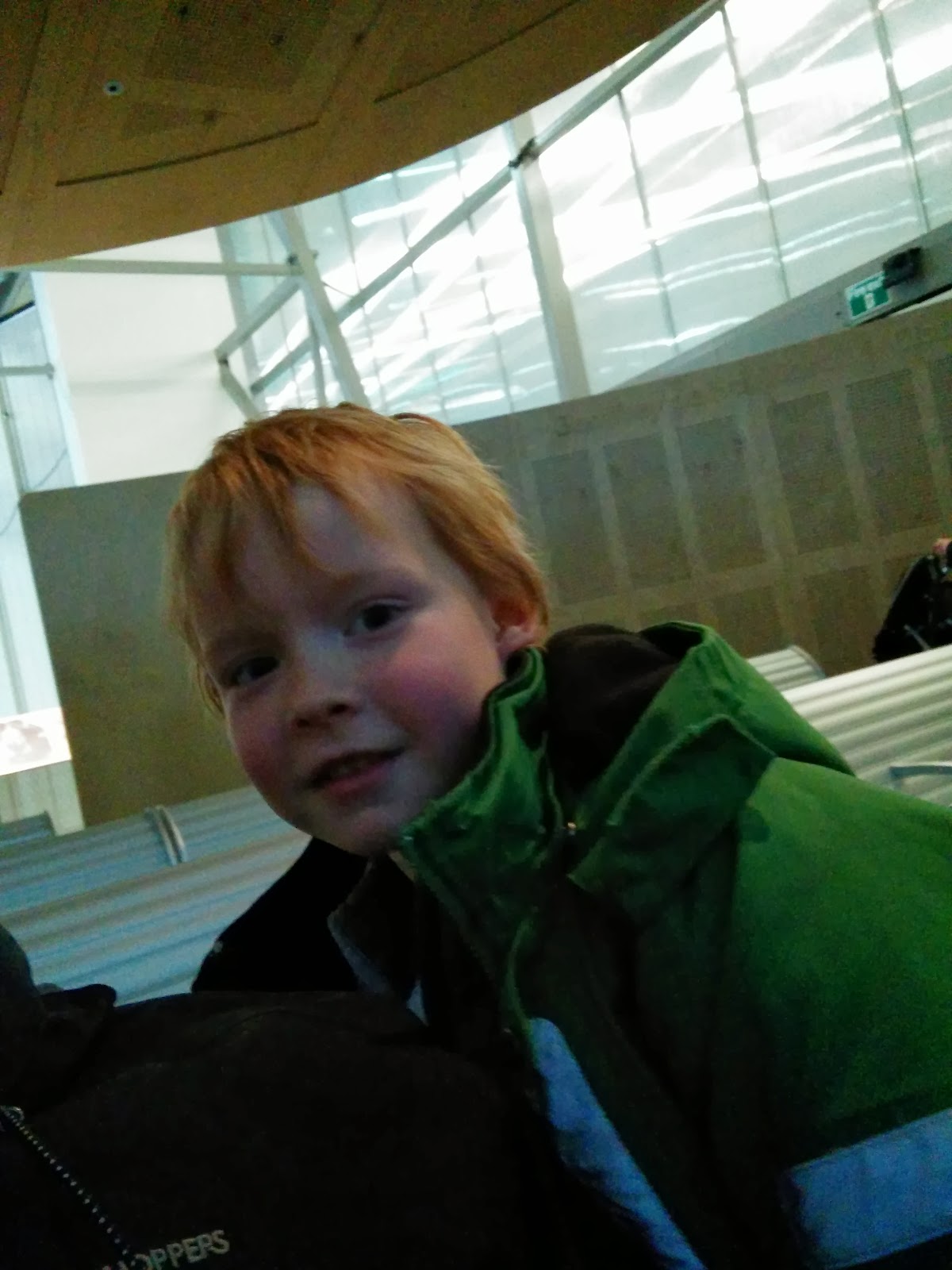 See? it looks like he’s actually having fun. Don’t let anyone else know though…