We encourage our kids to get involved in the decisions we make around the house (well, to a degree, otherwise we’d be having lollipops for breakfast and jacket spud for tea every single day) and this freedom to be involved in decisions like where we go on holiday will hopefully stand them in good stead when they get older.

One of the biggest threats to democracy in this country is voter apathy. It’s not first past the post, it’s not the EU “stealing our sovereignty”, it’s simply people not bothering to make their voice count. Yes, turn out is up in the last two general elections, we’re now dangerously close to two thirds of people who are eligible to vote actually voting.

A lot of people probably nodded at Russell Brand’s anti institution rant a few months back, tacitly taking it as a good explanation of why they didn’t bother either, even if they’ve never properly articulated their problem with politics further than “they’re all as bad as each other“. The reasons this view isn’t right are many and varied but a simple way to look at it is to look at the front of the Independent today: 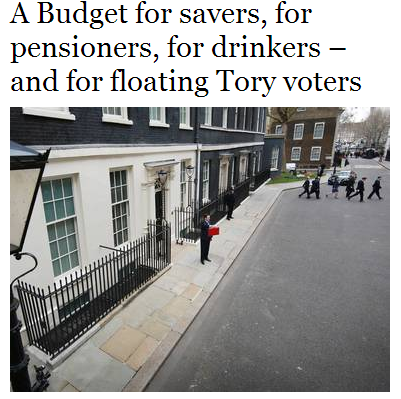 At the last election the turnout was 65%. The turnout among pensioners was 76%. The turnout for the 18-24 year old age group was 44% and 25-34 was 55%. When you consider those hit hardest by benefit cuts, it’s interesting to see that to a degree it ties in with the voter turnout. The young unemployed have had a torrid time under the coalition and young benefit claimants have generally been vilified. This is odd when you consider that the overall benefit spend looks like this: 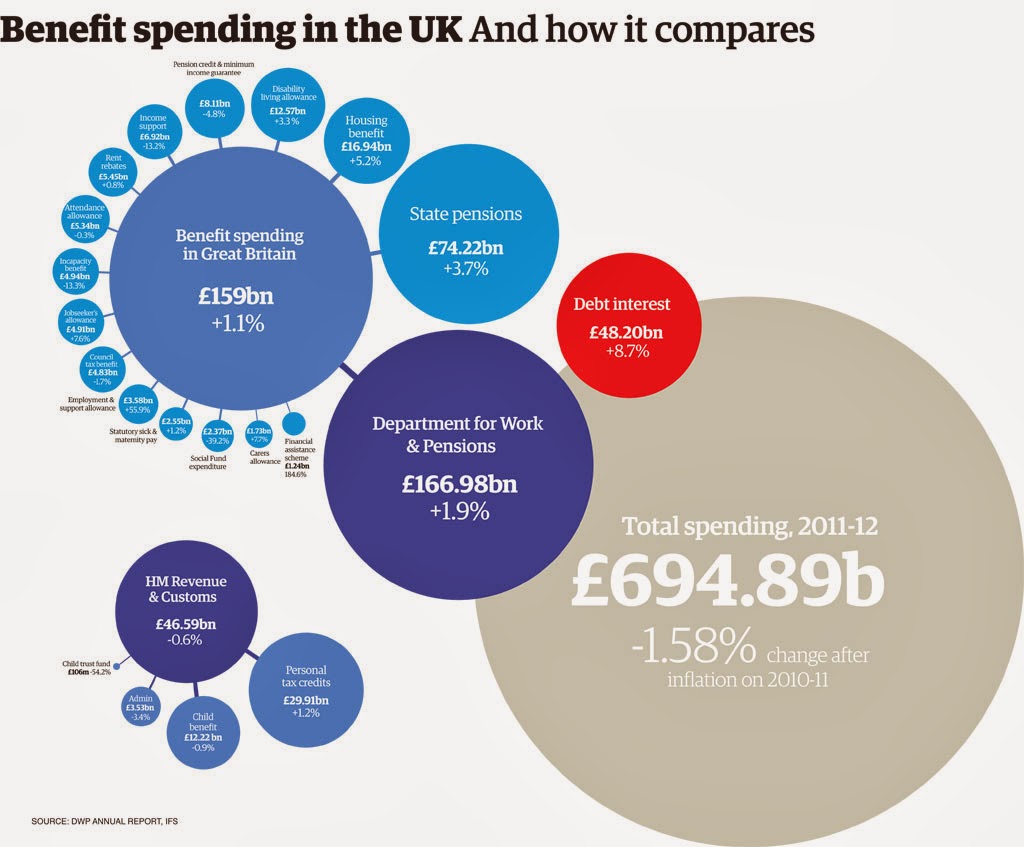 The state pension is roughly 47% of the benefit spend. This is 15 times larger than incapacity benefit, the benefit that’s seen the most controversy with terminally ill people being classed as fit to work, and people with cerebral palsy being told they’re expected to get better and be fit to work.
Which age group has the highest turnout in elections again?
Who still thinks that voting is a bad idea because it gets you nothing?