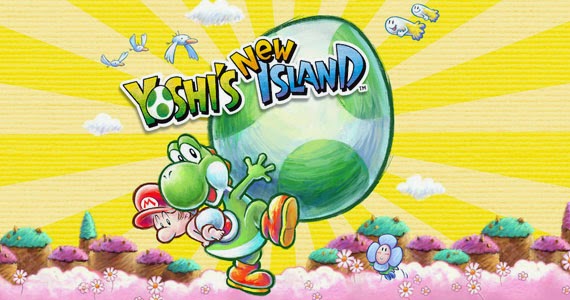 When Nintendo sent me a download code for Yoshi’s New Island on the 3DS I was suddenly filled with a wave of nostalgia because the had the “old” island on my SNES. This nostalgia turned to terror as I realised it was around 19 years ago that the first Yoshi’s Island game came out. We have trainee accountants at work who are younger than the original premise.

Yoshi’s Island doesn’t change much from the original outing, which has lead to some criticism from “proper” gaming journos but I think that misses the point to a greater degree. 19 years ago platform games were at their pinnacle and the world of games had yet to go 3D. Today it’s next to impossible to get a good old fashioned platform from anyone other than Nintendo or Ubisoft with their Rayman franchise.

Still, I’ve always had a softspot for Mario games, and even though Mario works excellently in 3D on the Wii U, it was great to get back to some old school platforming on the 3DS. For the uninitiated, Yoshi is the green dragon that helps Mario out in some of the older games and makes an appearance as a selectable character in Mario Kart and Super Smash Bros etc. Or rather a green Yoshi does, because Yoshis are actually the special of dragon-y thing rather than the name of a specific one. In Yoshi’s New Island, the Yoshis are entrusted with looking after a baby Mario as they hunt for baby Luigi. That’s right, Mario is basically a passenger in this one, as you control the Yoshi with Mario riding on his back.

The graphics echo the originals to a degree- lots of pastel shades that ape hand drawn backgrounds but the characters are sort of pseudo 3D. Talking of 3D, the 3DS does some neat depth of field trickery with the 3D slider put up to maximum but this doesn’t affect gameplay in what is an unabashedly retro affair. 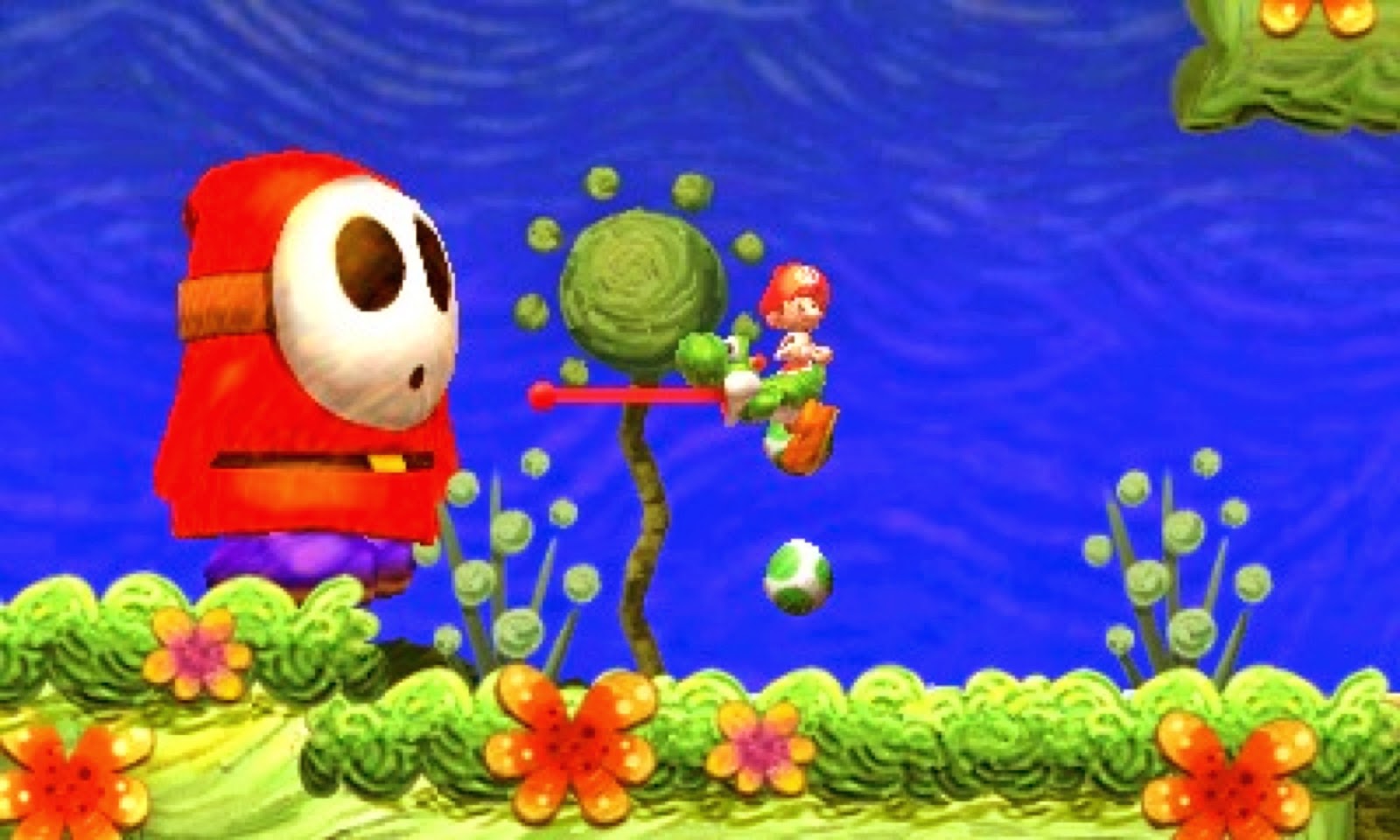 The difficulty is pitched much more squarely at kids this time round, perhaps this is why I didn’t suck quite as badly as I had anticipated. Yoshis can attack the baddies in three ways, the traditional flatten them by landing on them Mario approach, by eating them via flicking out their tongue and they can also eat them, lay an egg and hurl the egg at other baddies. This final one is particularly impressive when they eat a HUGE (and by HUGE I mean fills up two thirds of the screen HUGE) baddy, and lay an egg equally as big. Having been present at the birth of all three of my children, I can imagine that would have stung a bit.

I’m loving this game, it’s easy enough for the kids to play without getting frustrated but also enjoyable enough for an old gamer like me. You can pick it up for the right side of £30 if you shop around and you’ll get your money’s worth that’s for sure.