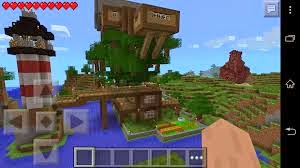 This was the weekend that the boy (and later Fifi) discovered Minecraft (PE on Android). I fear I may have to make a note on the calendar, such has the impact been. Fifi called one of her worlds “The boy is a poo-poo”, he responded with “Kill Fifi” and I countered with deleting that one as it went a bit too far. This is one of the first signs I’m getting old because I don’t understand Minecraft and don’t particularly want to. If it’s a world construction programme, it looks worse than the “God games” like Populous did 25 years ago, if it isn’t I still haven’t a clue. One of the mum’s we’re friendly with at the school said her lad liked it and she was happy with it as it wasn’t violent and didn’t get him all worked up, so on that basis I’ve let them both play it. They already seem to know a bewildering amount about what’s going on and I’m no help whatsoever when they get a problem. I now know how wifey feels about ALL technology.

Still, we were out for the day yesterday at LEGOland and Minecraft gave the two oldest kids something to keep them occupied during the car ride. This was good because increasingly their hobby in the car is to poke, pinch and prod each other and drive me to distraction. We were at Legoland (does it look better with LEGO in lower case? I can’t decide) on some blogging trip that wifey got invited on. That was great as it means I don’t have to write it up but I did have to get up at 6.30am and go on the rollercoaster about 18 times.

One of the things about press/blogger days at Legoland (I’ve decided on lower case) is that they furnish you with silver wrist bands. These act like the £70 per person premium Q-bots* and let you walk right up to the express entrance and only queue with all the other people with express passes. The length of queuing with these dohickies can vary between walking right on to the ride and waiting 40 minutes like we did at the boating attraction. While we were queuing for the boating in the express lane, we saw the immense length of the regular queue, snaking round and round, and over a little hump backed bridge that went over the express line, on for a bit more and finally to the jetty. The bridge was probably only 20 minutes from the front of the queue, so when a bloke queuing on the bridge with a 3 or 4 year was told by the boy that he needed a wee, he took dramatic action. I looked up when I saw a steady drip drip from the underside of the bridge on to the people below and on first view I was extremely surprised. It looked to all the world like the man had a small penis growing out of his knee that was urinating onto the slatted bridge. Another look showed he had a small boy standing between his legs, releasing such a torrent as only a small boy or an alcoholic can hold. Needless to say the people under the bridge weren’t best pleased.

We chuckled, since we were sufficiently far back to have avoided the torrent of piss but I regretted my chuckles five minutes later when we made it up to the bridge and I had to constantly shout at both the kids to not stand in the pool of piss or under the still dripping part of the bridge. Fifi was particularly prone to straying towards it- it must be in her genetic make up because at every meal time I have to play “move the drink so your elbows don’t knock it over yet again”.

The weather was glorious though, and it seems to have resulted in a lot of people out and about with a bit of sunburn today. Ever prepared for this eventuality, wifey had the suntan lotion with her and the kids escaped unscathed. She is super organised.

Things took a turn for the surreal in the LEGO shop, where I supported Lego Minecraft. This must be some sort of post modern joke but you can actually buy the stuff so maybe it isn’t and the joke is actually on me.