A figure from this LEGO set went missing. Or at least that’s what I told the boy. Bat Girl is now sitting on top of my monitor at work. Don’t tell him, he will be cross. 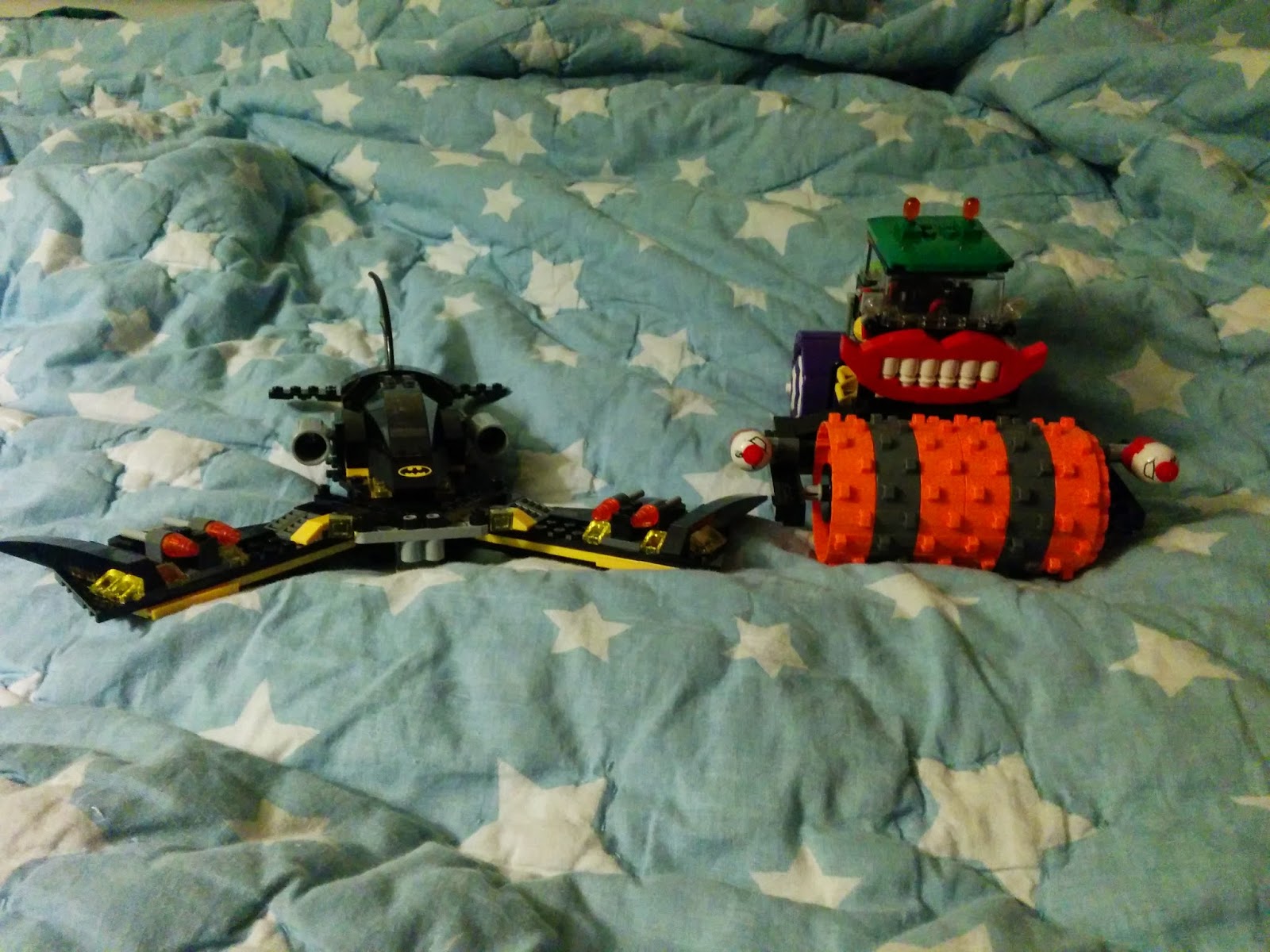 The presence of Robin and Batgirl along with the Joker provide an interesting mash up as none of the films feature all 3 of them but then even Tim Burton couldn’t come up with anything quite a surreal as the Joker’s Steam Roller.

We received this for review purposes but being an immense cheapskate I wrapped it up and it became part of the boy’s rather epic LEGO Birthday. He’s still building all the stuff, almost a week on and he’s no slouch.

This is a good set to get you going with Batman LEGO because it contains a lot of figures- all three of the goody superheroes in Batman, Robin and Batgirl as well as Batman’s most iconic baddie, the Joker. This means you can mix it in with existing LEGO City stuff and have the adventures take place in a much larger environment without having to get any more initial sets. Having said that, we’ve already got a smaller set with Catwoman in, so she can pop up at will.

The Joker’s steamroller itself is about as outlandish as you’d expect from something associated with the Joker and here we’re definitely in the arena of the Burton or Schumacher films rather than Nolans’ more gritty efforts. Interestingly you can get the Tumbler from the Dark Knight though. 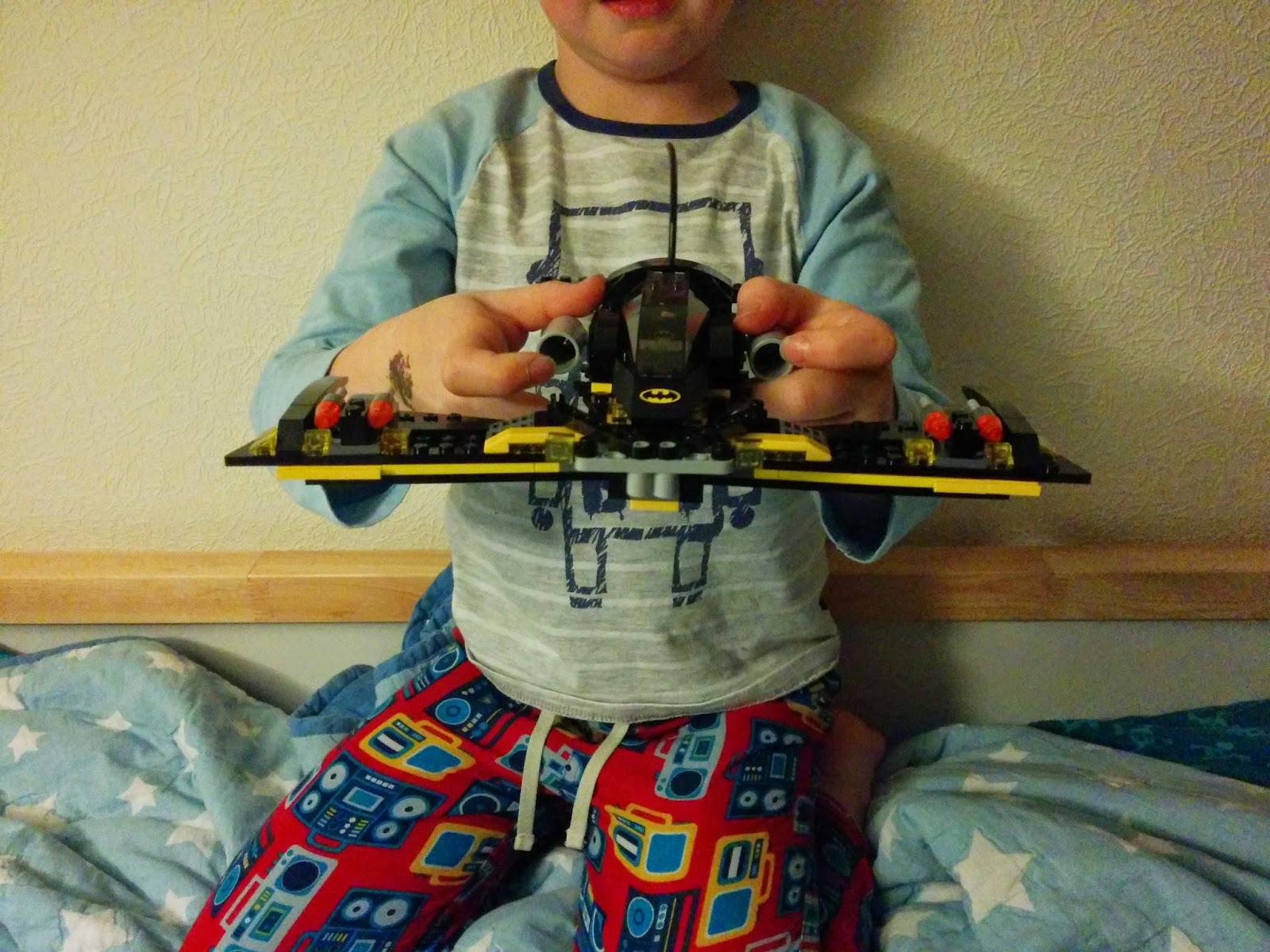 For an RRP of £49.99 you can buy sets with more bricks and a longer build time but since this set is vehicle based and doesn’t include scenery, it’s a little more practical for playing with to my mind. The boy had no issue constructing it and took great pleasure in showing me how the mechanism at the front of the Batwing worked (if you remember, in the Burton film, the Batwing had some wire cutters which Batman use to cut some wire suspended balloons with). Yes, despite the set being called the Jokers Steamroller, you do get the Batwing as well. It’s slightly smaller but to our 7 year old as impressive if not more so than the steamroller.

Some might argue that licensed sets reduce the use of imagination but I’ve been involved in some rather inventive play with Batman and the Joker this past week. Out of all his birthday haul, this was the set he chose to build first. We’ve even managed some impressive team ups- the Teenage Mutant Ninja Turtles appeared last night and helped Robin out of a particularly tight situation.

If you can shop around, you can find the set for £40 or less, which is a better price than full RRP.