The change in clocks has instigated the predicted drawn out misery of bed time that I knew full well it would. Little Ned is now motoring around the house until 8 or 9pm adamant he wont go to bed because it isn’t dark. This is particularly troublesome for the older kids who need their sleep because he’ll infiltrate their bedrooms and steal stuff. 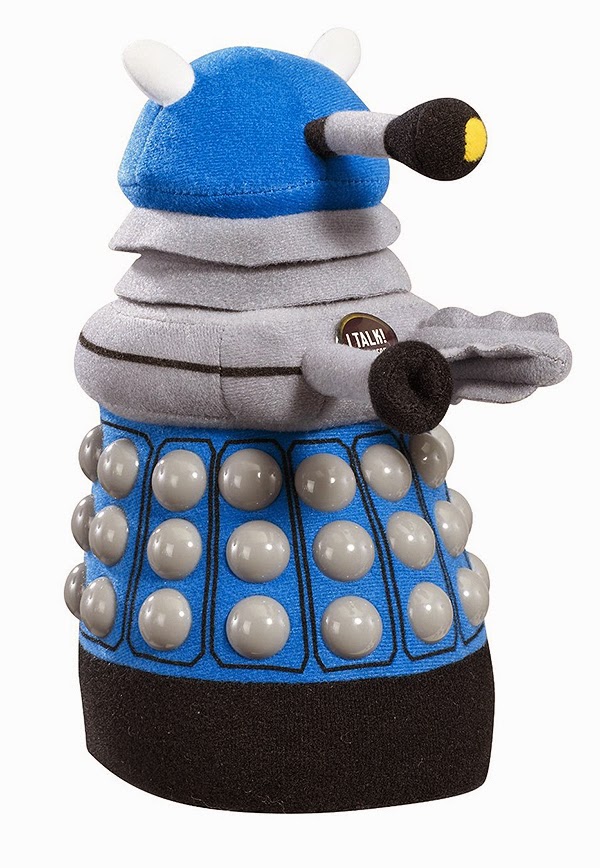 This happened last night to great effect. I play 5ish-a-side football at 9pm on a Wednesday as part of my “don’t die just yet” challenge I’ve informally been put on by wifey. When I got home the Nedster was sitting up in my bed methodically beating a rather stoic wifey with a Dalek plushy he’d stolen from the boys room.

A brief spell of this sort of punishment is part and parcel of owning a two year old but my heart went out to wifey who had been dealing with children since approximately 6am that morning.

We got the little terror settled in his own bed temporarily but he climbed into our bed at around 2am. I weathered the sharp toenails for an hour or so before escaping to the relative sanctuary of his bedroom for a few hours more kip.

Ned- as ruthless as the Dalek he decided to use as a weapon. Kids eh?