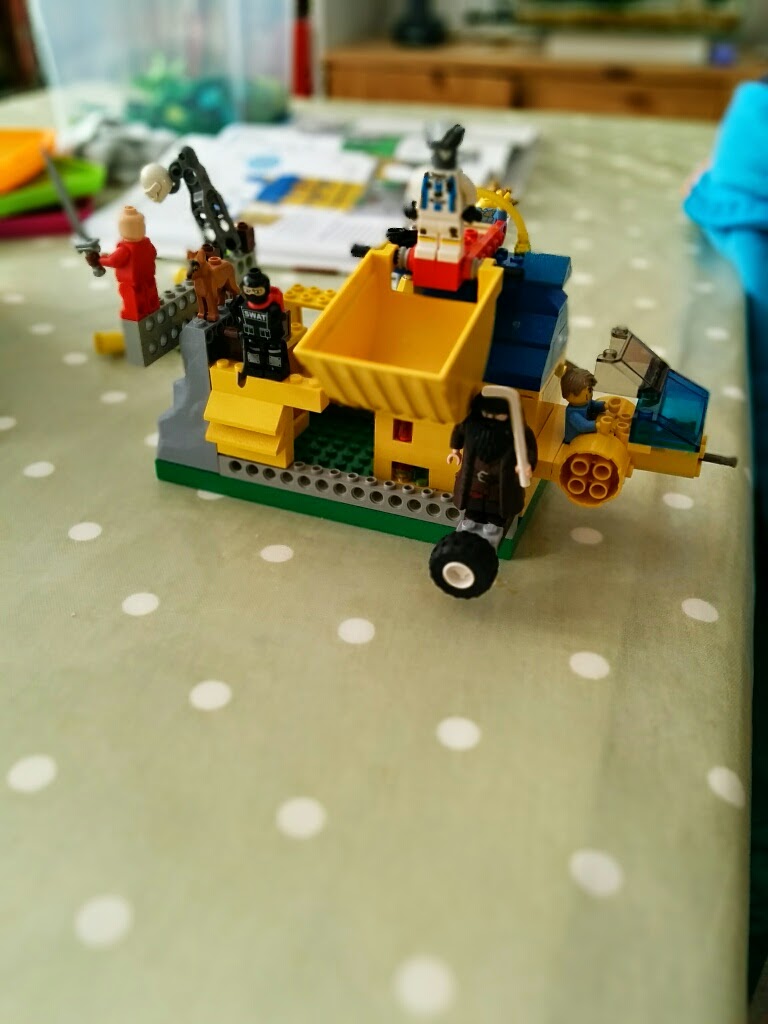 One of the big ironies about LEGO Movie is the core message is that it’s okay to build your own stuff from your imagination, rather than slavishly sticking to instructions. The irony comes in that the boy has wanted nothing other than more LEGO Movie sets since he saw LEGO Movie. The pestering has been incessant, even by his standards. Still the threat of unspecified threats (“Stop pestering me or I’ll threaten you with something nasty you’ll not expect and definitely wont like”) has pushed him towards more creative avenues.

He was particularly pleased to find a load of my old 1980’s space LEGO since one of the Master Builders in the movie is a blue space man.

It’s not just a case of making models though, the boy has taken to doing mosaics out of LEGO too. That’s apparently a camel. It’s funny because his room is completely filled with built kits that he refuses to dismantle to do general building with- the LEGO he’s using is from our childhood, when we weren’t quite so precious about it all.

Still, it’s enthused Fifi and Ned too. Fifi has been flitting between the LEGO and Duplo, Ned has been mostly building huge towers out of Duplo and then very aggressively destroying them (or anything Fifi has built). Most importantly the three of them haven’t felt the need to have the telly on while building, which is a godsend.

Anyway, I’ll leave you with a picture of Ned’s greatest creation. Well, the creation he wont let anybody else near and has carried about with him for a couple of days now at any rate…