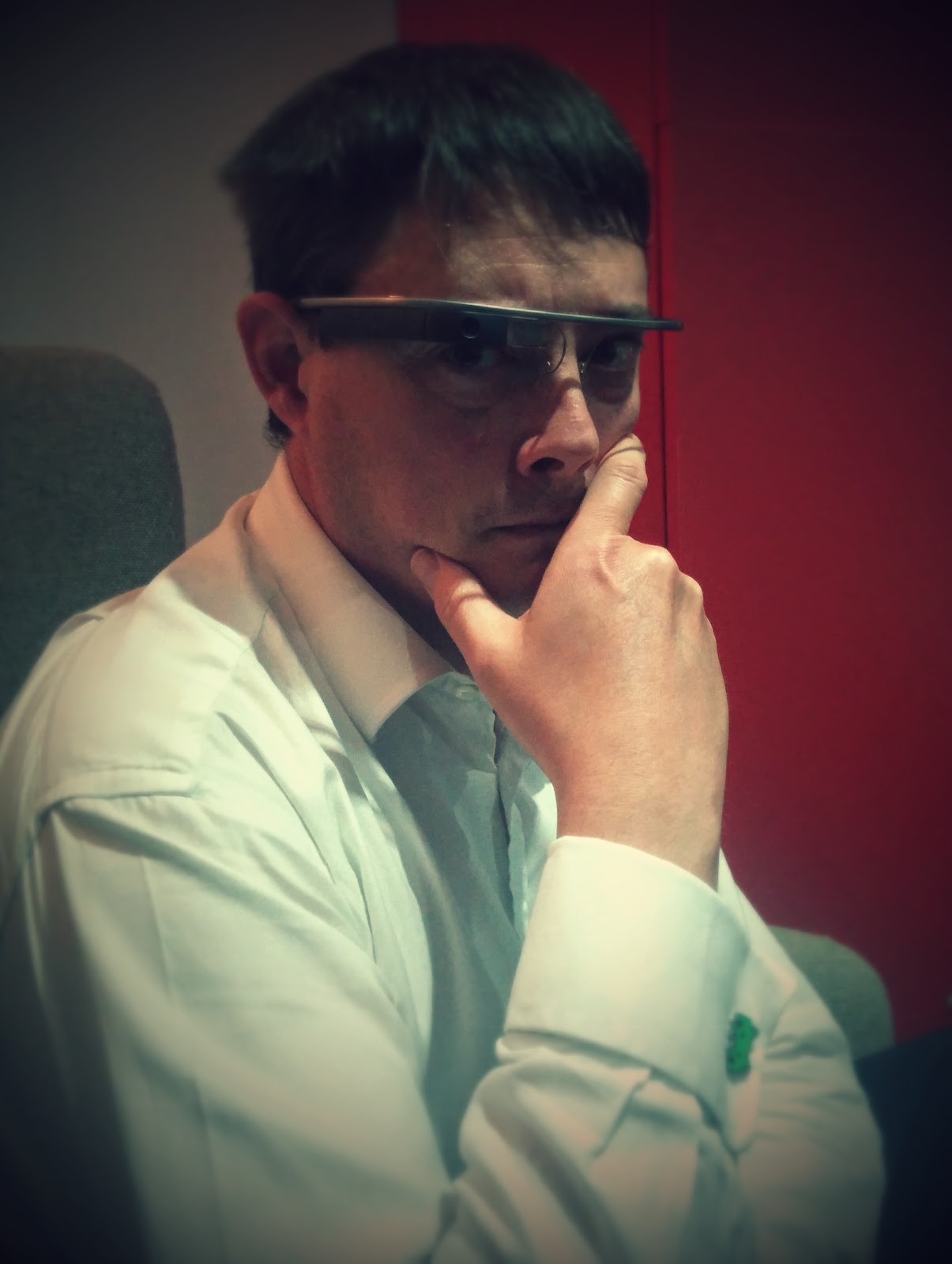 Last month I was invited down Hammersmith way in London to have a look at Google Glass and discuss potential implementations with Virgin Media. They’re nice like that.

In the meantime Google Glass has been in the press a few times; firstly it’s been estimated that the bill of materials for each pair is around $80 and secondly, they’ve gone on general sale for $1,500.

Of course the two prices don’t really have a relationship- this version of Glass isn’t really retail friendly and the cost of materials obviously omits the huge R&D costs and reflects the very low production runs but endless editorial space has been given over to the difference between the two. However I’ve actually spent an evening playing with Glass and imagining practical implementations for it. What do I think?

First things first, a brief bit about Glass. It will be brilliant. At some point that is, because Glass certainly isn’t brilliant just yet. The underlying principle is amazing but the two key aspects, the hardware and the software, aren’t quite there yet. We got through about 50% of the battery charge in about 40 minutes of heavy play and the arm that houses the battery was pretty hot (against the side of your head) by that point too. The touchpad on the arm isn’t brilliantly intuitive although it’s a darn sight better than tilting your head to 40 degrees to scroll up and down. 40 degrees will give you a crick in your neck before long.

The voice commands are quite cool, and I did get a chuckle calling out “Okay Glass, Google laser eye surgery”. Glass effectively does an “I feel lucky” search based on your geographical location, and in this instance gave me directions.

However there aren’t enough Glass specific apps, and the menu system is a bit baffling- you’ll end up looking like one of those nodding dash mounted car novelties thingies before long.

So once the interface, battery life and hardware generally are improved, we’ll be good to go with Glass and it will be a very exciting product indeed. Currently it’s obviously what companies like to refer to as a beta,  you can buy it but nobody is pretending it’s a consumer ready product because it blatantly isn’t.

However when Glass hits consumer quality, it will be ace. After we all had a good play with it, we sat down with the chaps at Virgin Media to discuss possible implementation and app ideas for Virgin Media. Several of us thought about subtitles for television programmes but the chap who had been using Glass for a while thought this wouldn’t work. He’s probably right, focusing on a couple of screens at the same time for prolonged periods probably will give you a headache. Anyone who’s watched something on Amazon Instants will probably be familiar with Amazon’s X-Ray system- you can tap actors on screen to get more information and limited biographies whilst you’re still watching the movie. This sort of thing could work quite well with Glass, especially as it could sync with your internet connected TIVO box so it knew what you were watching at any time. Even better, it could be used to add value to adverts- spot an advert you’re interested in but can’t be bothered to find out more? Waggle your head and Glass will take you that companies website. Simples, as the meerkats at that particular website you’ve ended up at would say.

Of course it doesn’t have to be viewing related- imagine that you’ve had to call an engineer out to fix a problem. He could live stream the issue back to the tech support dudes via his Glass and the issue could get fixed much quicker. That’s science fiction in action dudes!

So those were my ideas, can you do better?