When Creative asked me if I wanted to review a pair of their HITZ WP380 Bluetooth headphones I actually had a serious think about it. I’ve been bitten by Bluetooth headphones before, with their duff battery life and awful sound that somehow managed to be tinny AND muffled at the same time. But I decided to give them a whirl and I’m glad that I did. 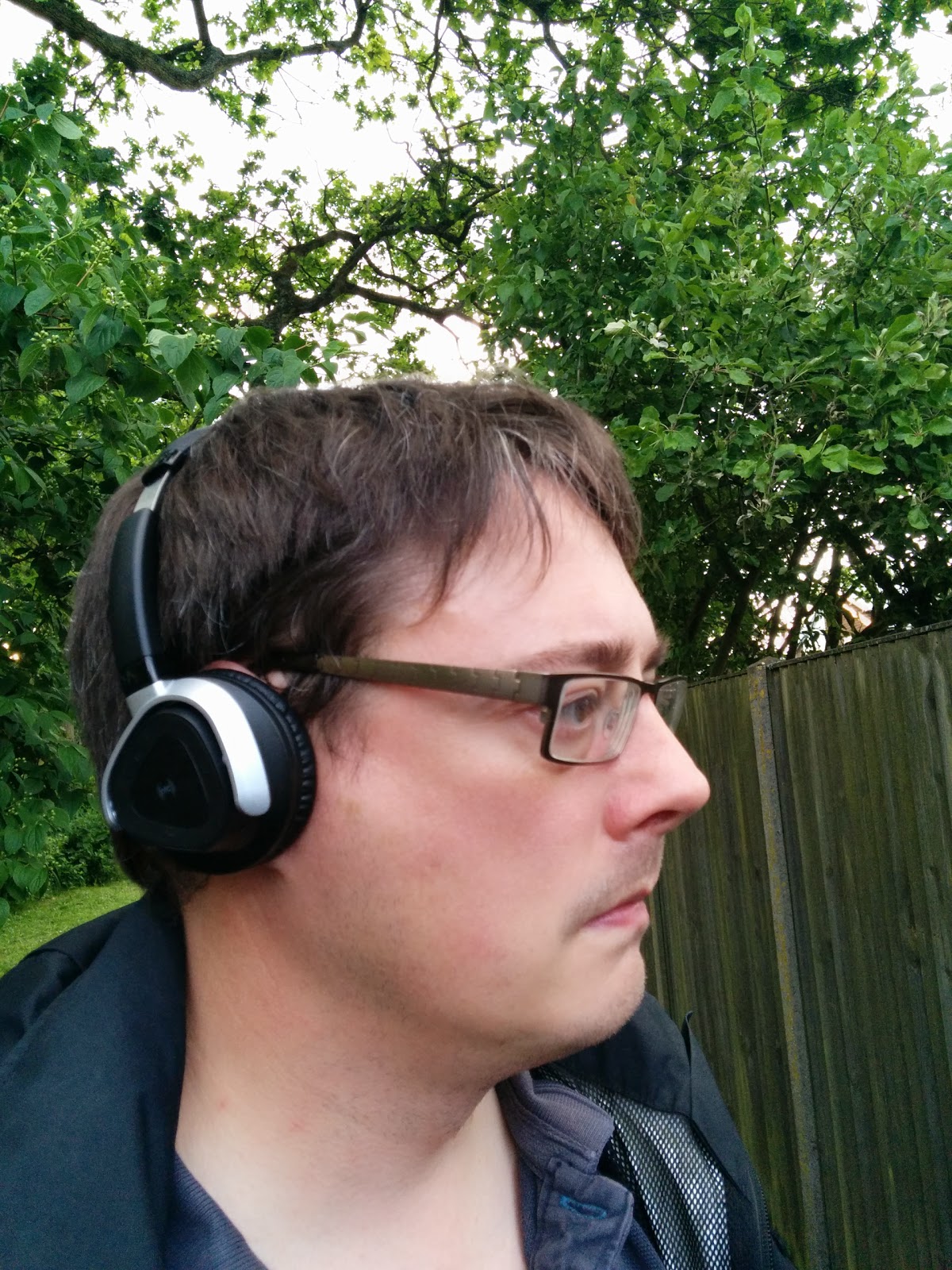 There are two specific situations that wireless headphones are priceless in and those are walking to work and going to the gym. Cable noise often interferes with walking to work with my headphones and it’s impossible to get on half the equipment down the gym without almost dropping my smartphone (which I use for music) when it’s tethered to my head. I’ve tested out the HITZ WP380’s in both these environments and I’ve SWEATED profusely over them too. So far I’ve not rotted anything and they’ve not fallen to bits, which is a fairly good indicator of quality, although in lieu of cable noise I must admit to hearing a bit of creak from the right side of the headphones occasionally.

The WP380’s are on ear headphones, with an adjustable faux leather covered headband. While the cups rotate 90 degrees to fit into a cloth pouch, they don’t fold at all, so they’re quite big considering their diminutive size. Charging is via a micro USB port and pairing can be done in the old fashioned BT manner or new and exciting NFC if your device supports it. The chrome trim you can see in the photo is a bit retro but doesn’t detract from the overall effect. 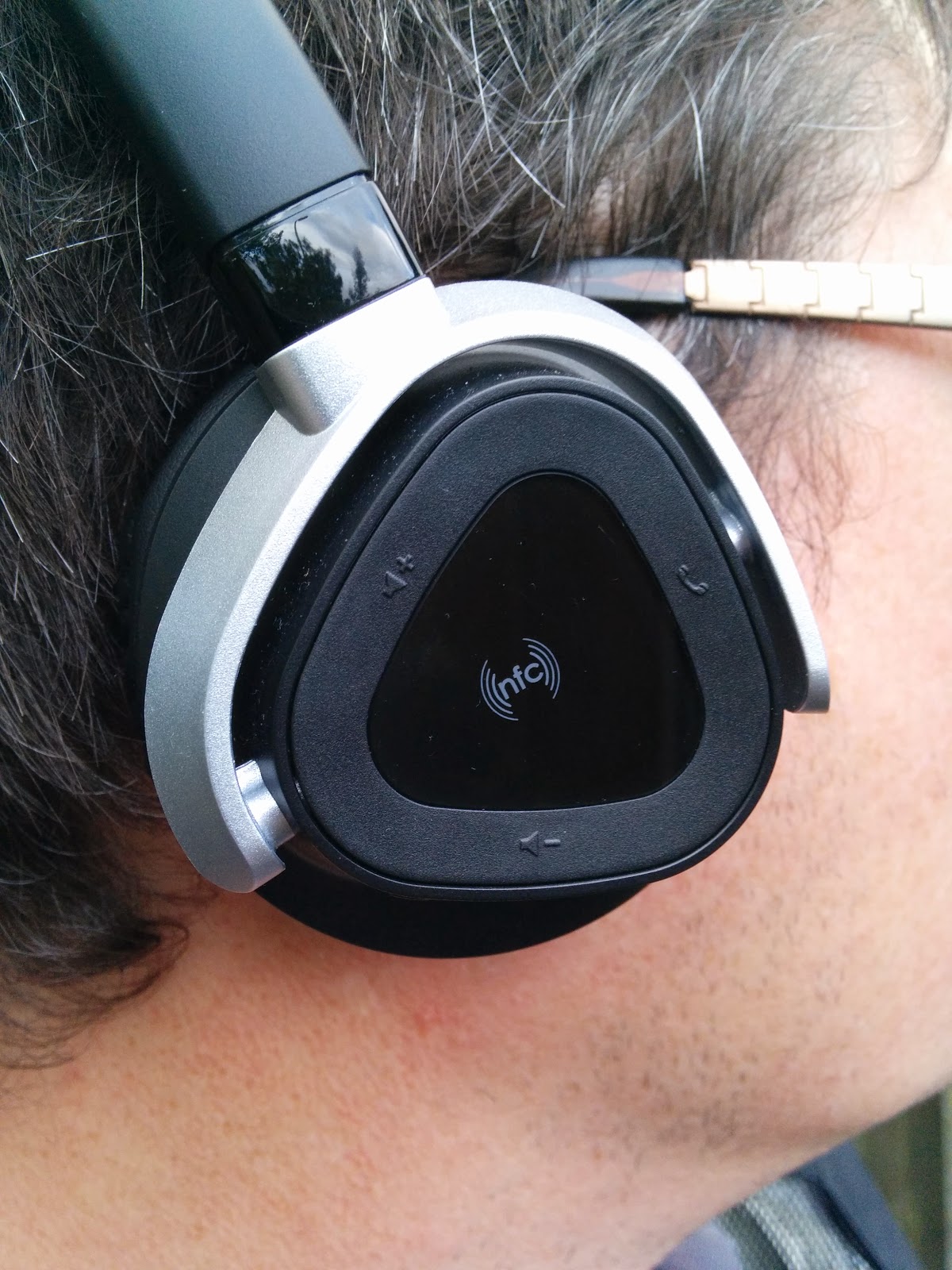 Right at the start I mentioned I’d been bitten by poor sound quality on BT headphones in the past. Specifically a pair of Jaybirds that weren’t cheap- in fact they were as expensive as the Creatives- but sounded very poor. At the time I put it down to the BT not being able to cope with the bandwidth for a decent sound but it turns out if BT is done properly is sounds great. Obviously on a pair of on ear headphones that retail for £80 direct from Creative, you’re not going to get a sound comparable to a £200 pair of wired headphones but they hold up surprisingly well to wired phones at the same price. Considering you’ve got all the tech in there like NFC, BT 3.0 and aptX, that’s no mean feat. It makes me wonder how good the premium top end Aurvana Platinum BT over the ear headphones are. At £250, are they 3 times as good? The addition of active noise cancellation is definitely tempting…

A final word on battery life though. It’s good. Better than I get out of my smartphone certainly. Creative quote up to 12 hours of music and call between charges. I’ve got to admit I’ve not taken or made a call using them, I’m old fashioned and like to hold a phone up to my ear rather than shout while wearing headphones. I have had the music turned right up and I’ve not had any issue with the battery life.

Sitting here, finishing this review, listening to Marillion’s Misplaced Childhood, I have to say the Creative HITZ WP380 Bluetooth headphones surpassed my expectations by some margin. I’ve managed to build up a pretty sizeable collection of headphones/earphones over the years- ranging from Shure, Ferrari, RHA and AKG, to Meelectronic, Sanyo and Koss- and whilst the Creative’s aren’t the best sounding they are in many ways the pair that have surprised me the most.