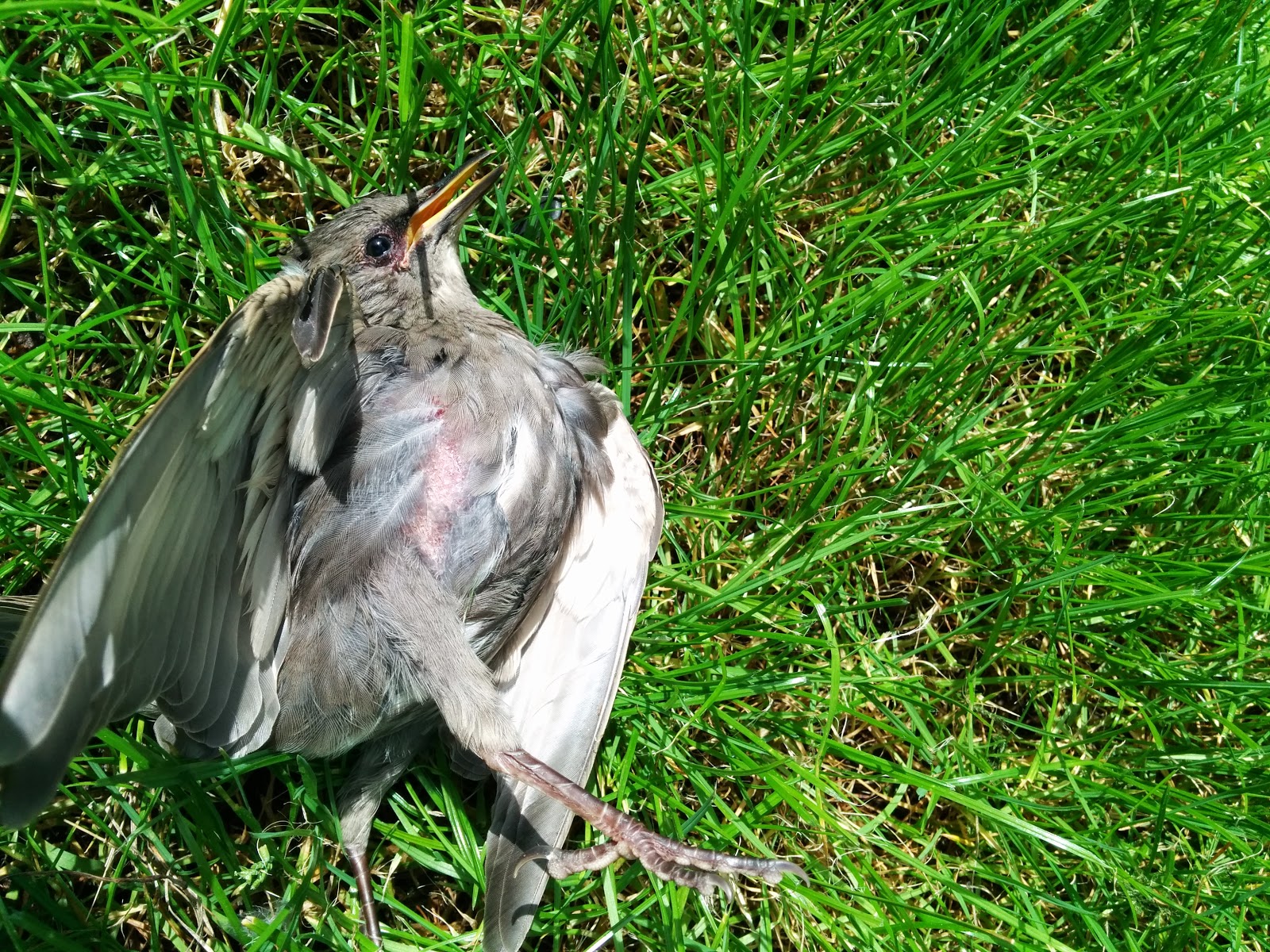 We had a sad event on Saturday morning. A newly fledged blackbird flew headlong into our patio window with a resounding THUNK! The poor mite had stunned himself, immediately getting the interest of a nearby magpie. A few viscous pecks later, the blackbird was wide awake and scrabbling to hide in a bush. The blackbird gave up and flew off.

It turned out that the blackbird had unfortunately broken it’s wing as a consequence of flying headlong at us, and it wasn’t long before the magpie was back, attempting to take the broken little bird off for dinner while it was still alive. By this point the kids had noticed and while what was happening was completely natural, some of them were getting upset (much like mummy blackbird was). Consequently I decided to take an active role. I shoo’ed the magpie off and checked out the little fella, ascertaining he was still alive, albeit bleeding from numerous pecks, and he was unable to move his right wing. With the magpie circling, I decided to do the humane thing and put the little man out of his misery. I popped him in a sandwich bag and suffocated him in it.

Ideally I wanted to leave the body out for the magpie because, hey, it’s nature, but the boy was distraught. He was adamant we should have either taken the bird to the vets or given him some special bird medicine himself. He even vowed to hunt that nasty magpie down when I’m older and kill him. In the end, it took some cuddles and a sit down for a good ten minutes to calm him down.

Fifi on the other hand showed her typical ruthlessness, demanding as soon as the bird was binned to play a card game that she’d waited for. Bless…