Before Easter I dropped in at Amazon’s tech lab by the Barbican Centre to have a chat with some of their clever technical bods about the newly branded Amazon Instants video service. Until recently Amazon offered streaming video under the Lovefilm brand that it acquired back in 2011 but with a rejig of it’s Prime free delivery offering to now include free streaming video. 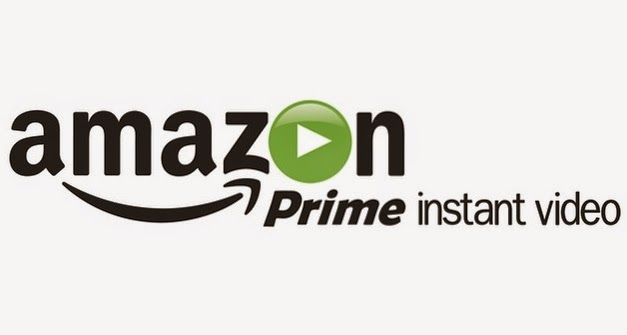 If you’ve somehow failed to notice, Amazon has really upped it’s game recently with Amazon Instants. The streaming app works on iPads and Kindle Fire HD/HDX, as well as the likes of the Xbox 360 (other home consoles are available). Irritatingly it doesn’t work on the vast majority of Android tablets (even though the Fire are based on a customised version of Android) and nor can you Chromecast your videos to a TV like you can with Netflix or YouTube. It’s early days yet though- Amazon is first and foremost a content provider and it sees it’s tablets as a content delivery mechanism as much as a device in their own right. Expect them to sort out the Android issue sooner rather than later because the more people who can access the media, the more chance to engage customers there is.

Although I talked to the bods about Amazon Instants obviously there was some discussion around it’s big competitor- Netflix. To my mind there is plenty that Netflix does well and wifey is currently on their ambassador scheme, but it’s interesting to hear that Amazon Instants actually have a larger catalogue of movies and shows in the UK. Everything in discussion with libraries has to be caveated with a geographical location because it gets blooming complicated- one organisation might have the rights in the US but someone entirely different may have it in Europe or even just in the UK. Still, there is definitely some really cool stuff on Amazon Instants.

We took the plunge on a Prime subscription after it was announced that video streaming was going to be included but before the price went up to £79.99. We’ve enjoyed using Instants but there’s a little more to it than watching cool stuff. A streaming services lives or fails in two key areas: firstly the catalogue available and secondly how seamlessly the technology works. The content on Amazon Instants is great- pretty wide and varied with a good selection of movies- and we’ve loved the Vikings and are now eagerly awaiting the third series. I have to admit the first couple of episodes were a bit unintentionally hilarious due to some really comic dialogue but it improved rapidly and has been great fun- full of violence, sex and more violence and sex. Oh, and series two has a blood eagle being performed. If you don’t know what a blood eagle is, Google it, it’s one of the most barbaric things I’ve ever come across. We’re now keenly waiting for series 3, which is due out next year and involves the invasion of a Roman built Paris by everyone’s favourite Viking.

So the content is there, but what about the technical side of it? We have a 120Mbs Virgin Media cable connection. On a wired connection we get comfortably over 100Mbs most of the time and on wireless well into the 80’s via the 5ghz wifi. We’ve experienced buffering, both on the Xbox 360 and the iPad app. We’ve also started watching an episode on the iPad and then come back later to finish watching it on the Xbox and have had to fast forward our way through most of the episode to the point we’ve reached. I read a lot on Kindle and the instant syncing is something I’m sort of used to, so to see it not happen here is a bit confusing.

Recently the buffering issue has improved somewhat but I should point out that we’re on a proper unlimited package with our broadband- there are no bandwidth caps or throttling, and running a speed test backs this up.

The odd bit of buffering aside though, we’ve never had an issue with service failure, unlike, say SONOS, which seems to drop it’s Spotify link with alarming regularity. If you use Amazon a lot for purchases and would like next day delivery on the vast majority of items, it’s a complete no brainer in my book. If you just want a good streaming service that’s simple enough for the kids to use, again you’ll not go wrong. With the Fire TV out in American, and presumably out in the UK soon, it’s looking like a good time to subscribe.