E3, the big international entertainment expo, has recently happened and there was lots to talk about.Continuing the conversation, Nintendo invited journos and bloggers to a three day drop in session in Picadilly where we all got to play some of the up and coming games that Nintendo has on the horizon. Some of them we’ve got to wait for until next year, like Yoshi’s Woolly World, but having played that particular game, the only problem I’ve got it the wait!

There were lots of games to play but my pick of the games on hand were probably as follows: 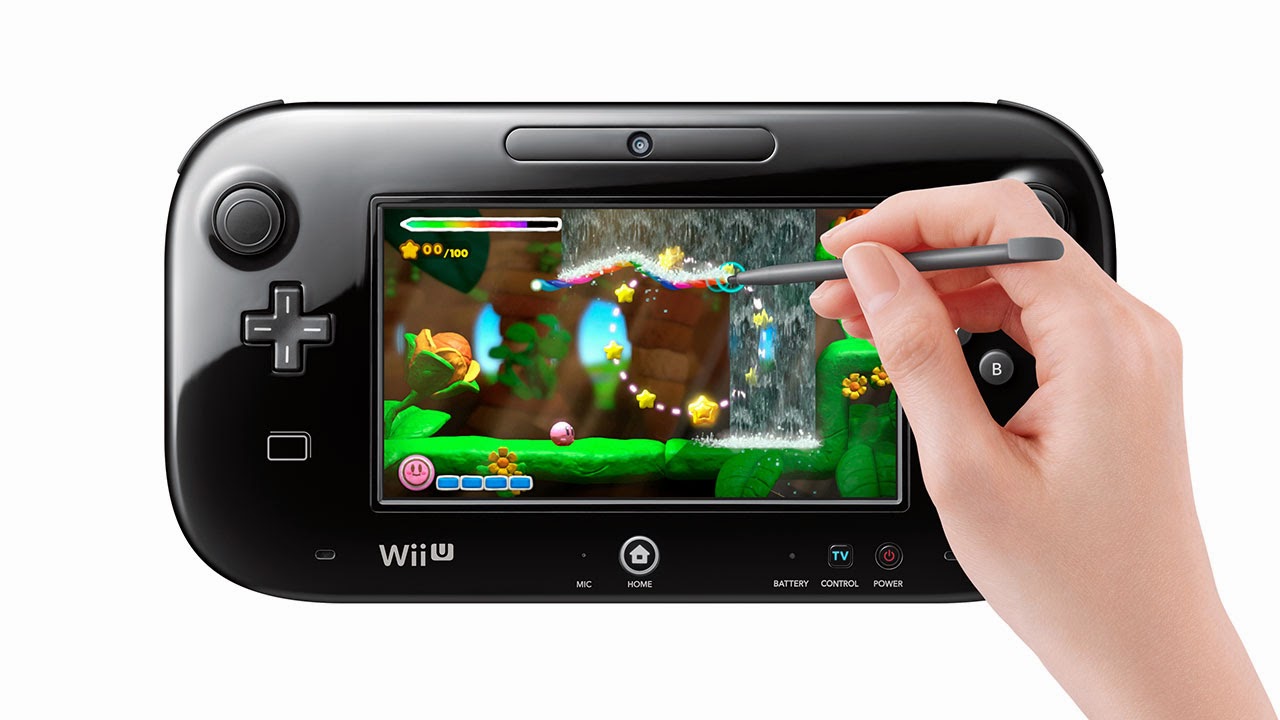 Kirby and the Rainbow Curse– sort of a mix between Rainbow Islands and one of those Marble Madness style games of yesteryear. Kirby rolls along and you have to draw rainbows with the stylus on the screen to get him over obstacles. It worked pretty well but the major downside I found was I ended up playing it exclusively on the gamepad so I could see what I was doing better. It would perhaps work better on the 3DS rather than the Wii U but was still tremendous fun and was full of subtle graphical touches. 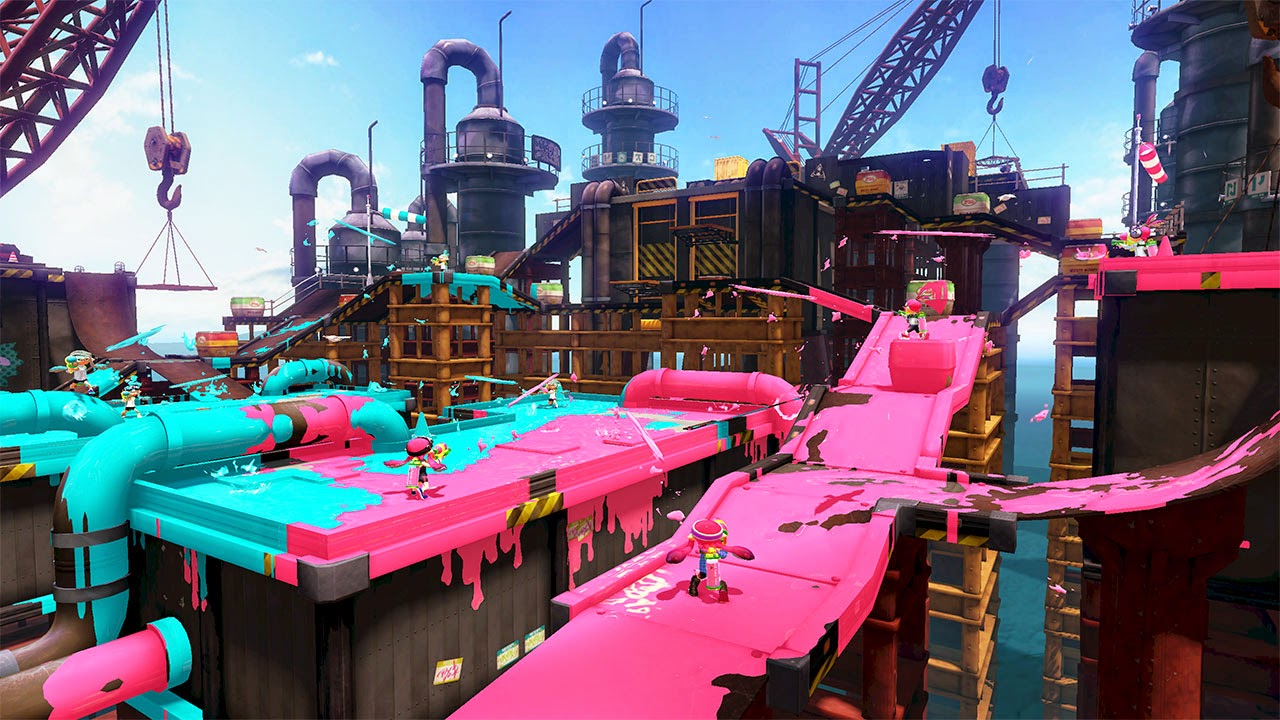 Splatoon-frantic and brilliant fun with 8 players. The arenas are small enough that you don’t lose the opposition and the game is very quick. Turning into a squid to top up your ink is a novelty but overall from what I saw, I think it will be one of the first games that gets pulled out when a group of mates are round. Suitable for kids of all ages, some of the younger ones might find the pace a bit daunting but there is no violence in it, just copious amounts of paint! 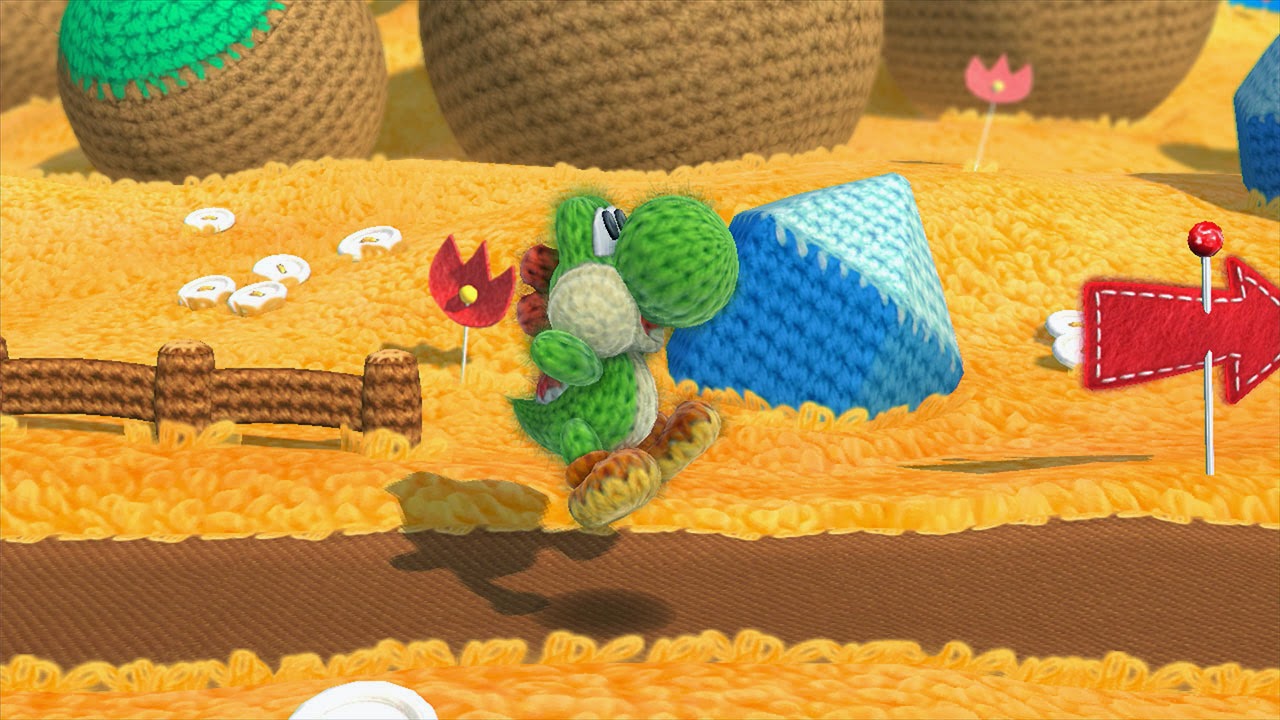 Yoshi’s Woolly World– what a wonderful game. I enjoyed the recent Yoshi’s New Island on 3DS but I prefer home console platform gaming personally. This has everything and looks incredibly. Basically Yoshi and the environment are made of wool and in HD you can see the fluff on every thread. Yoshi can unravel parts of the scenery, cover metal frames with wool to make platforms, and even unravels his legs a bit when he does his flutter jump thingy. Strikes me the wool motive is integral to the game, rather than a gimmick. Can’t wait for this one to be released but it’s not out until next year apparently.

Super Smash Bros– fast and colourful but I’ve never played one before and it confused the hell out of me. The 3DS version was as impressive as the Wii U game though. It’s a beat em up with a lot of characters from different Nintendo franchises and other popular games all mixed up. Frenetic and something I’d like an instruction manual and some considerable time to get to grips with, preferably without holding a canapé and a drink AND a controller.

There was an absolute ton of other stuff too, ranging from a new Sonic the Hedgehog game, to more creative stuff- every wanted to design your own Mario platform level? Well you will be able to with Mario Maker. The future is looking incredibly bright for the Wii U. I’m not a huge fan of first person shooters on consoles, and Nintendo seems to currently have the best mix of other types of games to keep people like me happy. I mean my kids, yes, the right sort of games for my kids to play. That’s it…