We had a nice end of term assembly from my daughter’s reception class today. They told us what they’d done during the term, showed us some paintings and sung a couple of songs. One was about brushing your teeth, which is always a nice way to indoctrinate small children into good dental hygiene, but the other, oh dear me, the other enraged me into a purple apoplectic state of fury, which may have had something to do with the excessive heat in the assembly hall and the two year old trying to rub off all the suntan lotion he had on him over my work trousers but mostly had to do with bad science.

Worse, it was bad science for the sake of a rhyme.

Observe the evidence below: 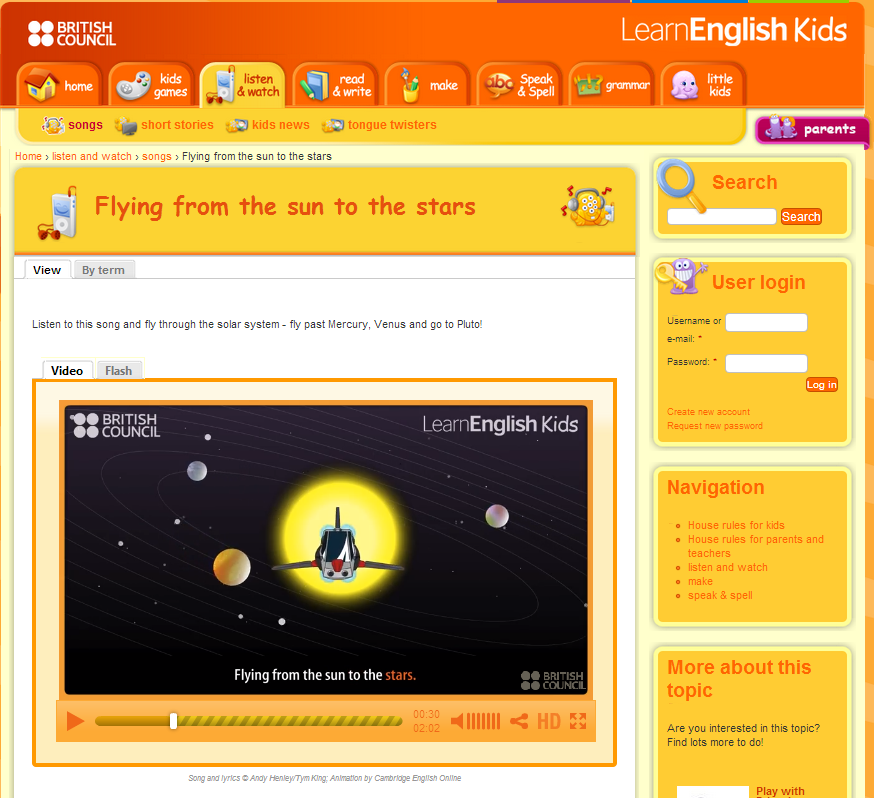 The tune was jaunty but the narrative was almost as bad as Creationism. “Flying from the sun to the stars“? The sun is a star you song writing buffoons. And worse, the song then follows this mistake by immediately listing the planets in our solar system, implicitly suggesting that the planets are the stars referred to in the previous line.
I’m not for one moment suggesting that 5 year olds should be learning about the more complicated stuff that astronomy and astrophysics can entail but considering Fifi can tell the difference between a cat and a dog fairly easily (like most kids over the age of two), telling the difference between a star and a planet shouldn’t be beyond her grasp or any of her peer group. Looking at it another way, why teach kids something via the medium of song that is obviously wrong? It’s counter productive and is something that has to be unlearnt at a later point.