I have to admit my experience of the first Planes movie at the cinema wasn’t the greatest. I spent half an hour sat behind some giant who was leaning forward, so I only saw what was going on around the sides of him. For the rest of the feature I was in the lobby with Ned, eating popcorn as he’d had enough.

On repeated viewing at home, the original Planes didn’t strike me as an awesome film; set in a shared universe with Cars, it was basically Cars but with Planes and didn’t do enough for me to differentiate itself from Cars or Cars 2. This is something the sequel, Planes, Fire & Rescue addresses though and it is all the better for it. 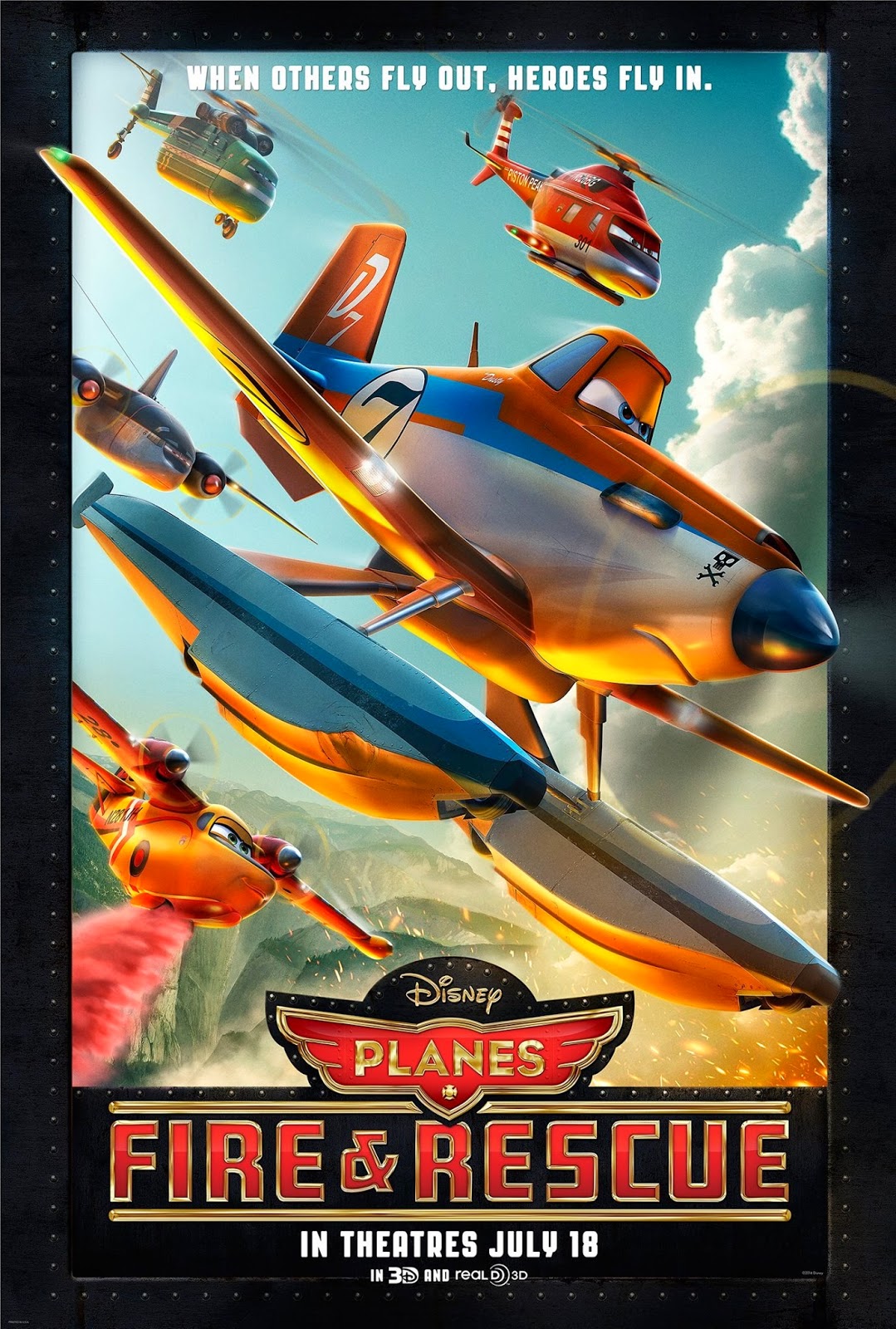 Dusty Crophopper, star of the first film, has been red-lining his torque in order to go faster and win more races. He has a slo-mo blip where we see one of the cogs in his gearbox crack a bit and then that’s it! He’s told no more racing or he could break his gearbox, which is so old they can’t source a replacement. Through a rather slapstick turn of events, Dusty ends up heading off to the sticks to get certified as a Fire & Rescue plane so that his town can keep their airfield open.

Dusty sees himself stationed at a National Park with the incumbent fire and rescue team, headed by the gruff Blade Ranger, a rescue helicopter. There are lots of raging wildfires to deal with and a newly restored and reopening WOODEN lodge may just cause a bit of a problem…

The themes then are complete Disney- a slightly arrogant but ultimately likeable character, who is put into an unfamiliar situation with characters who initially don’t like him but whom he wins around in the end. There is even the typical grouchy mentor figure, which is de rigour in this sort of movie. Not that it matters one jot though because the film is brilliantly paced, full of likeable characters and great action pieces. The fire effects in conjunction with the 3D are simply out of this world. There is peril but since the film is squarely aimed at kids, it’s mild peril, so should be suitable for all but the youngest. Even wifey, who is a cynical kids film watcher felt a tear come to the corner of her eye at one point, which was telling. The kids loved it and before the credits had even finished rolling, the boy was demanding the Blu Ray when it comes out.

Planes 2 isn’t as good as the original Cars but it’s better than Cars 2 AND Planes, and that’s not a bad place to be really. Shorn of the need to establish new characters in a shared universe, Planes 2 benefits from being character and story focussed and is so far, the must see kids film of the summer. The opposition will have to fly some distance to beat it too. It’s out in the UK on general release on 8 August.