A little over two years ago we were lucky enough to be invited to Legoland Windsor’s hotel opening (you can read about it here) and now we’ve just been to the opening of the Azteca Hotel at Chessington World of Adventures. What’s the connection? They’re both part of the Merlin Entertainments group, I’ll have you know. 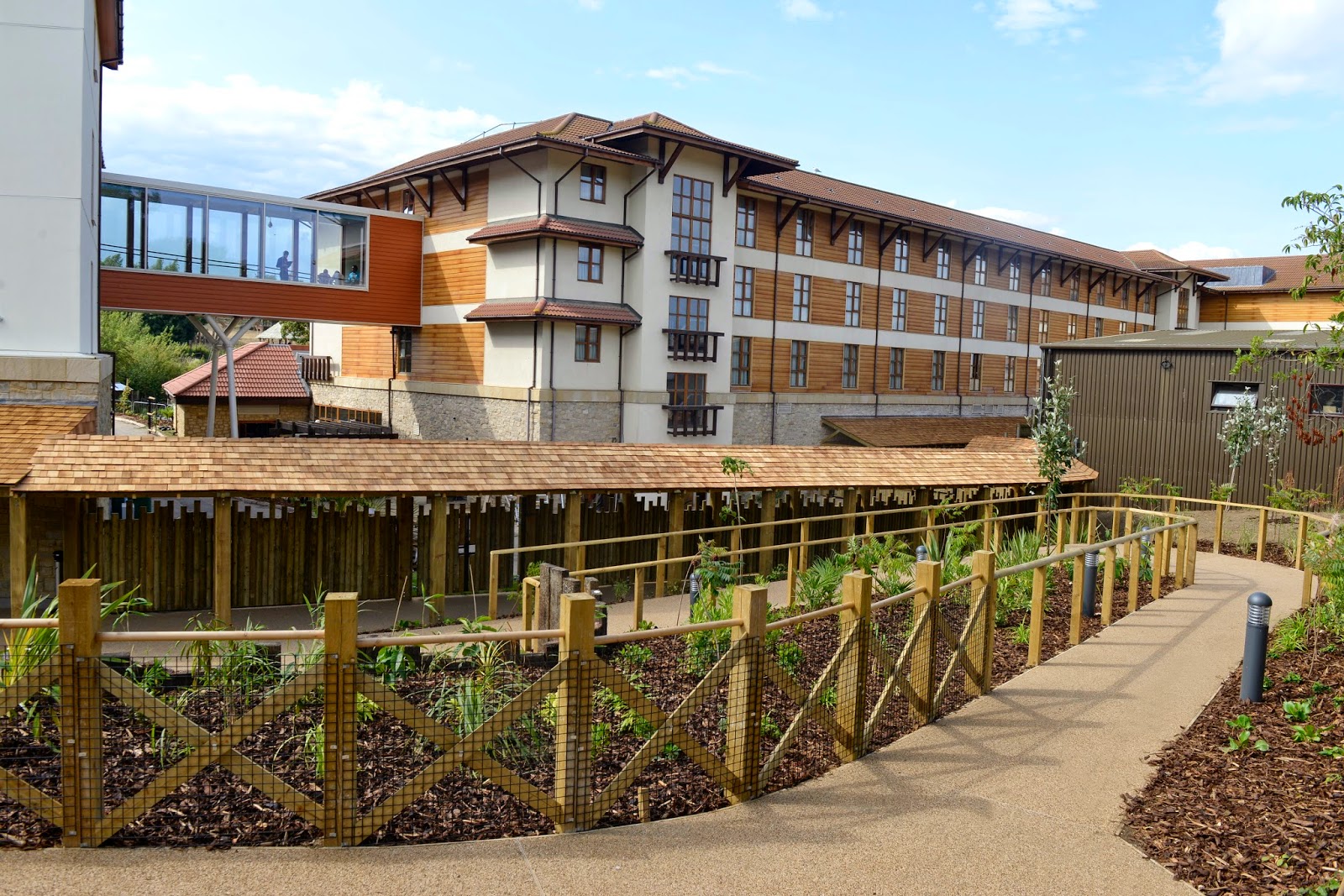 Right, now your business lesson is over, down to the hotel related excitement. Chessington already has an onsite hotel, the Safari Hotel, and entrance to the new Azteca Hotel is through the spacious lobby of the existing hotel. I’d had to send the wife and family on ahead because of work commitments and the horrendous weather meant it was gone 10pm when I arrived. I didn’t even notice I was checking in at the lobby of the Safari Hotel but it all went very smoothly and I found my way there without a single problem. The tours had finished by that point and people had begun to drift off to bed and the bar in the Safari Hotel but I did manage to meet Darren and Tom in the bar as they were finishing off their drinks and talking about the outrageous behaviour of various celebs and journos I unfortunately missed. 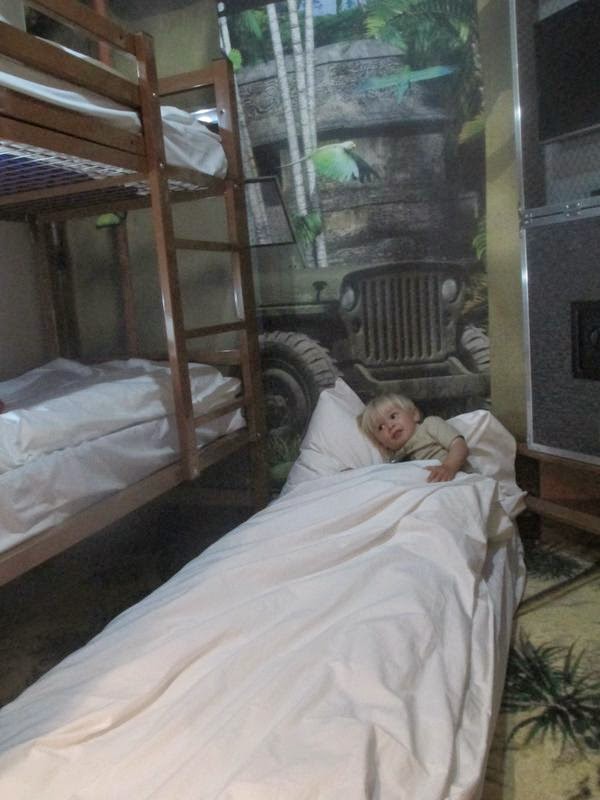 Even in the dark and torrential rain, the hotel looked pretty impressive and was lit up nicely. When I snuck into our room, I was immediately comforted by a familiar layout- exactly the same as the Legoland resort- with a separate “room” for the kids (a bunkbed and a pull out for a third child), a nice bathroom and a good sized area for the adult double bed.

We broke our fast the nest morning in the Temple bar and restaurant area, which keeps the Aztec theme going nicely. In many ways it reminded me a little of the ambience in the Rainforest Cafe- there were sound effects and what not that, given how relatively empty the place was as it was the press launch, made Ned jump once or twice! The food, hot (and cold) buffet style, was both good and easily accessible. For some reason the eggs were in the kids buffet section, which was at a kids friendly height, but other than that it all made perfect sense. 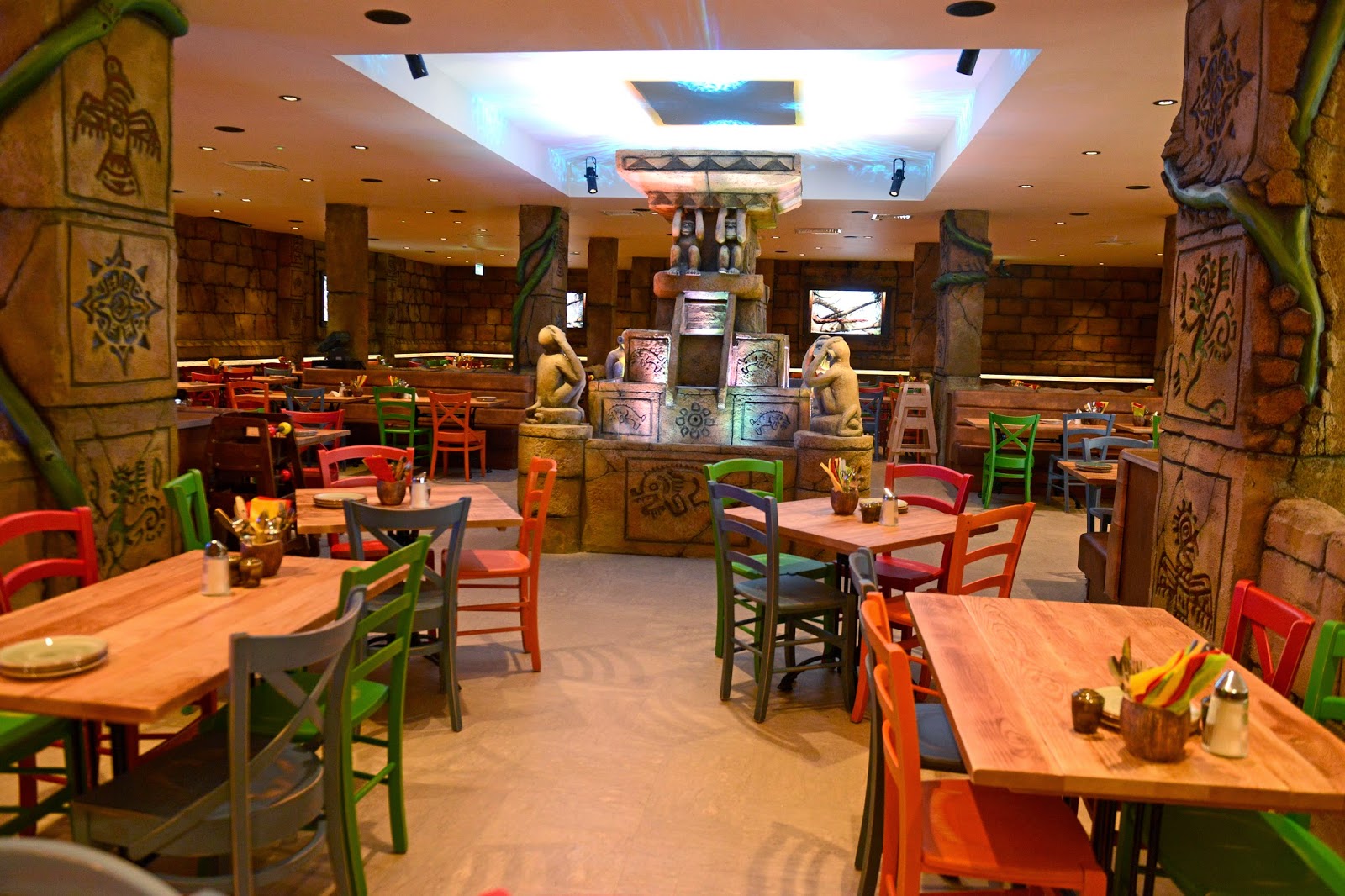 The hotel has it’s own swimming pool, the Savannah Splashzone, which is definitely aimed at kids. Given all the entertainment laid on at the launch, and our relatively late start the next morning, we didn’t get to test it out but it looks good fun, especially for an evening to properly wear the kids out before bed or work up more of an appetite for dinner.

Pre-booking at the hotel gets you the same early access to the park that people who pre-book park tickets get. This means you get into the park earlier than people who turn up on the door and may be able to bypass some of the queues for the more popular rides (at the peak of the day, the queue time for the Vampire was given at 100 minutes but I’m reliably informed by a friend with Merlin passes that this equates to about two and a half hours in reality). We got on the Dragon’s Fury, which is a terrifying roller-coaster than spins the the seats around as well as hurling you around on a track. I was impressed with the boy for having the courage to go on it- he’s only managed the Dragon at Legoland a couple of times.

You can find out more about the Azteca Hotel on the Chessington website. Be warned though, it’s very popular already!