I recently posted my #excitingdrive in conjunction with Shell V Power Nitro+ and although it was great, the choice of vehicle was a little more mundane than the cars that TV presenter Vicky Butler Henderson picked.

(ME) I like the idea of a Porsche Panamera or a Maserati Quattroporte as a family car but what’s the most outrageous car you’ve ever put a baby seat in or would consider doing so with?

(VBH) I would put a baby seat into any car so long as the airbag was turned off when placed on the passenger seat (safety first!). So that would include a Lamborghini Aventador, Ferrari F12 Berlinetta or a McLaren P1. 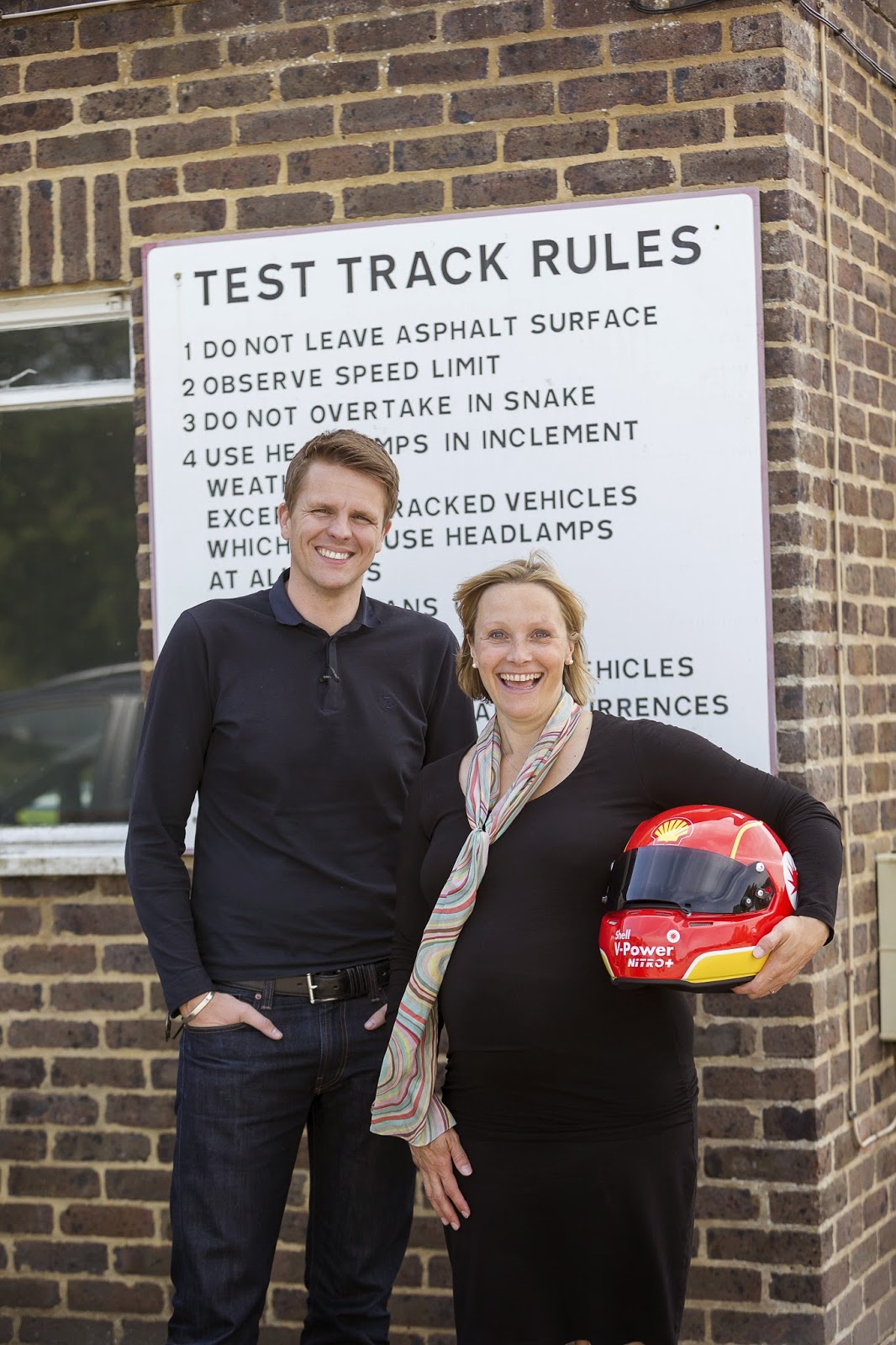 Nice choice, although I have the feeling even the extra large mother and baby parking spaces might struggle with the Lambo! Would you recommend a SUV over a people carrier or a big saloon for a family? What do you think makes a great family car?

The great thing about SUVs is that you climb up into them (usually) so instantly you and the kids get a better view of what’s going on when driving around. However, a big saloon is generally more comfortable because the suspension is set-up more for this. It all depends on what you and your family need. But, if there’s one machine that works brilliantly as a spacious, comfortable family car, then it’s a Range Rover – and the second hand market offers plenty for various budgets.

I’ve secretly lusted after a Land Rover Defender myself- it’d avoid all the dings that cars seem to pick up all the time. One thing I wouldn’t ever put on my car would be a baby on board sticker though, I despise them with a passion you can only dream of. Would you ever adorn your vehicle with a “baby on board” sticker and if so why?

No! In my experience it does not make other road users treat you more kindly, or overtake more considerately etc.

Do you find yourself driving differently when you have your daughter in the car and if so is there a logical rationale for that?

Yes, for sure because when I’m driving with her (or anyone else actually, unless I’m filming and expected to go sideways a lot) I am responsible for keeping her safe. Though I do treat her to a burst of torque occasionally which she loves!

Did you ever take your daughter out for a late night drive in an attempt to get her to sleep when she was tiny? Did it work? (I spent my formative years being driven around Suffolk in a MKII Spitfire in a futile attempt to get me to sleep, with that exhaust note, there was no chance).

Your parents sound fab! Or else you were just an excuse to go for a blast?! No, my daughter has always been great at going to sleep so there’s never been the need to crawl the streets at night. I appreciate this might come across as being a ‘smug mum’ – I’m not, I’m very grateful she slept well!! 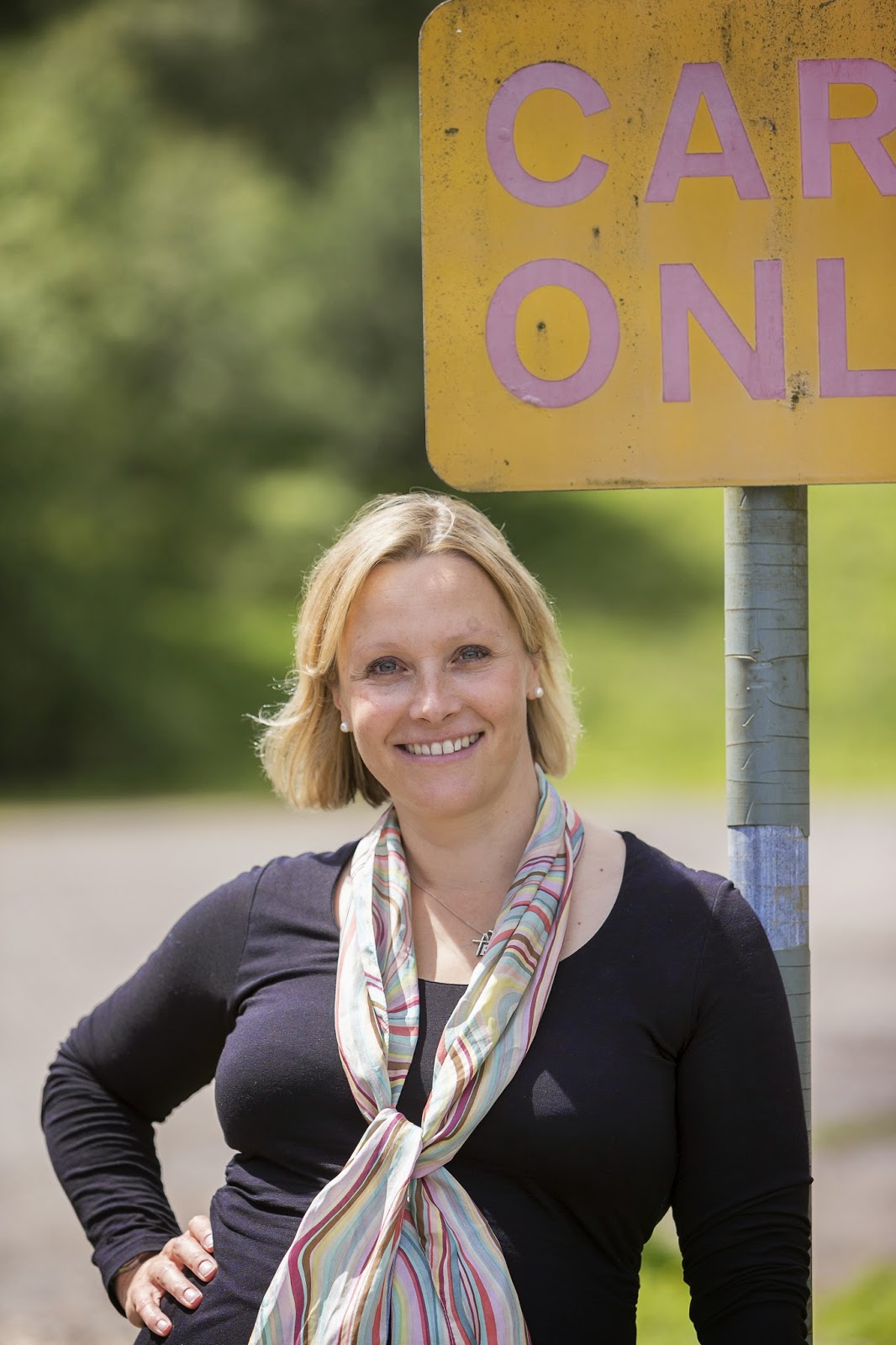 I was chatting to a dad recently who told me it was cheaper last year for his family to go on holiday for two weeks to India and catch the GP there than it was to buy tickets to the British GP. Do you think families are being priced out of motor racing generally and F1 specifically in this country?

I’m not surprised by that actually. The tickets to non-UK Grand Prix can be a lot cheaper. The best advice I can give is to go to the British F1 race weekend on the Friday because you will see three hours of F1 cars on the track during the two practice sessions, for a fraction of the price of a Sunday race day ticket. However, the race day is very exciting and would not be too dissimilar to the amount of money a family could spend at Alton Towers (travel, food etc) for example.

We got most of our thrills in front of the telly to be honest, the kids are currently having a ball with Mario Kart 8 on the Wii U- hopefully not picking up any bad driving habits! Talking of which, have you ever played any racing video games and if so, what was your favourite?

I used to be addicted to my Sega Megadrive (a museum piece  to today’s kids, I’m sure) and played Sonic the Hedgehog and PGA Golf late into the night on many occasions. Now I barely have time to read a newspaper, let alone indulge in such leisure activities.

Fiesta XR2i without a doubt!

And on that note I must say thank you very much to Vicky Butler Henderson for her time, even though her choice of 80’s warm hatch is obviously rubbish (I lusted after the Nova GTE for many a long year).