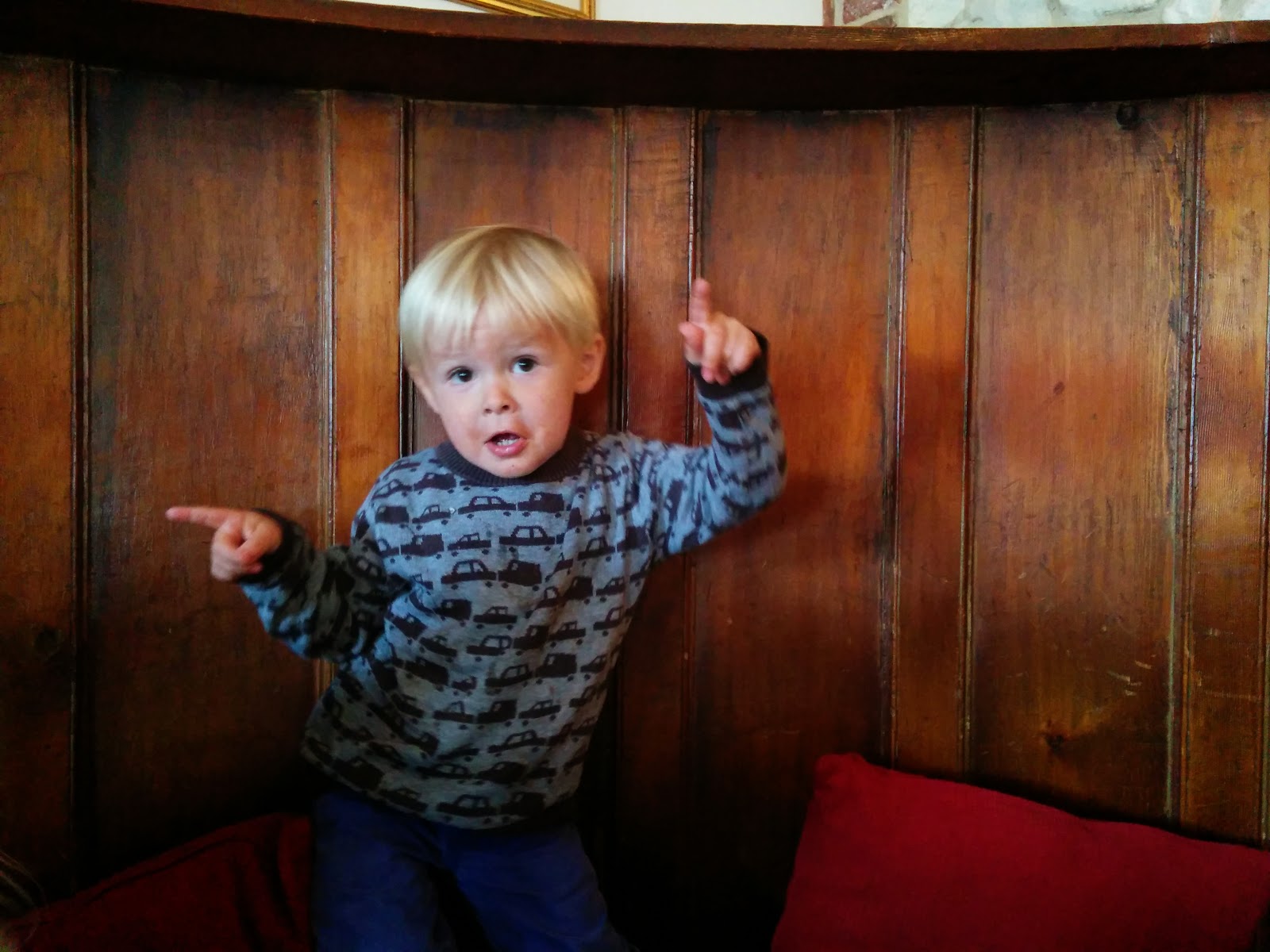 Ned is the third two year old we’ve owned and he is by far the most excitable. That stands to reason I suppose because the boy was, at the time, an only child and had nobody to bounce off or copy. When Fifi came along, she was a girl and full of fun and excitement. With only 21 months between her and the boy, they are often mistaken for twins and until recently have got on like a house on fire. Ned though. Oh boy. We have a two year old who sees what his older siblings are up to and complains vociferously when he can’t do what they’re doing- no matter that he’s 5 years younger than the boy. Yesterday he was grumpy because we made him eat his ice lolly in the garden so he wouldn’t get it on the sofa, when the boy ate his in the playroom. Unfair!

Still, for around 80% of the time (plus or minus ten percent depending on how many times he’s been up in the night), Ned is a bundle of excitement and wonder. I spent this evening building a Playmobil Castle with his help. He kept on interrupting to tell me “I is a lucky boy daddy.”, which was exceptionally cute.

When Ned plays, he does it full tilt and puts everything into it (much like he does when he tantrums). Of course this does use a lot of energy, hence the regular calls of SNACK, usually about three times an hour….

The picture above is another Lucky Boy moment, when we recently went to our favourite Norfolk pub, the Jolly Sailors, and ordered effectively a huge buffet. When the food came, he stood up on the bench and did a little dance. Because he’s gorgeous.