Quite often when we’re going somewhere in the car,the kids burst out randomly with a chorus of “everything is awesome.“, they love The LEGO Movie that much.

To celebrate the actual physical release of the LEGO Movie on DVD and Blu Ray, we were asked to take part in a LEGO Party this weekend. If you can do your own, you’re in with a chance of winning big- prizes include Benny’s SpaceShip- if you tweet a picture of you enjoying yourself at @TheLEGOMovieUK with the hashtag #TheLEGOMovieDVD.

So armed with some masks, bunting, soundtracks and the DVD of The LEGO Movie, we set about having some fun with some friends at our own LEGO Movie party

We’ve had a heck of a lot of fun, can you guess who is who: 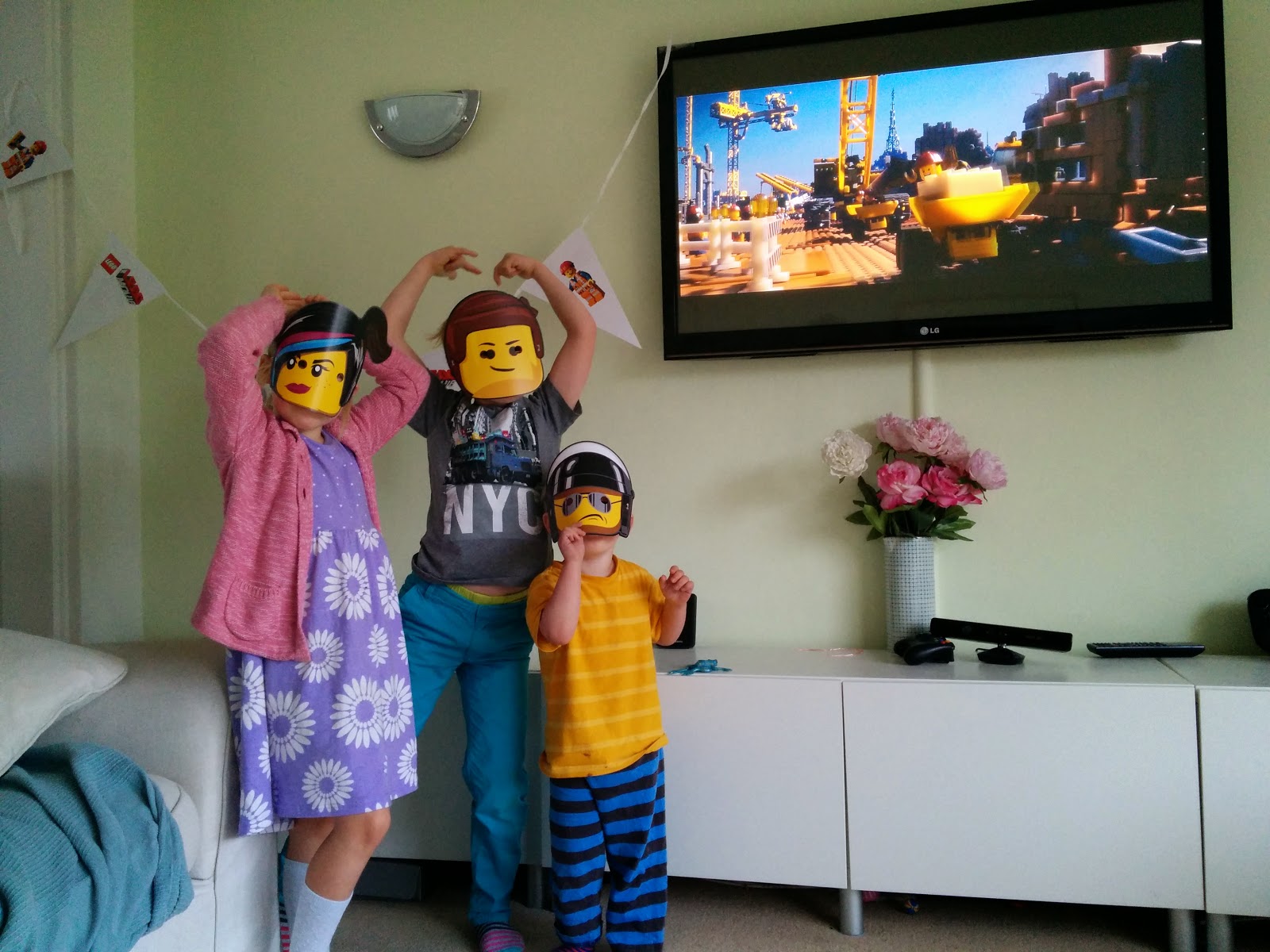 Rather disturbingly we had the sound track album on in the car yesterday and both the older two kids were able to identify where we were in the film by the actual incidental music. Is it possible to wear a DVD out through over use? If it is we are probably in prime position to find out…