We’ve been lucky enough to review another of the Playmobil Castles before the Dragons Great Asian Castle that we’re looking at here; three years ago wifey reviewed the Falcon Knights Castle. Whilst that castle is undoubtedly brilliant, and significantly larger in terms of foot print than the Great Asian Castle, it’s size is in someways one of it’s shortcomings. It’s so big, it’s not secured on a base so is prone to coming to bits when marauding two year olds stampede towards it. Back then, Fifi was the marauding two year old, today it’s Ned, who is also two, so the boy doesn’t really get to use it as much as we’d like. 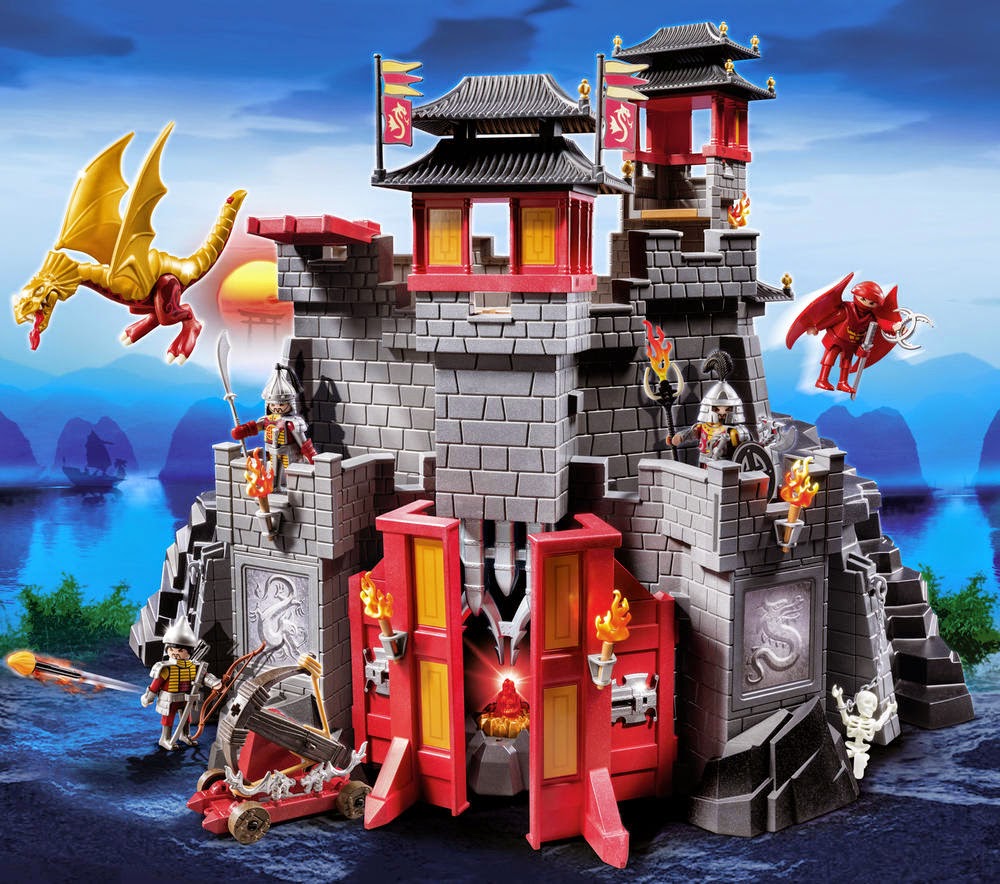 Enter Playmobil set 5479, the Great Asian Castle, which is part of the Dragons range. Much like a wedding cake, it’s multiple tiers see it go up rather than out, and the top of the first tier is secured by a sturdy base that gives the whole castle much greater rigidity and stability when it comes to play. You can lift it up in one piece and move it from place to play, which makes it very versatile.

As mentioned, there are several tiers, three in fact, the first of which is a rocky base with a set of huge doors and a portcullis set into them. The rear of this rocky base swings open on a pivot, allowing kids access to whatever characters they have positioned inside. The middle tier has smaller doors and some crenelations, while the top tier comprises a wood effect platform and a couple of oriental style turrets.

This is a big set, costing £99.99, but for your money you do get an awful lot of stuff. Aside from the castle, you get a dragon, a ninja, three Chinese warriors and a really cool crossbow. I could go on but the best way is to watch the short video I’ve made below. It’s under 3 minutes and gives you a really good idea of how the Castle works: