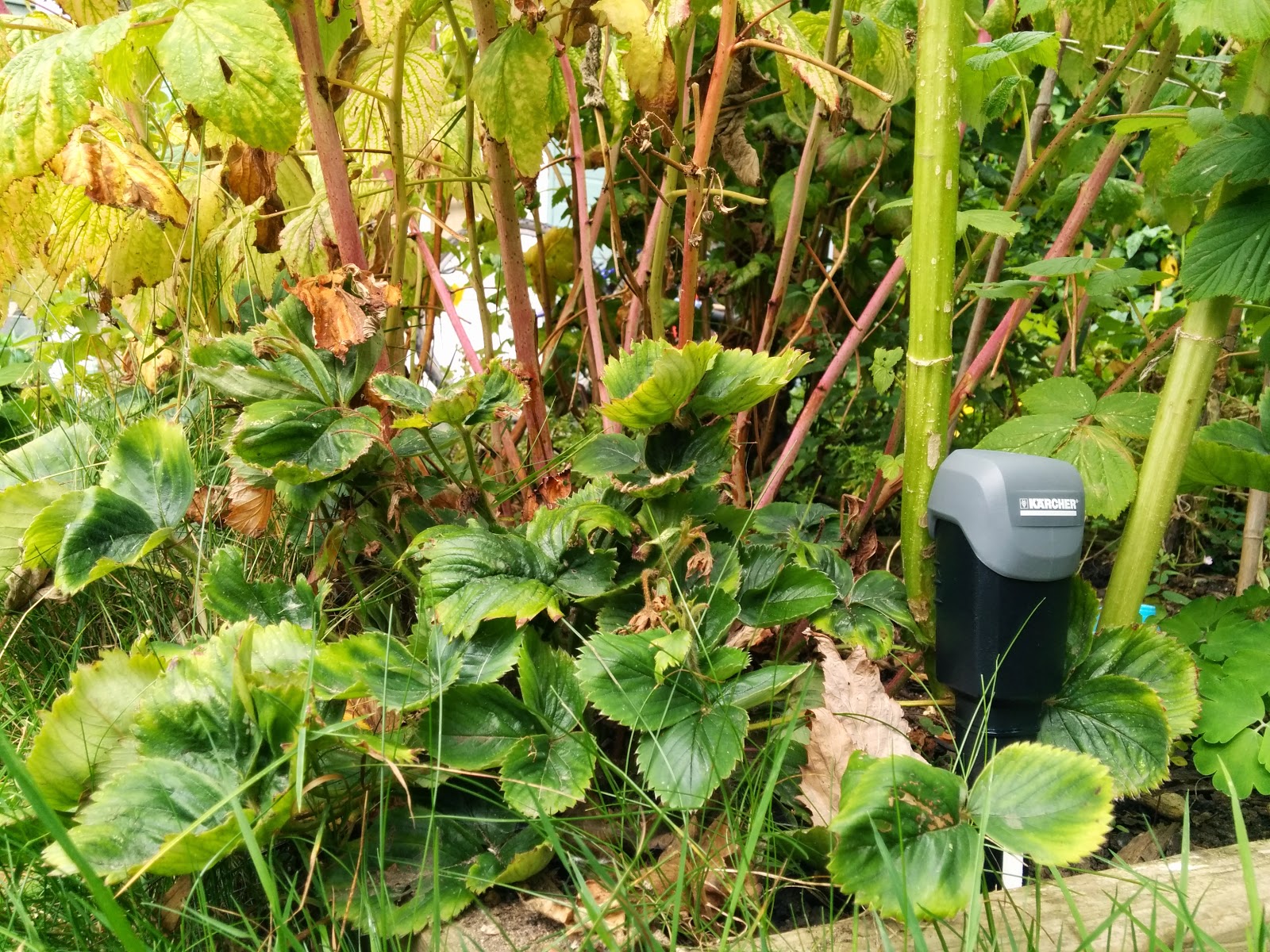 Being on the Karcher ambassador programme has been great fun- so far we’ve reviewed pressure washers, steamers, and window vacs- but now we’re on to something in a whole different ballpark.

When Karcher asked how keen we were as gardeners, we had to reply “very” because we grow a very wide selection of fruit and veg. Currently we even have peas, tomatoes and runner beans growing in a raised bed in our front garden. Our back garden has apple trees, raspberries, gooseberries, more peas, runner beans, and tomatoes, red currants and strawberries.

During the summer we have to water the plants every single night, and given where the vegetable patch is, a sprinkler isn’t really an option, so we’ve tended to either use a watering can (until the water butt is empty at any rate) or the garden hose. Now, thanks to Karcher, we have an alternative. Their premium irrigation kit contains (deep breath) a battery operated valve that attaches to your outdoor tap and communicates with wireless moisture sensors (like the one in the picture above) to regulate the water flow through a series of hoses and valves. This bit is called the Senso Timer. It sounds much more complicated than it actually is- aside from the battery operated parts, you get all of this: 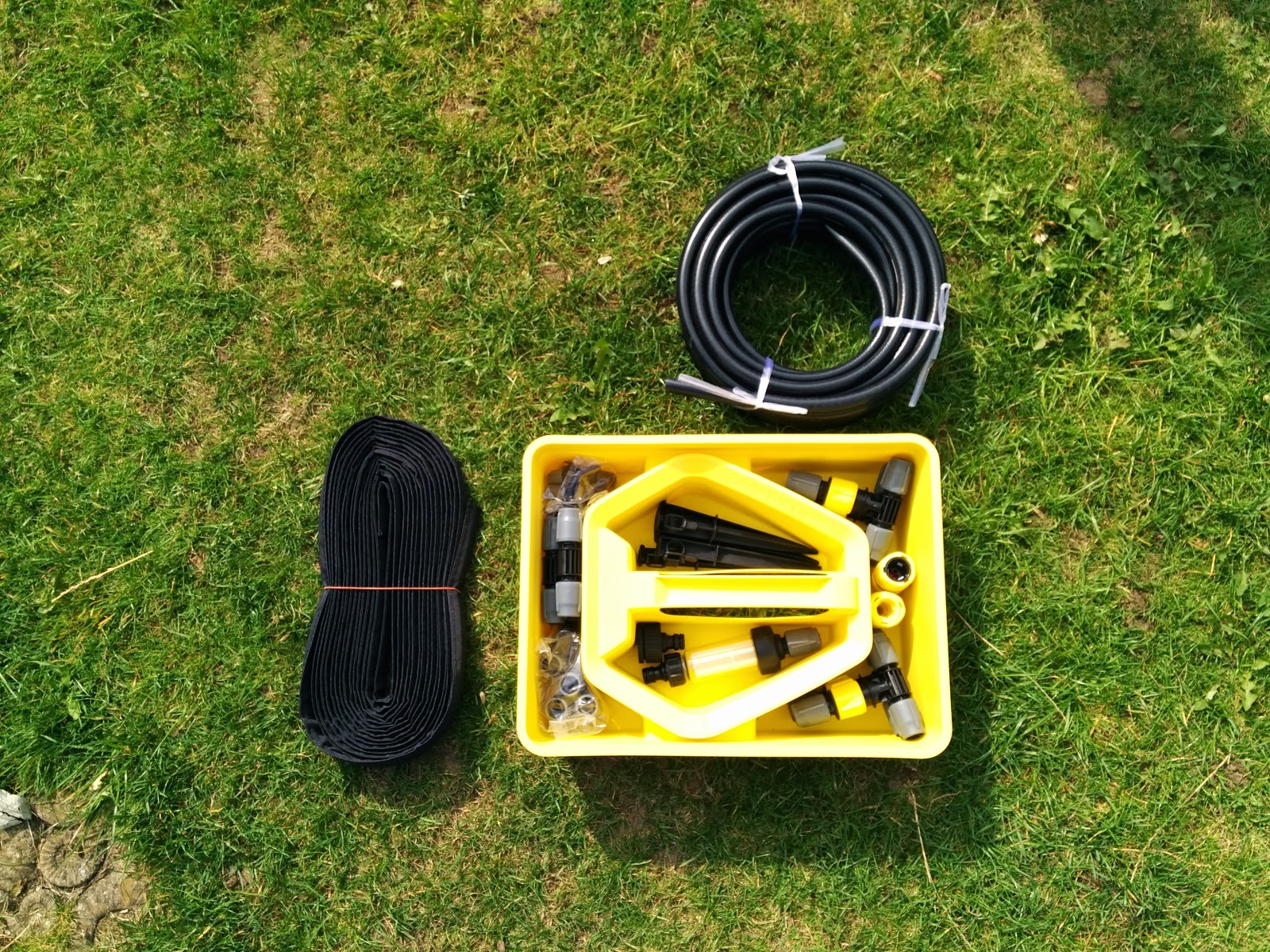 The thin collapsible hose to the left of the tray is the irrigation hose- it’s designed to leak out water and irrigate the veggies. The much thicker hose at the top is designed to run from your tap up to the edge of the veggie box. Once it gets there, you pop the pressure valve on. This reduces the water pressure to about 2 bar, which is much better for dribbling gently out of the permeable hose. If you have a regimented and well set out vegetable patch, you can cut the permeable hose and run it between rows of veg. There are numerous couplings and terminators included in the box to facilitate this. Since it’s getting towards the end of the growing season, we decided to simply curl it round the patch, using the spikes provided to put it above the ground level: 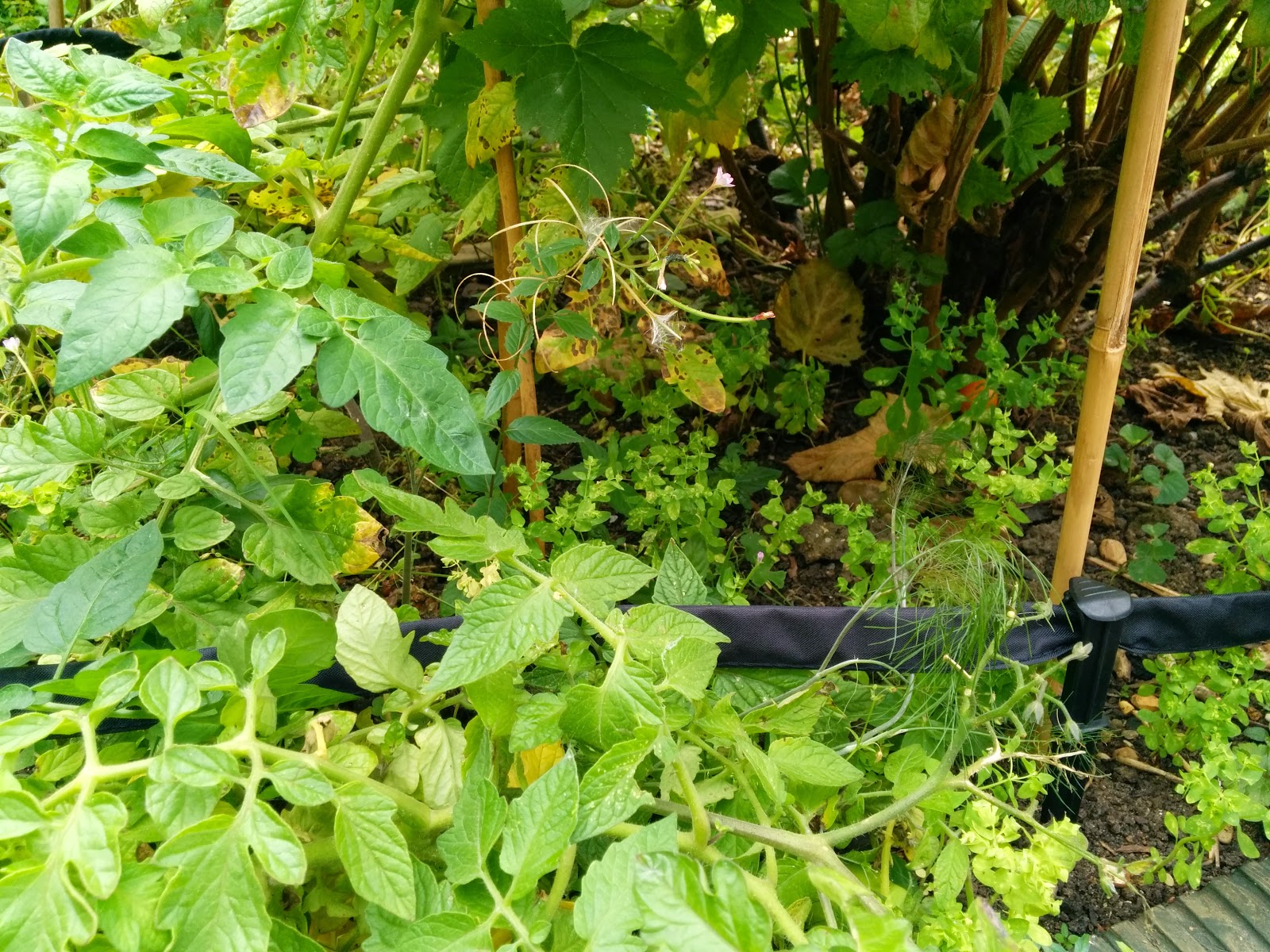 Even doing it this way (we’ll tailor it to fit next summer), it still took me a good hour or so to get it set up. The instructions for the actual hosing side of things weren’t brilliant- whether there should have been a booklet in the box or not, I certainly couldn’t find one and we had to rely on the drawings on the side of the box. The digital sensor and controller were much better, although the box did contain the warning “Batteries not included”. The base unit and the sensor both take a square 9V battery, which you should make sure you have beforehand as unless you’re really organised and keep spares for your smoke detectors, you’re unlikely to have sitting around. 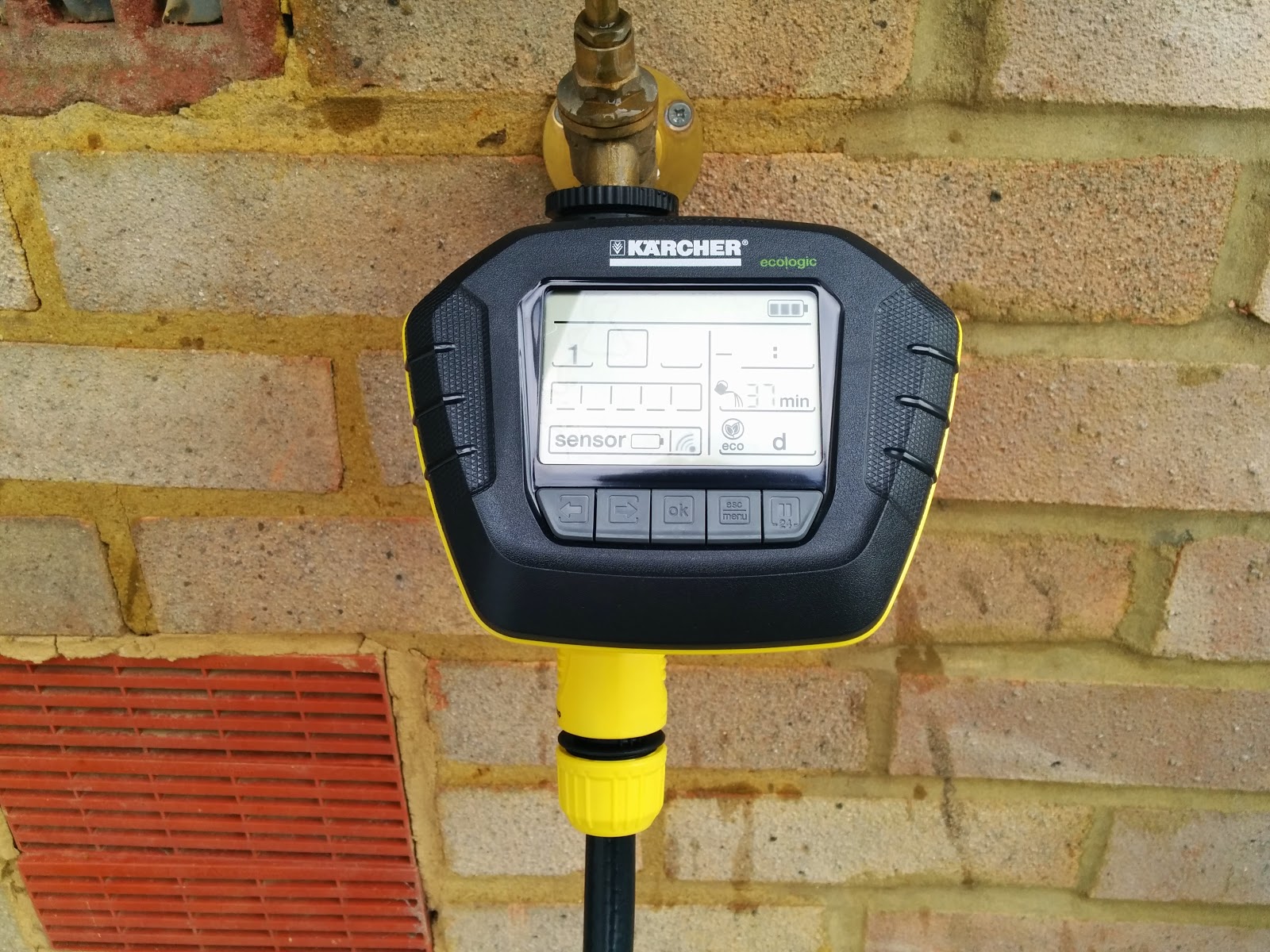 The Senso Timer can be set to irrigate at two different times a day, dependant on the soil moisture, which as I’ve mentioned the stake sensor measures. Although the Sensor Timer looks heavy and bulky, attached to the tap above, it doesn’t put any strain on it or the pipework.

The premium irrigation kit comprises two parts, the Rain Box (RRP £79.99) and the Senso Timer kit (RRP £99.99). If you want to get a better idea of how it all works, with someone even more happy on screen than me, Karcher have this handy video to show you: