We’ve been getting by with a pair of old DECT cordless phones for the past few years without a huge amount of issues- other than me occasionally having to go downstairs at 2am and find one that’s low on battery and beeping it’s little heart out. I’ve never understood the convention that sees devices that are low on battery tell you that they’re low on battery by speeding up the battery drain by making noises at you- seems counter intuitive to me. 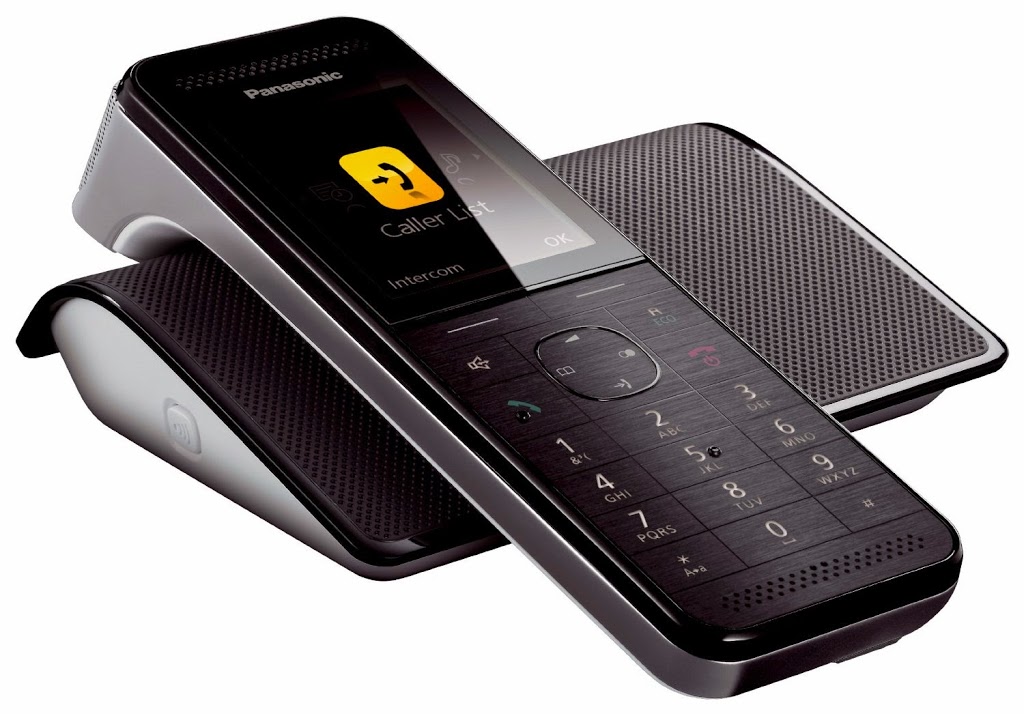 Anyway, Panasonic kindly offered me a KX-PRW120 to have a play with , which you can pick up for around £100 from retailers like John Lewis. From the get go the device looks premium and although you could make the argument that £100 is a lot to pay for a cordless phone (it isn’t in this case but we’ll get on to that in a minute), the device itself feels and looks like a premium product and is certainly as solid as anything I’ve held since the good old Bakelite days.

Setting up the KX-PRW120 is more akin to setting up a smartphone than simply plugging a telephone in and that’s because the phone has a lot of smart features. The first thing you do is connect the device to your WiFi network, and then the fun begins. There is an app for IOS and Android that allows your smartphone (or tablet!) to act as an additional handset for your landline. This is limited to instances where you’re on your own WiFi network but it basically means that you have access to as many additional handsets as you could want. The call quality when you answer a call via the Smartphone Connect is adequate, although at the edge of WiFi for my Nexus 5, it wasn’t brilliant.

What is brilliant is the answerphone system that allows you to listen to messages from your smartphone and makes it much easier to notice when you have a new message (via an alert on your smartphone), rather than just showing on the handset or base unit. Another nice touch is being able to download the contacts, including photo ID, from your smartphone into the KX-PRW120, which makes setting it up so much easier.

Over the last few years smartphones have got so much more advanced and it’s nice to see some of the usability making it’s way over into home phones. Given that a lot of broadband contracts still require you to pay line rental for a phone line, I can’t see home phones going away anytime soon and until they do, I’m more than happy to have this little fella plugged in.