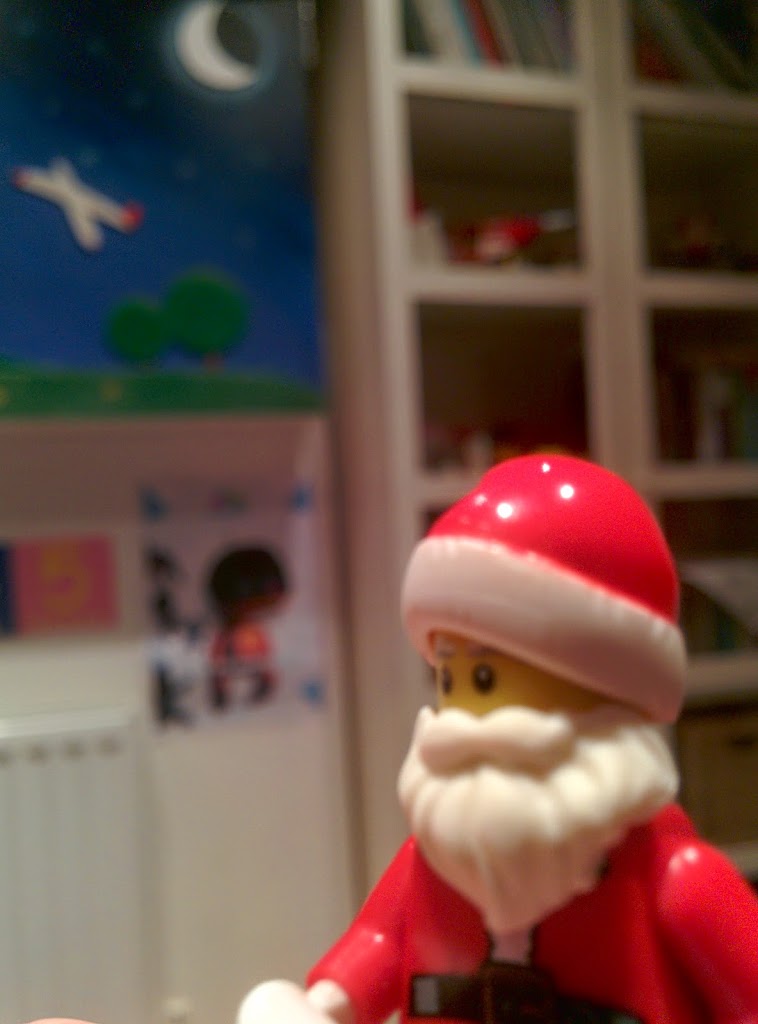 The shops have already got the advent calendars up to buy, we’ve had the Playmobil versions in the post and it’s now dark when I get up in the morning. The last one in that list is the telling one, since you can’t really determine what the time of year is from what is on display in the shops (back to school started before our kids school had broken up, Christmas stuff is on sale before Halloween, dogs and cats living together… mass hysteria…)

Normally we have Christmas pretty well sorted in terms of the pressies by the time November hoves into view. This year I feel somewhat on the backfoot. We’ve only got as far as setting up a Google Documents spreadsheet which we’ve shared around- people along the top, with gift requests underneath their name, black for “would like”, red for “have acquired”. So far the boy is top of the list for “acquired” and also “would like”. No surprise there but he’s going to be disappointed because he’s adamant he wants a foot spa for Christmas and he’s got no chance whatsoever there as I’ve not even added it to his column.

The boy is relatively easy to buy presents for anyway; he loves LEGO, Playmobil, and anything vaguely video game or Doctor Who related. Fifi and Ned are much harder. Fifi doesn’t have the patience for LEGO and has never really played with action figures or playsets. She seems to want stuff that I think of as Christmas Day Crap- battery operated remote control ponies/puppies/cats that get played with loads on Christmas Day and are then never seen again afterwards. Ned is our only child who loves playing with action sets like Scooby-Doo or Octonauts but instinctively he just wants to play with whatever the bigger kids are playing with at any given moment. I’m hopeless to buy for, so consider this a very public apology for anyone considering getting me a gift. It’s probably why I always end up with a pack of vests or something.

Christmas is of course not just about presents (try telling that to small children though) and we do take the kids to the Christingle service at the very least. Moreover we dig out all the Christmas books to read as bed time story. It doesn’t help that the boy is secretly convinced Jesus is a zombie (he did come back from the dead after all) but we do try to emphasise this aspect as to my mind there is little point celebrating a holiday that you don’t discuss, let alone believe in.

For us Christmas is also a family time- less so since my little brother went silent on us at the start of last year- and this year should be better than normal as I’ve managed to be so miserly with my annual leave that I’ve managed to take Christmas Eve until 2nd January off work. We’ll see both sets of grandparents immediately around Christmas, and nieces and nephews as well. We will also get to spend some time together as a family without loads of outside pressures, which will be wonderful.