Fifi wanted a “daddy day” where she didn’t have to fight for my attention with the two boys, so we talked about where we could go and what we could do. I didn’t really want to go shopping, so we compromised and decided to get on a train and go to the Tate Modern to see some modern art, have a spot of lunch and a walk over the Millennium Bridge.

We recently bought a family railcard, which has to be the best investment I’ve made in years. It cost us £20 for a year and seems to make all the rail fares completely insignificant. It normally costs me about £12 on a weekend to get a return to central London, but with Fifi with me and the rail card, it cost £6.80 for the pair of us. Alighting at BlackFriars after an uneventful trip in, we walked the short distance to the Tate Modern on the South Bank. Although there were lots of temporary exhibitions on, and some of these weren’t that expensive, we decided to tour the public galleries and have a look at the general art work. 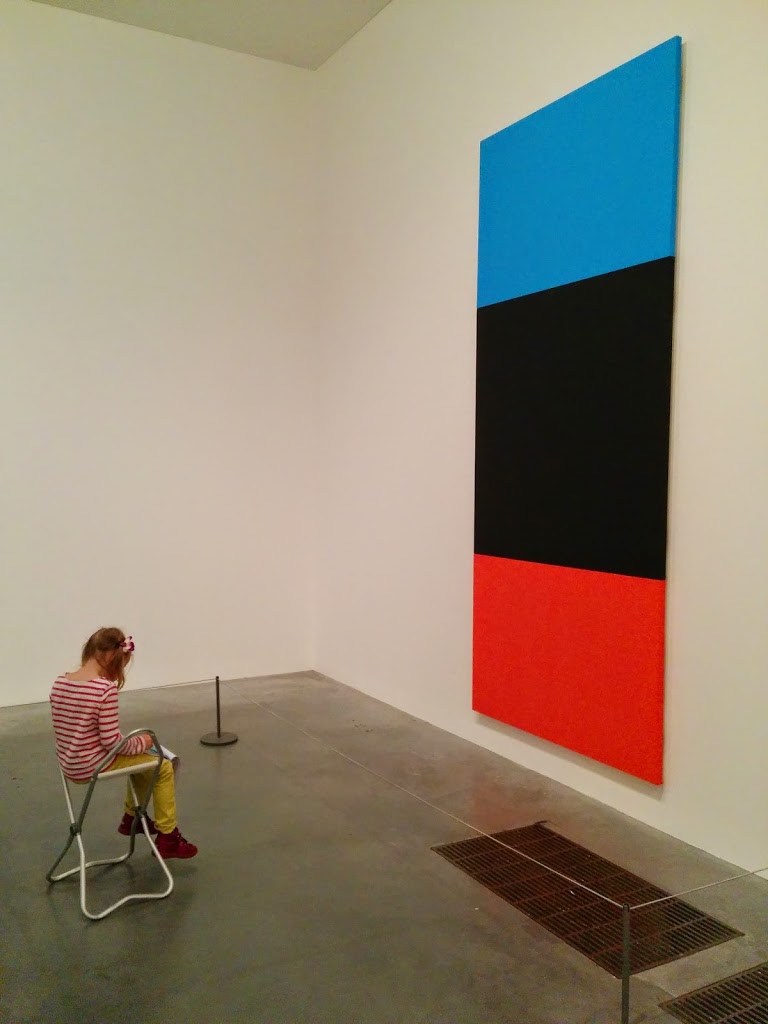 I had packed a note pad and some felt tipped pens for Fifi but first we hunkered down in the turbine room and had a general chat about art. I told Fifi that I wanted her to look at the art and tell me honestly how it made her feel and what she thought about it. I’ve written about my views on kids and art galleries/museums before but to reiterate briefly, I believe art is accessible to any one of any age because appreciation is relative. An educated understanding of art techniques and convention certainly add to the viewers enjoyment but they’re not necessary to be moved on an emotional level.

I told Fifi however a piece made her feel, she couldn’t be wrong in her opinion because it was her special opinion. If she thought something was scary, like Dali’s Metamorphosis of Narcissus, who is anyone to tell her she’s wrong? Thus empowered we set off to have a look at some stuff.

I ended up carrying one of the complementary chairs around because as well as telling me about the pictures, Fifi wanted to draw some of them. Her choices ranged from Soviet propaganda pieces (it had a horse), to properly abstract stuff and even a Judd stacking wedge sculpture. I tried to pass on my slight obsession with Kandinsky to her but I could only find the odd one and she was more interested in the Henry Moore and Barbara Hepworth sculptures. Oh well, maybe next time. 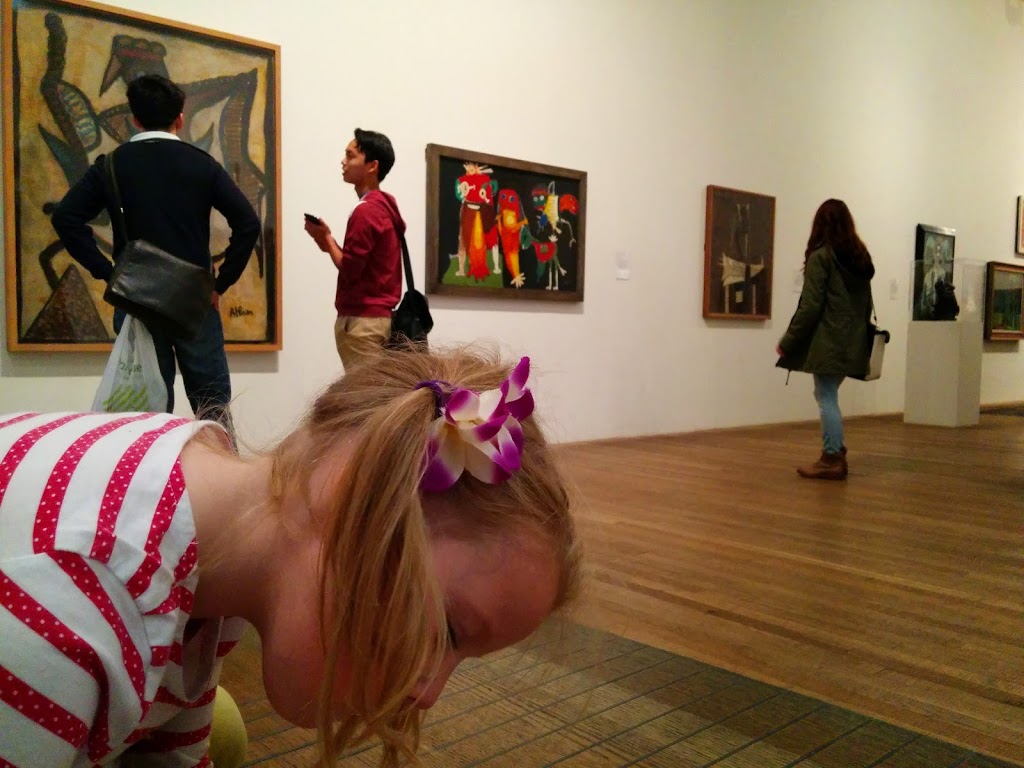 We must have spent about 4 hours, including a tea break and a quick spot of lunch, roaming the galleries. When it became obvious that Fifi was getting a bit restless, we left because if you want to keep something exciting and fresh, you shouldn’t outstay interest in my book. We covered pretty much everything on offer, some in more detail than others and I made sure that Fifi practised her reading skills by reading a few labels to me.

Fifi did pictures inspired by her five favourite works of art while we in the gallery and I thought it would be a nice reminder for her if I photographed (with the flash turned off of course) the art and made her a slideshow of her art alongside the originals.

You can see it here on Flickr (full screen option available):

So as an all in day out, we spent less than £25, which included train fares, a snack and lunch. I’m afraid we didn’t manage the suggested £4 donation in lieu of entry but given than two sandwiches and a couple of drinks and crisps cost us £12, I think they had their money out of us. We also exited via the gift shop too.

I was happy to answer as best I could any of Fifi’s questions about the art on display but I was careful not to bombard her with facts. She is only five and at this age I think having a broad appreciation is much better than being drilled in the history and facts behind an artistic movement. For the record, she said my moustache was better than Lenin’s but not as impressive as Stalin’s. If that’s all she took from the Soviet propaganda poster display, then that’s fine with me.