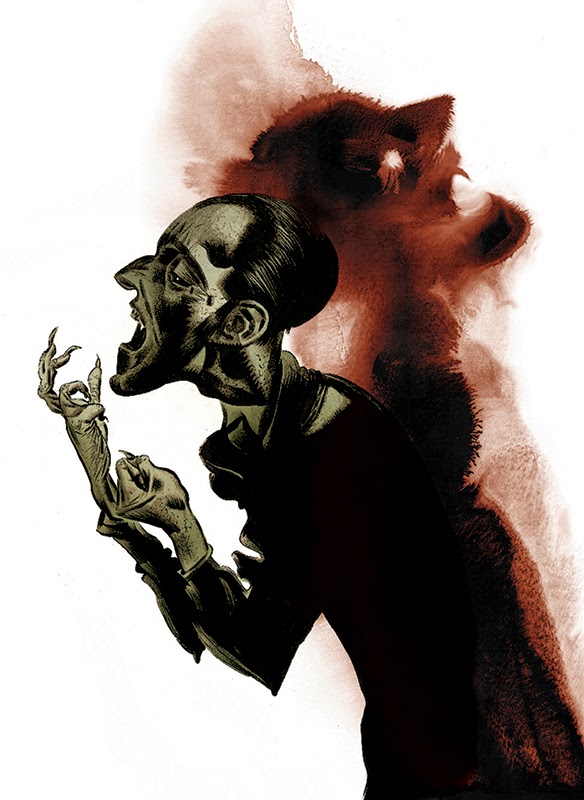 On our way back from a rather nice trip to play a lot of new Nintendo 3DS games at an event put on by Nintendo, we decided to pop into the British Library and see their latest exhibition.

Terror and Wonder: The Gothic Imagination runs until mid January and features a couple of hundred items linked into the Gothic movement. The exhibition is ticketed but children are free and wifey got in free courtesy of her Museum Association membership. It cost me a tenner.

Before we went in, we did ask at the ticket desk whether the exhibition was suitable for children. We we told their was nothing too gory or scary and with perhaps the exception of the poster for Hellraiser and a clip from a 70’s zombie movie, I’d go along with that. None of our kids, aged from 2 through to 7 had any nightmares last night as a result of seeing it at any rate.

The exhibition runs chronologically, starting with Horace Walpole’s The Castle of Otranto from the 1760’s, up to the Twilight novels. Obviously as the exhibition is at the British Library, there is a heavy focus on the literary aspect of the Gothic tradition but there are also several film clips, and quite a section on film posters. In terms of film clips, there is something from Bride of Frankenstein, The Wicker-man, and a couple of others. Nothing too graphic though…

It was interesting to see the number of vampire novels that were written before Dracula, particularly Varney the Vampire. In fact there were several Gothic classics that I now want to dig out. Interestingly a lot of what we now consider Gothic novels were actually marketed as romantic encounters at the time. 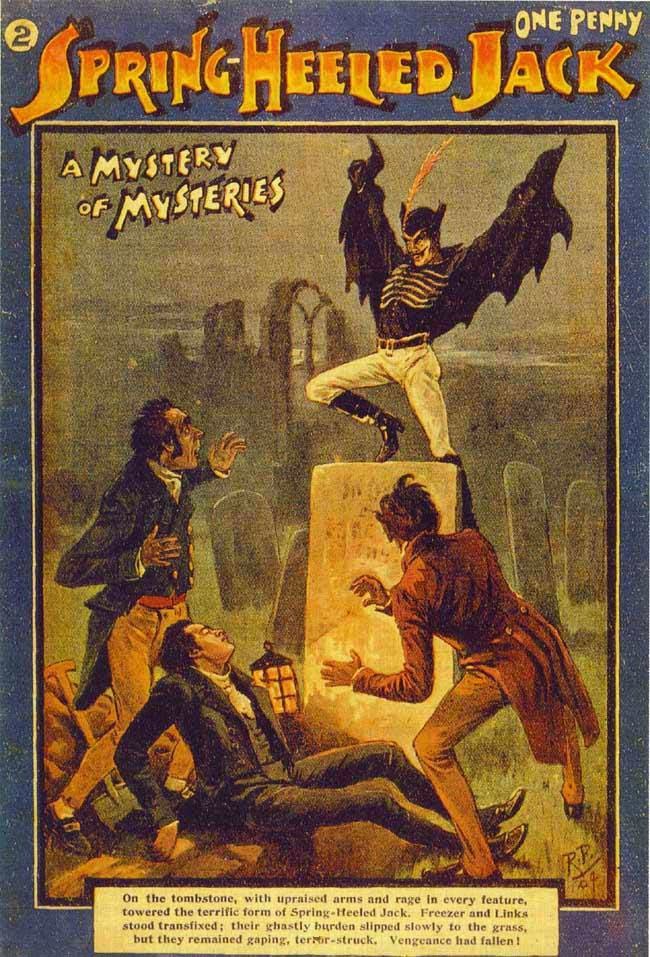 There are tons of fascinating items on display, ranging from Penny Dreadful covers with Springheeled Jack (dating from 1904 and looking very much like an inspiration for Batman), to my personal favourite, a letter written to the police by Jack the Ripper. Unfortunately there is an understandable ban on photography given the delicacy of some of the paper based object. Further though, one of two of the items are so dimly displayed you can’t actually see them. In these instances it would have perhaps been better to have had a reproduction alongside that visitors could actually see.

It’s a wonderful exhibition though, not suffering from the problem that a lot of the museum “blockbusters” have; a certain degree of dumbing down, and I shall probably be making a return visit before it shuts.

In terms of suitability for kids, there is relatively little to scare them excessively aside from what I’ve previously mentioned. There are large parts of the exhibition that probably won’t engage them though. Specifically a lot of the historic books, accompanied by quite densely packed text panels. However a lot of the objects are wonderful in their ghoulishness, like the skeleton clock, the Were-Rabbit from Wallace & Gromit Curse of the Were-Rabbit or the Alexander McQueen dress. Some of the illustrations from early editions of some of the Gothic classics were really interesting too, showing the evolution of Frankenstein’s Monster into the flat headed iconic figure we all know from the 1930’s Universal movie. The exhibition space at the British Library is well used but it can bottle neck at the entrance, so it might be best to skip past that and see it again before exiting (there is timed entry so it can be busy on the hour). Our kids had fun picking their favourite objects and spotting the pictures from the free guide leaflet. Ned was particularly pleased he found the Yellow Book. The stairs (a small flight at the beginning and a much larger flight at the end) make it unsuitable for pushchairs but you can chain those up in the locker room (with your personal belongings in a locker) if you want to walk around carrying a toddler.

To the celebrate Terror and Wonder: The Gothic Imagination exhibition the British Library has set up a competition to win a holiday to Transylvania!  Here, the winners can delve into the history surrounding Vlad the Impaler – the inspiration behind Bram Stoker’s Dracula.

I will leave you with the wonderfully moody trailer for the exhibition, which is a work of art in itself: