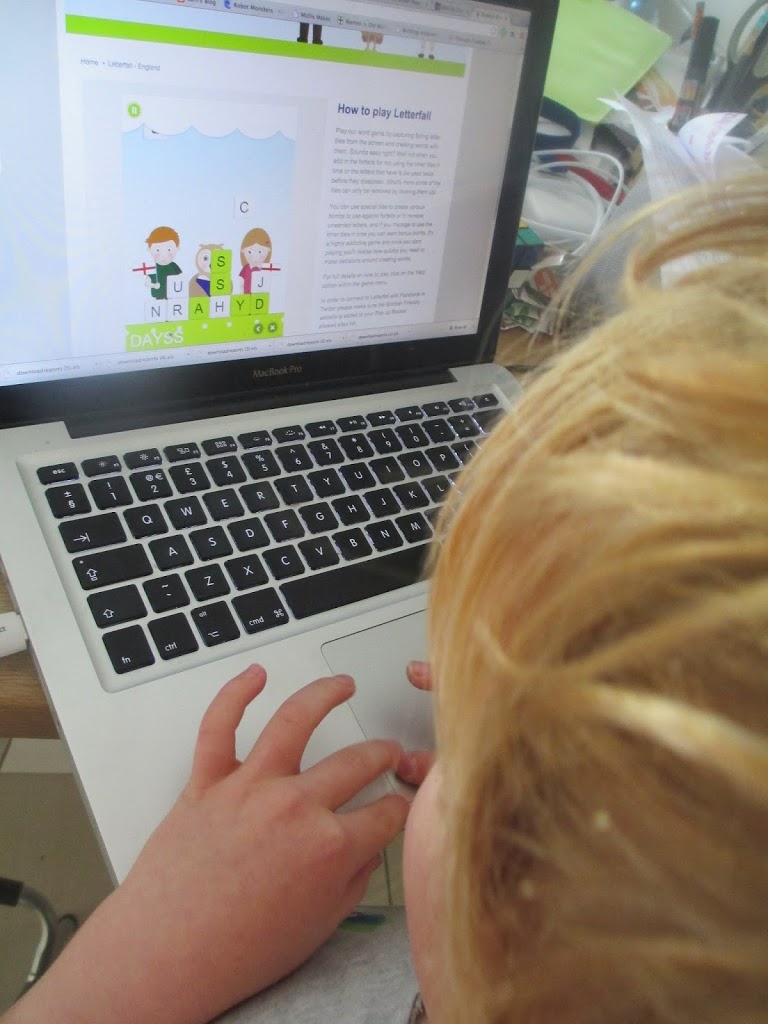 Two of the things that we hot on in our house are reading and video games. Not necessarily in that order either, unfortunately. Fortunately for us however, Scottish Friendly have released an online game that as well as being fiendishly addictive, also encourages kids to build their vocabulary If your children like easy to pick up video games they will love and if you are anything like me, you’ll get addicted to yourself. Considering our house has a gaming PC, a Wii U, two 3DS’s, a PS3 and a Xbox 360, the amount of time I spend playing browser games is more than a little embarrassing.

The Letterfall UK Championship is part of Scottish Friendly’s work to children’s literacy. Video games, even simplistic ones can trick kids into learning without realising it, which is something we can all applaud, especially as the boy (7) has realised he’s got a long stretch left at school before it stops being something that’s compulsory. He even told us he didn’t fancy going in the other day.

The thing is actually a proper championship with a leaderboard and everything, so you are in competition with real life people, As the person who used to read an old 1950’s dictionary for fun during my teenage years, I can’t really see a reason why I shouldn’t win at this. I just need to put the hours in…

Nichola competed in the ‘Letterfall Championship 2014’ (a popular online, Scrabble®-inspired word game), run by ISA provider Scottish Friendly, along with hundreds of other people from all over the country.

The competition ran over two months with Ms Leaver, who hails from Wrexham and studies in Chester, winning the regional championship for Wales.  In the UK Final she finished the tournament in top spot having used words such as ‘quivered’, ‘cuticles’ and ‘flounder’ to arrive at an impressive score of 62,414 – more than 13,000 points clear of her nearest rival. As a keen word game player, I must say getting the letters for and working out something as long as quivered is particularly impressive.

Ms Leaver commented: “I’ve always loved word games but to be honest, I never thought I was going to win. Letterfall is an easy game to play, but when the pressure is on, especially when you are closing in on the top score, it did get a little nerve-racking.”

Fingers crossed I do better in the 2015 competition.

The competition is open to UK residents and has cash prizes on offer. You can find the game online here.
Taking part is easy, all you need to do is select your country of residence, play the game and try for the highest score in your nations leaderboard. The top player from each country by noon on Monday 3rd November 2014 will win £100 each and be eligible to go forward into the grand final which is going to be held in Glasgow on the 28th November 2014 where they can compete in the play-off competition to win £500 and the coveted Letterfall National Champion Trophy.