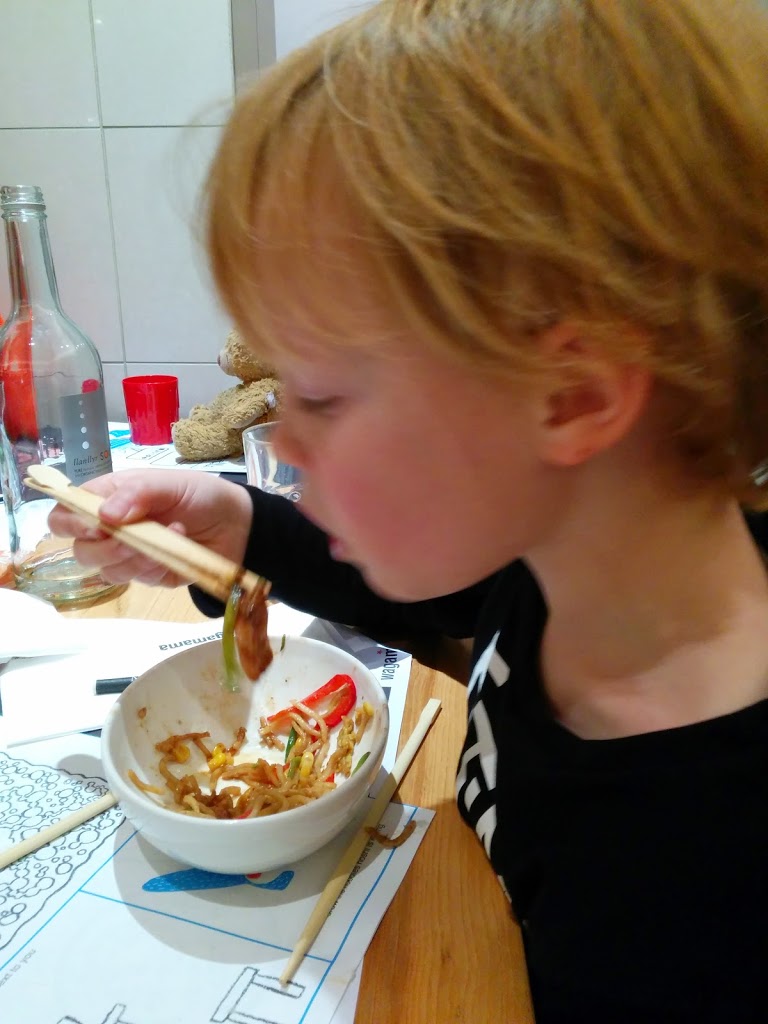 We don’t eat out very often because of the cost but when we do, we try to make sure we expose the kids to all sorts of different food. Yes, occasionally it does involve a trip to the golden arches but more often than not, we end up somewhere that serves slightly more exotic food. On Saturday we popped into Wagamama’s after the screening of Paddington (if you’re interested, you can see our review here) for a spot of lunch. We’ve been semi regulars at Wagamamas for years and wifey even used to go when she was at UCL and they only had the one restaurant. If you’re not from the South and haven’t heard of the chain, they’re basically a noodle bar.

There are plenty of nice places to eat and ironically, it’s more or less impossible now to go out and eat traditional British food. Fortunately from the early days of weaning, we’ve made sure all our kids try stuff like pasta, curries and noodles. We even make a nice home made Thai Green Curry, complete with fish sauce and what not.

But back to Wagamamas, I had a katsu curry (vegetables and rice), wifey had a yasi yaki soba (a vegetable based noodle dish), Fifi and Ned had the same but in a kids sized portion and the boy had a grilled fish noodle dish. They all managed (to varying degrees of success) with the kids chopsticks too. Which was nice. All in all it came to £34 for the five of us, which whilst not being something we could afford to do every month, was a nice treat all the same.

I think we’re lucky that our kids have a fairly adventurous approach to food. A lot of kids their age are still in the nugget and chips phase, so to have kids that will at least try everything, even if they don’t like it in the end, is really great.