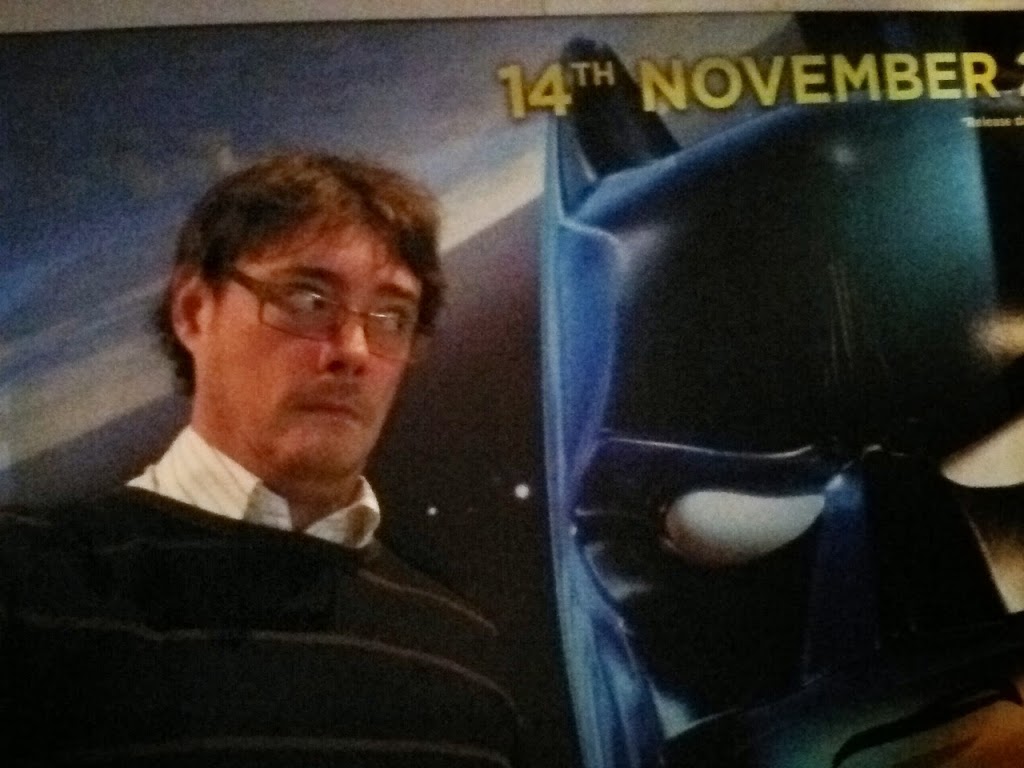 When I went to the launch event for Lego Batman 3: Beyond Gotham at the London Planetarium last week, there was one thing that really stood out for me with the game and that was the teams love for the characters and world they were creating. The lead developer ran through a couple of levels in freeplay to show us some of the unlocked characters (all 150 of them), and the character quirks that each has. While the special skills may be similar from character to character, each character has his or her own distinctive animations and costumes, and it’s this attention to detail that is really stand out. For example, the first time Wonder Woman takes to the air, the 1970’s TV show theme tune plays quietly in the background (and continues to do so every time she flies in fact) and Cyborg’s stealth suit that allows him to sneak past cameras is actually a washing machine. All these little touches show a development team with the time to make a wonderfully polished game, rather than a game that’s shoved out the door half finished and patched later.

The game is imbued with the wonderful humour that is present in all LEGO games, with some running jokes reappearing throughout the game- I particularly liked Robin’s obsession with a speech that he thought broke Brainiac’s mind control over Batman. There are also loads of subtle references to DC superheroes that will go over most peoples heads but if you’re a comic book aficionado, you’ll appreciate moments like Killer Croc coughing up Doctor Fate’s helmet, which Robin inadvertently uses to avoid Brainiac’s mind control.

Still, there is only so much you can do in terms of playing a game at a launch event and even if the game looked lovely on a PS4, I don’t have one, and in the absence of the Wii U version to take home, I settled for the old gen Xbox 360 version. To be fair, although all the LEGO games look lush, they also look lush on the previous gen hardware, so it was no great loss.

We have an interesting relationship with the LEGO games in our household. We loved LEGO City Uncovered on the Wii U- it was basically a kid friendly version of Grand Theft Auto-and have played a fair bit of LEGO Star Wars Trilogy, some of the first two LEGO Batman games and some of the LEGO Harry Potter games. As the boy has gotten older, the amount we’ve played has increased but even at 7, some of the puzzles are a little obtuse for him to solve on his own, so we’ve tended to do co-op play.

Although it’s the third game in the LEGO Batman series, in reality Lego Batman 3: Beyond Gotham is really the DC universe equivalent of LEGO Marvel Superheroes. In LEGO Batman 2 the player got to control some of the other Justice League characters but that happened right at the end of the game; here you can play with all the big hitters much earlier on. You get to use a wide variety of DC superheroes during the course of the game, and some of the puzzles can’t be progressed without swapping to some hero or other, so they’re not there just for eye candy. There is a particular puzzle on Brainiac’s spaceship that requires Wonder Woman to use her bracelets to bounce a laser beam onto an object which stands out particularly in my mind.

There is a different dynamic to  Lego Batman 3: Beyond Gotham compared to previous iterations though. Previous games were a lot more story driven and linear in progress,  Lego Batman 3: Beyond Gotham has a central hub in the Justice League Watchtower which can teleport you to various different locations. All the places you go are interesting and packed with other stuff to do besides the main missions but what it does do is slightly diminish from the “game world” by making it feel more like a number of separate and distinct levels. It’s not so much a criticism, more of an observation really.

I have to say I was hooked from the start:

Once or twice a puzzle has been too obtuse and I’ve had to resort to the internet to find out what I’m actually supposed to do- for example there’s a bit on Brainiac’s spaceship where you need to smash some LEGO constructs that are off the ground and you can’t reach by just using the attack button to get some jumping bricks to build a switch but you can’t see easily that the things are destructible because you’re looking in through a window, or there’s another instance where you have to use a big tough character to shatter a wall of mirrors to reveal the lift behind them, neither of which I’d probably have got in a hundred years of wandering around- and on another occasion, after defeating Brainiac on his spaceship, I had no proper idea where I had to go or what I had to do next to continue the main story.

Still, that perhaps says more about me and my ability to solve puzzles than it does about the game, and these are the exact sort of puzzles that fill pretty much every LEGO videogame anyway but don’t expect your small child to waltz through the game on their own without fairly regular help from you. The freeplay option is much more suited to letting younger children have some fun, and you can unlock this for each individual level when you complete it. Unlocked levels in freeplay are accessible from the Watchtower and you can pick and choose any of the characters you’ve unlocked to play through with too. If you Google Lego Batman 3: Beyond Gotham character unlock codes, you might even find a few unlockable characters to get you started.

You may notice on the game’s front end screen there is an option for something called a “season pass”. If you’re wondering what this relates to, it basically means you can pay a one off amount for all the future downloadable content. I’m not going to get into a discussion about the pros and cons of downloadable content but I will say in this instance it doesn’t feel like a lot of the content has been stripped out of the game only to be sold to the buyer at a later date as extra content. This is in complete contrast to a lot of other games out there, so should be held as a big positive. Having said that, the £11.99 that you can pay for the season pass will get you access to 40 extra characters, vehicles, achievements and much more. On it’s own £11.99 isn’t a huge amount but on top of a £40 game, it does put the overall cost of ownership up. Of course you don’t have to buy it and if the small person in your house doesn’t know it’s available, that removes one potential issue right from the start.

We’ve thoroughly enjoyed Lego Batman 3: Beyond Gotham, it has been played excessively this week past, and it was a struggle to get the boy to do his homework on Saturday before we sat down for what, predictably, turned into a massive gaming session. Traveller’s Tales has done a great job in making an immersive world for all ages to play in.