As the mound of turkey shows no sign of diminishing, I give thanks that we’ve made it through another Christmas period unscathed. To be honest, on Christmas Eve it wasn’t looking to promising. We had sat down in the church for their family service at about 4pm, only to find the small child in the pew in front of us had spent most of the last day being violently sick. In fact he disappeared during the service to do the dirty in the church toilets about half way through.

We have been lucky this year with sick bugs but this seemed like we’d be pushing our luck a little too far this time. Fortunately we managed to stave it off and seem to have past the time where we might have got it. I had several large medicinal brandies when we got back from church, just to be on the safe side. 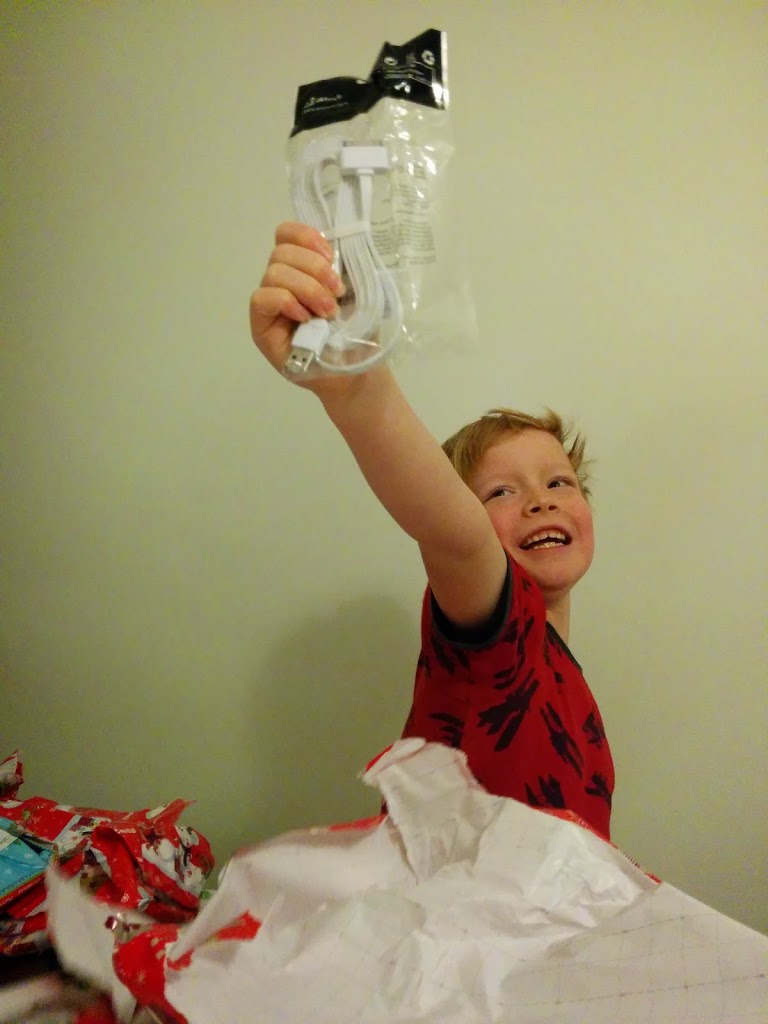 Christmas day was a great day but a tiring one. Fifi woke up at around 3am, too excited to sleep. I ended up moving into her bed as she spent the next 3 hours talking to wifey, who had a very bad head cold and was having trouble sleeping anyway. The kids got up properly at around 6am, and had 5 hours of hardcore playing until we went to my parents at around 11ish.

My dad has undergone some sort of transformation since he went on a yoga holiday in the Autumn. What I like to think of as one of his major hobbies, drinking two bottles of vino a day, has been completely banished and replaced with the consumption of excessive amounts of lentils. Fortunately we still had turkey.

We rounded the day off with the Doctor Who Christmas “special”. It wasn’t very special to be honest and was a little too metaphysical for the kids. Dreams within dreams? Questions over the concept of the construction of reality are a bit much at half six on Christmas day. Still it looks like eyebrows girl is staying, an apparent about face from the actress, so it wasn’t all bad. Given that he’s linked with pretty much everything at the moment, I have expected Idris Elba to be announced as the Doctor’s new companion.

Boxing day was a day at home, with another full Christmas dinner cooked (by me this time!) as our lovely in laws came round. I’m lucky that I have a great set of in laws who are really easy to get on with but even so, another night of limited Ned sleep meant it was a long day again.

But we survived and everybody had fun and enjoyed themselves. I managed to sneak out to the toilet as the boy lost at Monopoly so avoided a potential flash point. In fact the first time I lost my temper with anyone was yesterday when the boy dragged out going to bed longer than was strictly necessary, even for him.

Hope you all survived Christmas too!