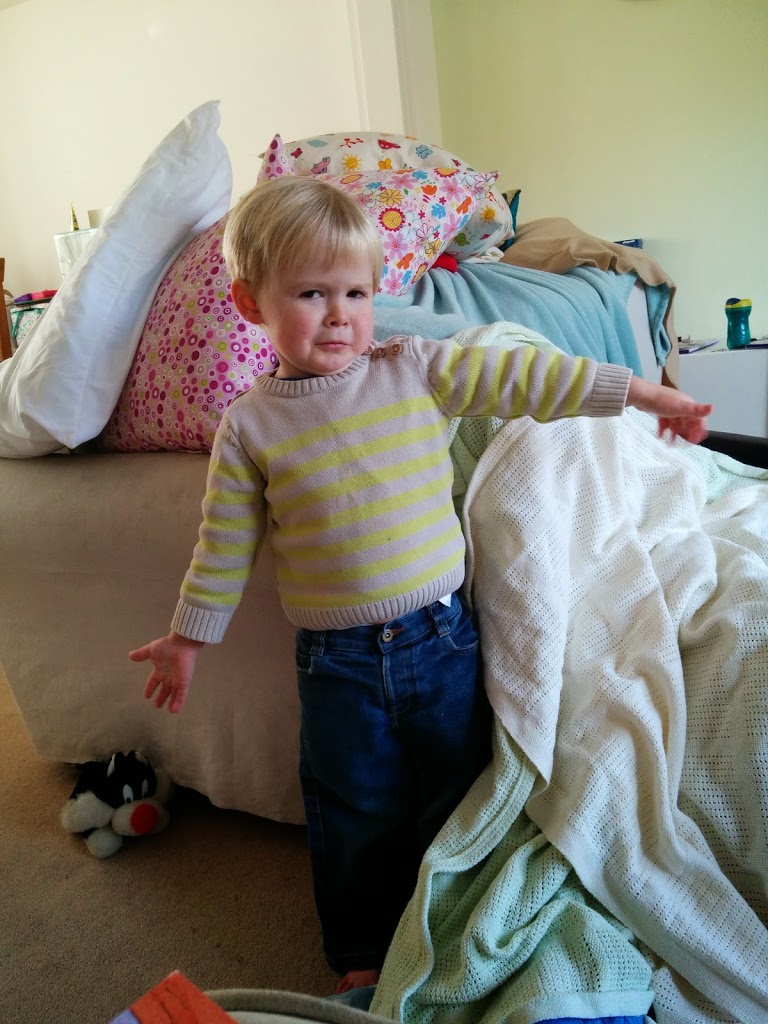 The kids are always trashing their beds or the sofas to make dens. It’s become so bad in the sitting room, I’ve given up even being annoyed at having to sit on the floor to be honest.

The dens are getting a lot more elaborate though and today we had such a construct that Ned was tasked with guarding it when the boy needed to go to the toilet.

The den in question used all four of the sofas cushions, every actual cushion we own (aside from the one that wifey was clinging to and will probably be clinging to forever more), two duvets, four throws, a footstool and part of the IKEA sofa bed from the playroom. It was apparently large enough inside for Ned and the boy to sit together without too much of a squash or a squeeze.

From the outside the mother of all dens looked like this: 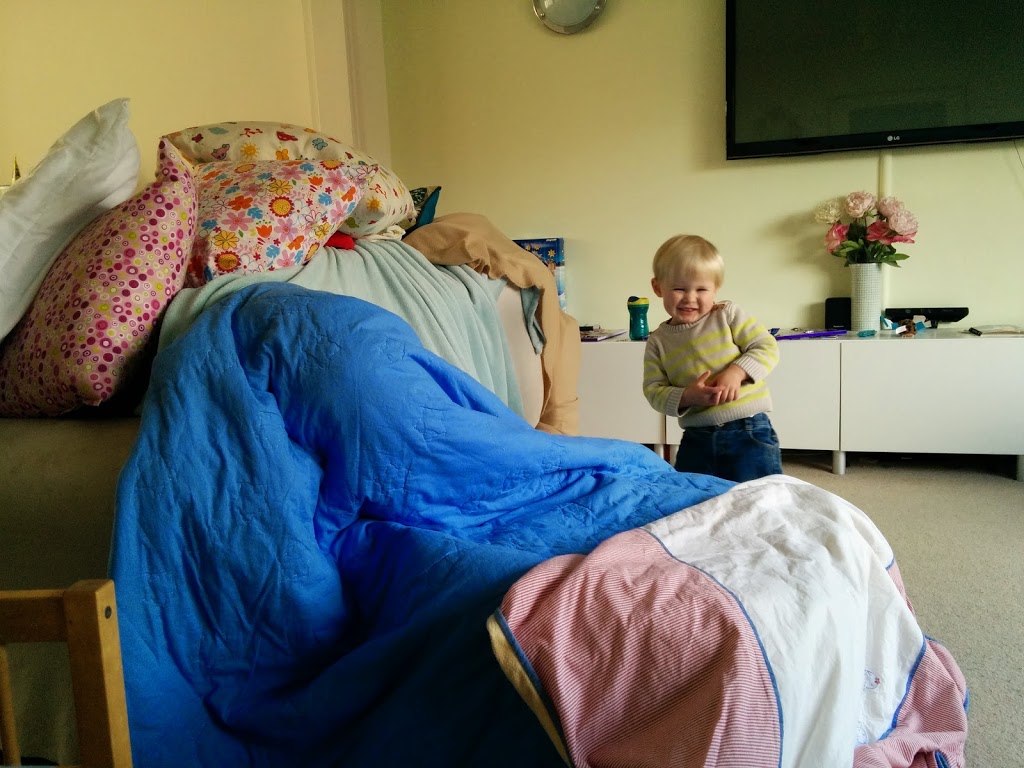 Yes, there is a sofa in there somewhere. Honest there is.